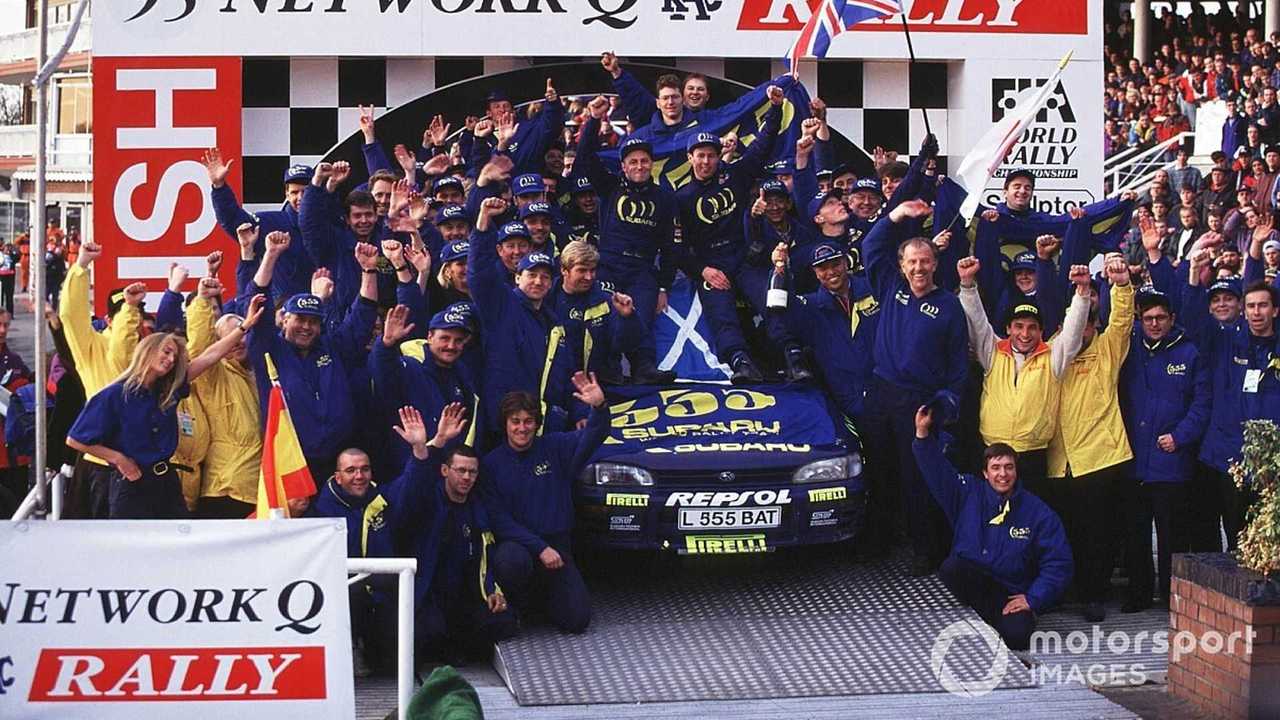 A documentary marking 25 years since Colin McRae became the first British driver to win the World Rally title will be aired this week.

Called 'Colin McRae: 25 Years A Champion', the programme features interviews with McRae's team boss at the time Dave Richards, and McRae's father Jimmy who is reunited with the title-winning 'L555 BAT' car at Kames Race Circuit.

Without his parent's say-so, Kames was the place McRae Jr made his competition debut aged just 10, at the wheel of an untaxed Hillman Avenger bearing fake registration plates.

Viewers will also hear from McRae's daughter Hollie and how success never changed him as a parent despite the popular Lanark man living his life very much in the public eye.

"For the first eight years of my life, I didn't really know Colin McRae the world champion driver, I just knew him as dad and that's all he was," she said. "Occasionally he would go and do some pretty 'out there' things, but to me he was just dad.

"He would go off and do some pretty cool things and come back with some great stories, but when he was around the house he was just like anybody else's dad. He was loving, he was caring, that's what still sticks with me."

In 1995, urged on by tens of thousands of fans who lined the Sunday route, McRae secured the World drivers' crown on home soil with victory at the RAC Rally.

The heroic display captured the hearts and minds of the British public and made the front and back pages of the national papers.

McRae and Subaru teammate Carlos Sainz headed into the deciding round of that year's series tied at the top of the championship after controversial team orders forced McRae to gift victory to the Spaniard at the penultimate round in Spain.

McRae led the gravel event before slipping behind Sainz after picking up a puncture but incredibly, he fought back to claim a 36-second victory and secure the title by five points.

The achievement - which the Scotsman celebrated in typically flamboyant style by performing doughnuts in his 555 liveried Subaru Impreza at Exeter Race Course - was also significant as McRae became the youngest-ever winner of the sport's world title.

"I can always remember the finish and the doughnuts," said Jimmy McRae, himself a decorated competitor who won the British title five times.

"The crowds that were there, it was unbelievable. I think most of Lanark [the family's hometown] turned up down there, pretty sure he was going to win it.

"One of the things Colin said, I can't remember if it was at the end of the last stage or back in Chester, he just said, 'World Champion, the world's a big place, isn't it?' I always remember that."

'Colin McRae: 25 Years a Champion' will be available from regular WRC broadcasters as well as the WRC+ channel from this Friday.