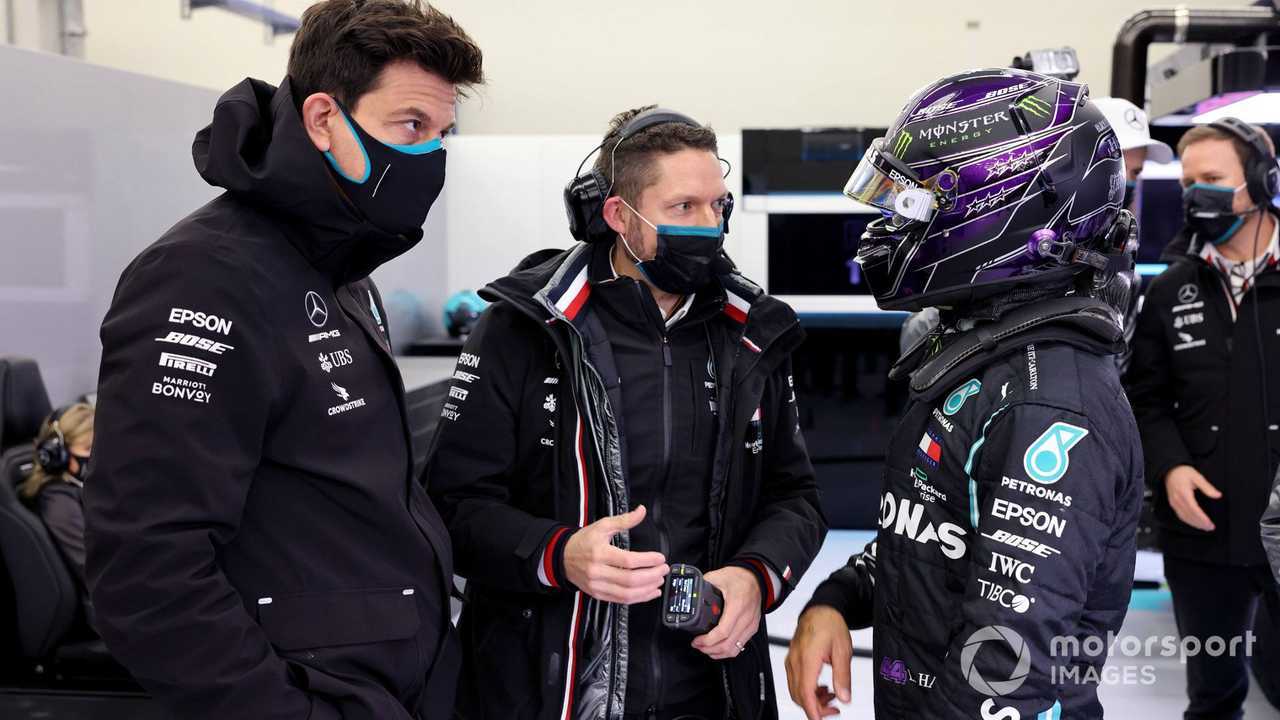 Mercedes may wait until after the final race of the F1 season to strike a new contract with Hamilton, according to team principal Wolff

Hamilton clinched his seventh F1 world championship with a dominant victory in Sunday’s Turkish Grand Prix, wrapping up the title with three races to spare.

Hamilton is out of contract at the end of the year, but he is widely expected to remain with Mercedes, with the two sides taking a relaxed approach to opening contract talks.

Mercedes F1 chief Wolff did not want to put a timeframe on when a new deal would be agreed and announced, saying it was possible it may wait until after the final three race run in Bahrain and Abu Dhabi is over.

“I think more than likely, we are looking towards the end of the year,” Wolff said.

“Not that we wouldn’t find time for each other, but I don’t want to put ourselves under pressure to say before Bahrain or before Abu Dhabi we will announce a new contract.

“There isn't any pressure. When it’s done, it’s done.”

Hamilton and Wolff previously said they wanted to wait until the championships were settled before opening contract talks.

Hamilton said in the wake of his victory it was “something we do need to get onto”, but wanted talks over a new deal to be “organic and not something that's forced”.

“I just always think, through the year just that I’ve got a job to do, I’ve got a contract in place, I don’t feel like I should add pressure,” Hamilton said.

“I wanted to put it aside and wait until the job is done. So, probably over these next weeks – we’ve got three weeks in the Middle East – now it’s a bit more chilled, but I still have three races ahead of me that I want to win.

Wolff: Mercedes not ‘cornered’ in contract talks with Hamilton

Hamilton hit the headlines after winning the Emilia Romagna Grand Prix at Imola two weeks ago when he said there were “no guarantees” he would be on the grid next year.

But Wolff expressed his confidence after the race in Turkey that Hamilton and Mercedes were still motivated to work together and make more history.

“He loves racing, and the competition, as does the team and myself,” Wolff said.

“I think if we wouldn’t have the competition against the stop watch, life would be not as fun.

“So I see us going for more next year, maybe putting another great year on, and then we have this tremendous challenging regulation change for 2022.