2022 Kia Sportage spied getting a workout at the Nurburgring 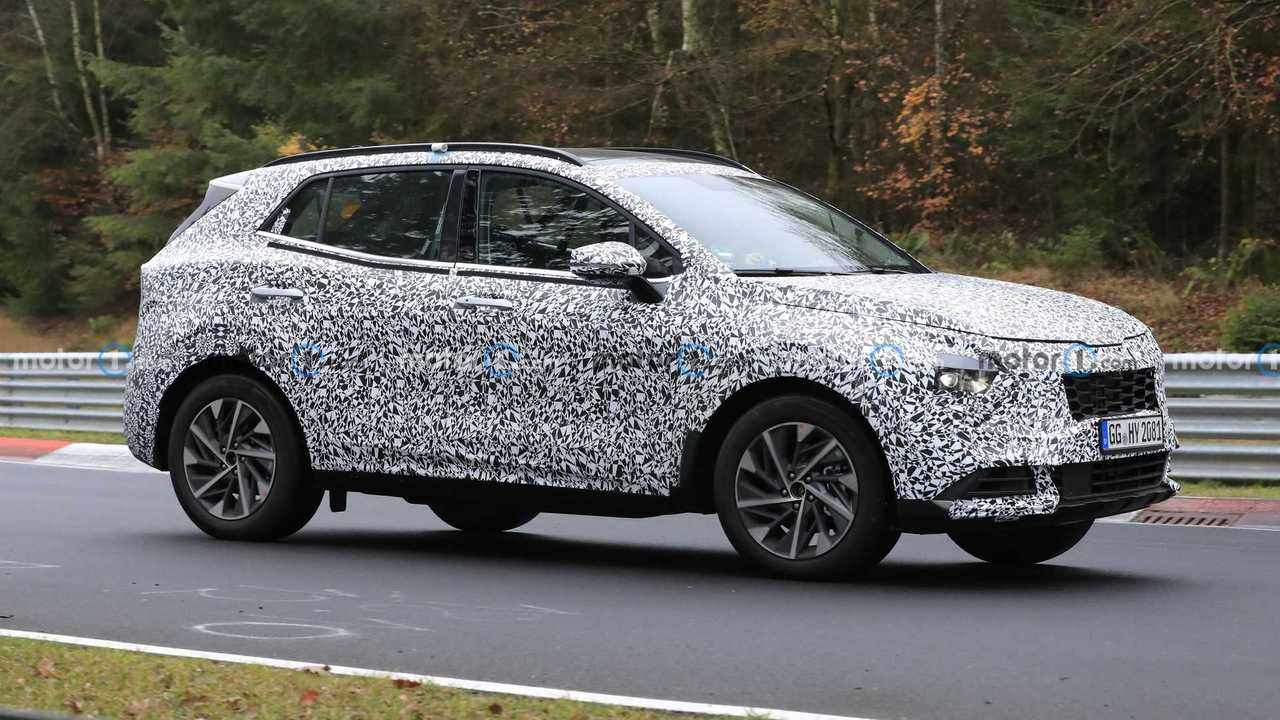 There's lots of camouflage, but there are clearly big design changes coming to this crossover.

The next-gen Kia Sportage is now deep into development ahead of a debut that could happen in April 2021. This batch of spy shots shows the new crossover getting in some laps at the Nüburgring Nordschleife.

Compared to an earlier spy video, this one loses the black fabric covering over the body. However, the camouflage wrap on the Sportage in these photos still hides a lot. Up front, the outer edge of the more angular headlights is visible, and there are also sharp angles for the openings in the lower fascia.

When viewing this model in profile, it's clear that the next-gen Sportage has a more chiseled shape than the current rounded design. Like at the front, the engineers only allow the world to see the outer edges of the taillights.

While there are no quality images of the cabin yet, there are likely big updates so that the Sportage can keep up in the competitive crossover segment. More screens and bigger ones are to be expected given what other companies are doing. Safety assistance tech should improve, too.

The new Sportage will share underpinnings with the latest Hyundai Tucson. Depending on the market, buyers will have lots of powertrain options, including petrol- and diesel-fueled combustion engines, a hybrid, and plug-in hybrid. Front- and all-wheel-drive layouts will be available.

Depending on the market, there will possibly be two wheelbase lengths available. The long-wheelbase would go to countries where extra legroom in the back is a priority for buyers.

Following the April debut, expect the new Sportage to be on sale in the UK before the end of the year. The company might stage a staggered introduction of the various powertrains, though, like bringing a PHEV variant later.