Wolff: Mercedes not ‘cornered’ in contract talks with Hamilton 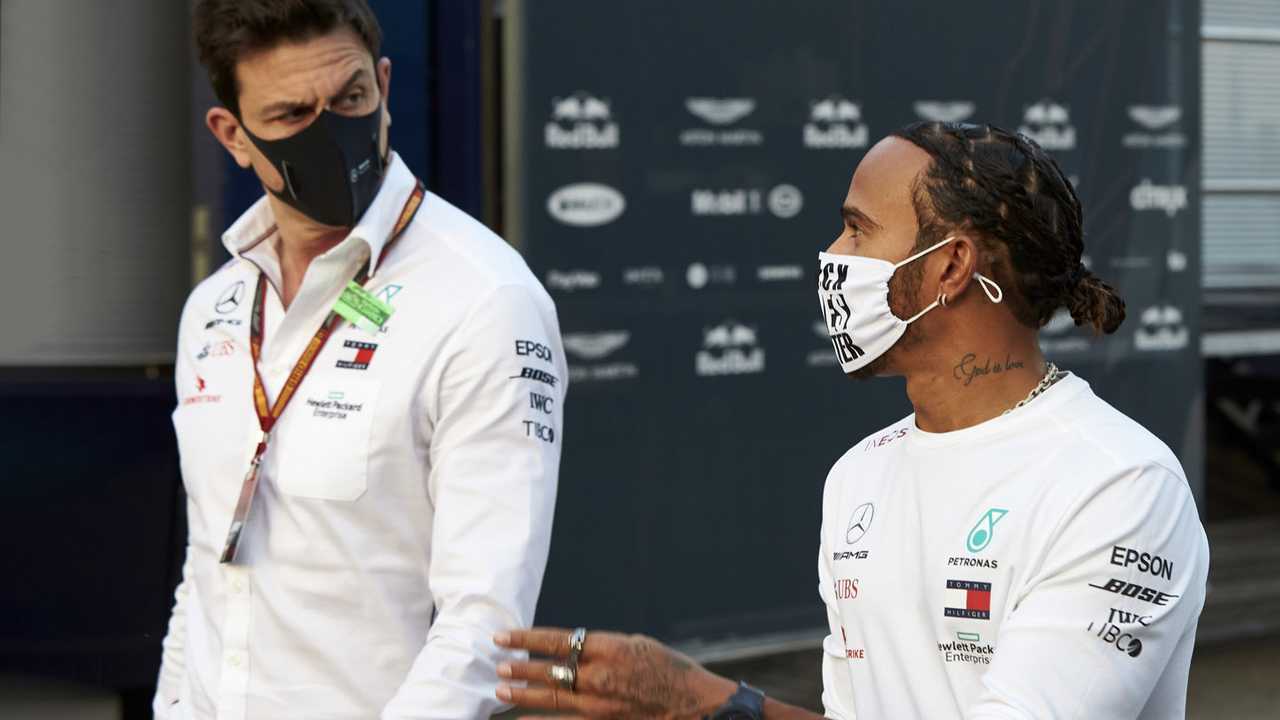 Toto Wolff has rejected the suggestion Mercedes could be 'cornered' in contract talks with Lewis Hamilton.

Hamilton’s existing F1 contract with Mercedes expires at the end of the 2020 season, but the six-time world champion has said he is eager to renew terms with the German marque.

Both parties have taken a relaxed approach to sitting down to agree new terms, and although Hamilton said after the last race at Imola there were “no guarantees” he would be racing next year, he is widely expected to sign a new deal.

Hamilton said earlier this week that his new deal with Mercedes must consider the bigger picture outside of the racing team, saying he wants to “help them on the quest in pushing for change” across the company.

Hamilton can wrap up a record-equalling seventh F1 world title in Sunday’s Turkish Grand Prix, which would come two weeks after Mercedes secured its own seventh constructors’ championship.

Mercedes F1 chief Wolff was unwilling to put a date on when contract talks would begin with Hamilton, but said it had been agreed to only start once both titles had been settled.

“I don’t want to drop a date here because, if I do, everybody’s going to ask at every single race,” Wolff said.

“But this is what we agreed. I think it was important to make sure that we have both titles secured and then have a more relaxed approach to the discussion about the future.”

Mercedes is one of four teams yet to finalise its line-up for next year, with announcements yet to be made by Red Bull, AlphaTauri and Haas.

Asked how relaxed he could be given there were less than seven weeks left in the year, and that if he felt at all cornered in talks with Hamilton, Wolff replied: “No, not at all.

“It’s a good dependence on each other.

"We would like him in the car and I think he wants to drive the Mercedes – because it’s competitive.

Hamilton will be crowned world champion for a seventh time on Sunday so long as teammate Valtteri Bottas fails to outscore him by eight points.