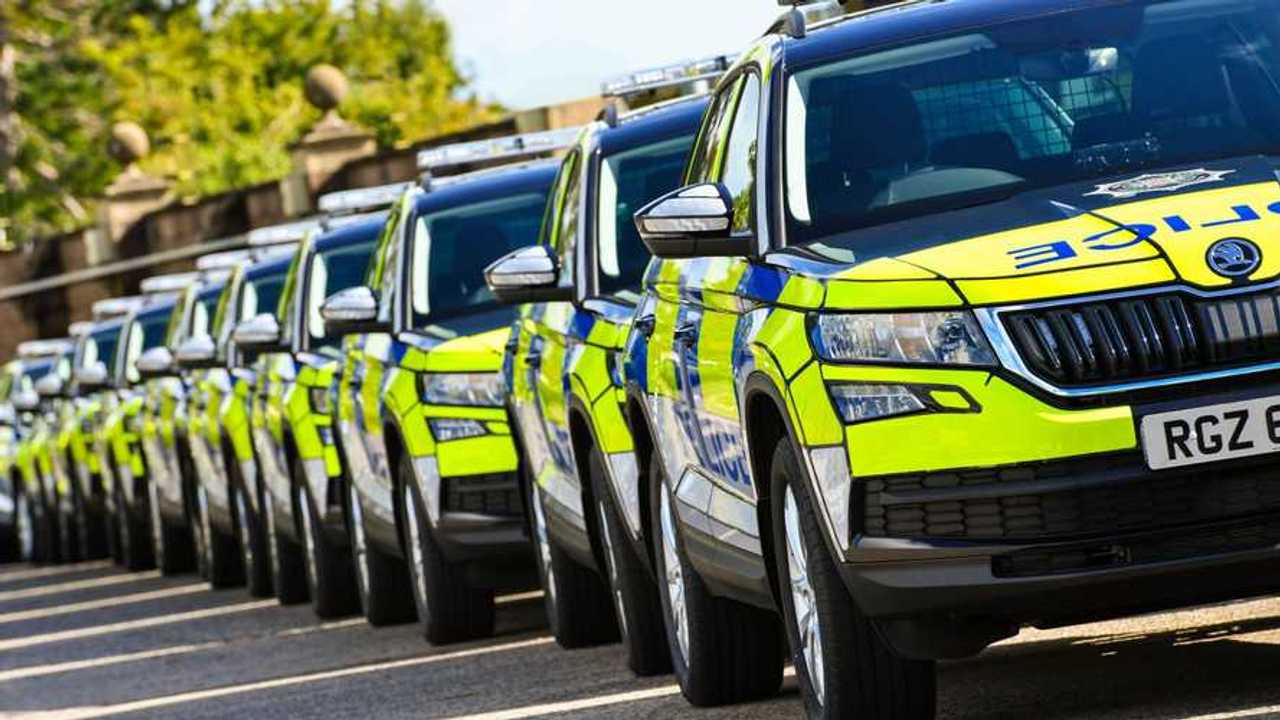 Police in Northern Ireland have taken on a fleet of 50 new Skoda Kodiaq SUVs to work as “interceptor vehicles”. Supplied in entry level SE guise and with 2-litre diesel engines, the black 4x4s will be deployed in various roles across the country, including the policing of Northern Irish roads.

The Police Service of Northern Ireland (PSNI) has taken on the vehicles to help cover its 14,000-square-mile beat, which is home to 1.8 million people. All 50 Kodiaqs are four-wheel-drive examples, allowing them to traverse the rugged terrain found in more rural and remote parts of Northern Ireland.

As standard, the Kodiaq SE comes with 18-inch alloy wheels, two-zone climate control and keyless start, as well as privacy glass, a touchscreen infotainment system and rear parking sensors. However, PSNI has added a few optional extras, including the light bar and high-visibility ‘battenburg’ livery.

Each vehicle is powered by a 148 bhp 2-litre diesel engine, which works with a seven-speed automatic gearbox to offer a top speed of 122 mph. Perhaps more importantly, though, the cars come with a massive 835-litre boot and the ability to return 47.8 mpg.

“The introduction of the new Skoda Kodiaq models will bolster our policing presence and visibility across the country,” said Marcus Belshaw, the head of transport services at the Police Service of Northern Ireland. “Our officers work tirelessly to protect the public across all areas of our community and the addition of these vehicles means that they can continue to do this effectively and safely.”

However, despite their merits, the Kodiaqs are not the only Skoda models joining PSNI’s fleet. The order for 50 of the family SUVs has been supplemented by the arrival of five Superbs – models that have already seen police service with numerous UK forces.

In fact, both models have been the subject of numerous ‘blue light’ conversion projects in recent years, with Skoda keen to show off its vehicles’ capability to police, fire and ambulance crews. The company has created police versions of the Scala, Karoq and Kodiaq vRS, as well as a dog van version of the conventional Kodiaq. The company has showcased the Kodiaq in ambulance form, too, and West Sussex Fire and Rescue Service took on a fleet of 30 Kodiaqs earlier this year.