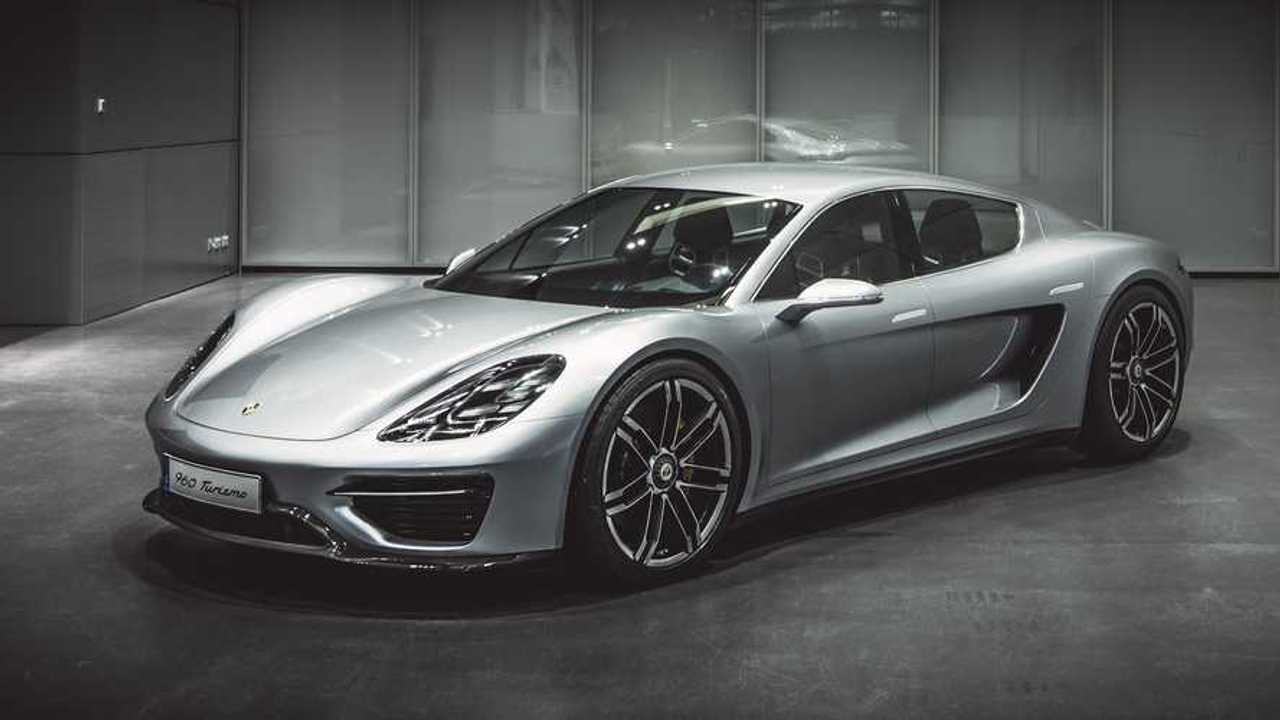 On September 14, 2015, Porsche took the Frankfurt Motor Show by storm with the unveiling of the spectacular Mission E. The fully electric saloon concept went on to become the Taycan about four years later, but during the development phase, there was another concept that influenced the final product. Yet another previously unseen design study, the Vision Turismo has its roots in a much older concept.

That’s because this 1:1 scale model stems from a drawing of a 918 Spyder, Porsche’s latest hypercar we first saw in concept form back in 2010 at the Geneva Motor Show. The production version was introduced about three and a half years later in Frankfurt. The company’s chief designer Michael Mauer was walking past a 918 sketch and it looked as though the hypercar had rear doors, which immediately piqued his interest.

"When walking past, I saw a schematic representation of the Porsche 918 on a designer's drawing board in our studio. A line had been redrawn with a felt-tip pen to clearly show the falling contour. From the corner of my eye it looked like a rear door joint. I was astonished!"

His first thought was to try and figure out what sort of powertrain would work for a four-seater sports car. A mid-mounted setup was a possibility, but he also didn’t exclude a rear-engined vehicle for a potential 911 with actually usable rear seats. While talking with the rest of the design team, Michael Mauer and his colleagues eventually realised an all-electric powertrain would be the most suitable.

Looking at this scale model that has a “960 Turismo” plate, it’s easy to see the front fascia design is heavily inspired by the 918 Spyder. The rear end with the full-width LED light strip is similar to what you’ll find on a current Panamera as well as other Porsche models. Chopping off the rear doors would make one heck of a 928 revival for that long-rumoured Panamera Coupe, but it’s just wishful thinking on our part.