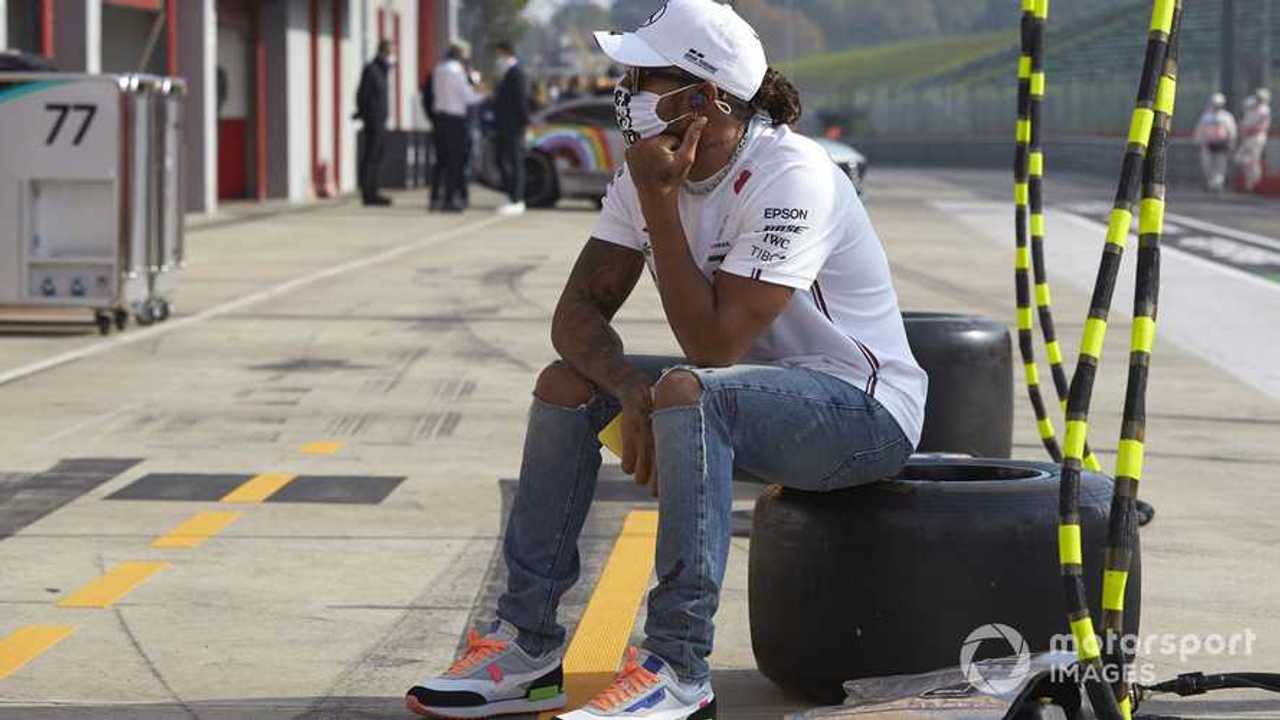 Hamilton says the delays in sorting out a new F1 contract with Mercedes revolve around bigger picture items outside the racing team.

The world champion caused a stir at the last race when he suggested there was 'no guarantee' he would remain with the Mercedes next year, with his current deal running out at the end of this season.

However, both he and the team do intend to continue into 2021, even though talks are not expected to get underway until both world championship titles are decided.

Reflecting on his mindset about those contract discussions ahead of the Turkish Grand Prix, Hamilton said that a decent amount of time needed to be set aside because the new deal had to incorporate other aspects beyond just driving the F1 car.

"I believe I have the best contract that there is, in terms of how it's structured and in terms of time management," he said. "With the team that's put around me, I think it's been great.

"Naturally, I think it's easy just to go and sign that deal and continue not having to think of what's afterwards. And I'm very conscious of the idea that I do want to continue with Mercedes, I would love to help them on this quest in pushing for change.

"They are taking their cars green, and electrifying more, and I want to help them on that road. I would like to help them in terms of pushing for diversity, because that's also within the organization, as with every organization out there.

"There is not enough of it. So there's a lot to discuss, and a lot to go through."

While some interpreted Hamilton's comments after Imola as a suggestion he could walk away from F1, the Briton indicated firmly that his focus was on staying on in the sport.

"I think it's something we'll do, if not after the job is done, then particularly at the end of the year. But nothing is set in stone. I think it's just about talking about it. And at the moment, I don't feel like I'm finished.

"I think there's always areas to improve. I love racing. I love the challenge. And I don't think that's going to change anytime soon."