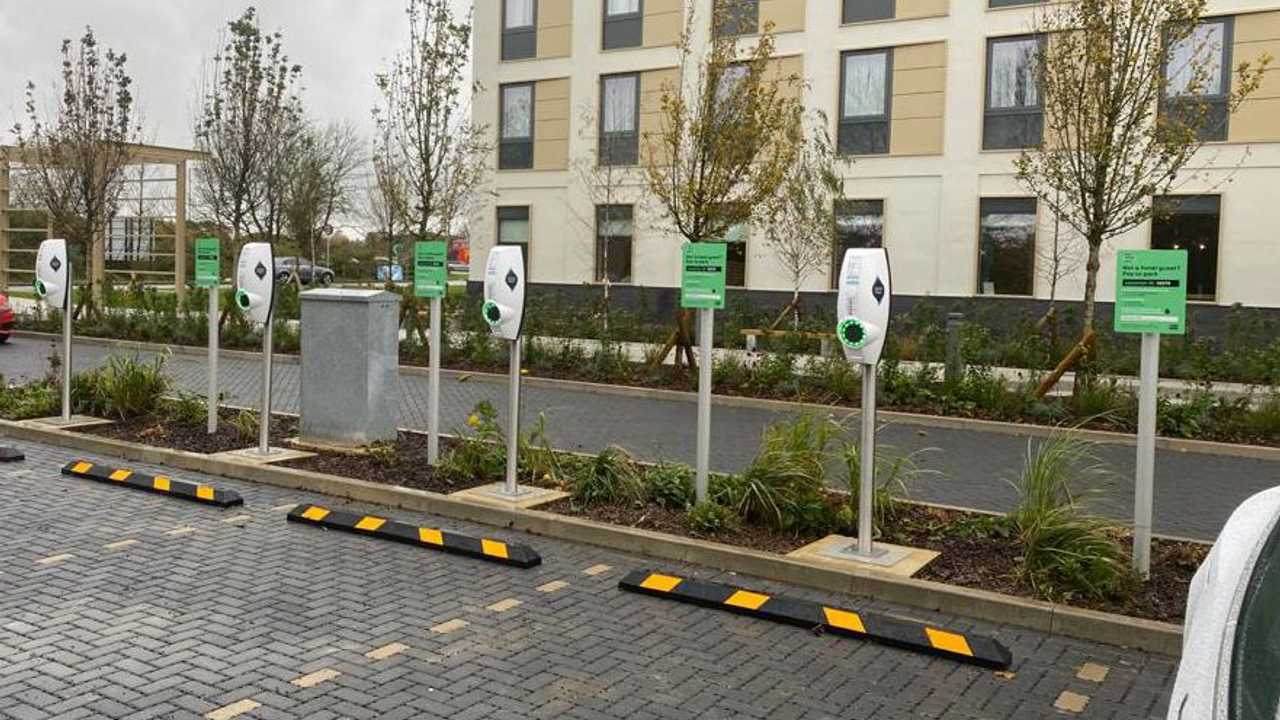 The new scheme is currently being trialled in Bicester.

The online parking portal YourParkingSpace.co.uk has teamed up with Atlas Hotels – the largest franchisee of Holiday Inn Express hotels in the UK – to give EV owners the ability to pre-book 'Express' charging across the country.

The ground-breaking deal marks one of the first times that pre-bookable charging points have been made available in the UK, with the scheme being rolled out as part of a pilot scheme at the newly built Holiday Inn Express Bicester.

Five new charging points have just been installed at the hotel as part of the pilot scheme, while YourParkingSpace.co.uk plans to install a further 250 charge points over the next 12 months at Atlas Hotels properties.

Hotel guests and EV owners will be able to pre-book the charging points via the GeniePoint app at first, with them later being rolled out on the YourParkingSpace website and app.

"This is a great leap forward for the ever-increasing number of EV owners," said Harrison Woods, managing director at YourParkingSpace.co.uk.

"Over the next 12 months we plan to open up a multitude of UK locations, with Atlas Hotels at the forefront of the roll-out, where EV drivers will be able to pre-book charging for their vehicle, removing the stress of otherwise finding and waiting for a charge point that is being used by another motorist to become available.

"YourParkingSpace.co.uk has ambitious plans to become a leader in the electric vehicle charging market, becoming a go-to destination for customers to find a charging point."

The initiative will also have the added benefit of helping hotels during the testing times we face at the moment, with it attracting paying customers to use their other facilities.

Over 100 UK churches are cashing in on empty parking spaces

"We’re very excited about this initiative. The experience for our customers begins at the start of their journey," said Martin Coombes, operations and product director at Atlas Hotels. "The roll-out of electric charge points will help to eliminate both range anxiety for our EV drivers and the inconvenience of having to stop to charge either before or after their hotel stay.

"We also look forward to welcoming EV drivers who would traditionally not have stopped at one of our hotels, with Park, Charge & Meal deals a real opportunity to increase F&B sales alongside core room revenue."