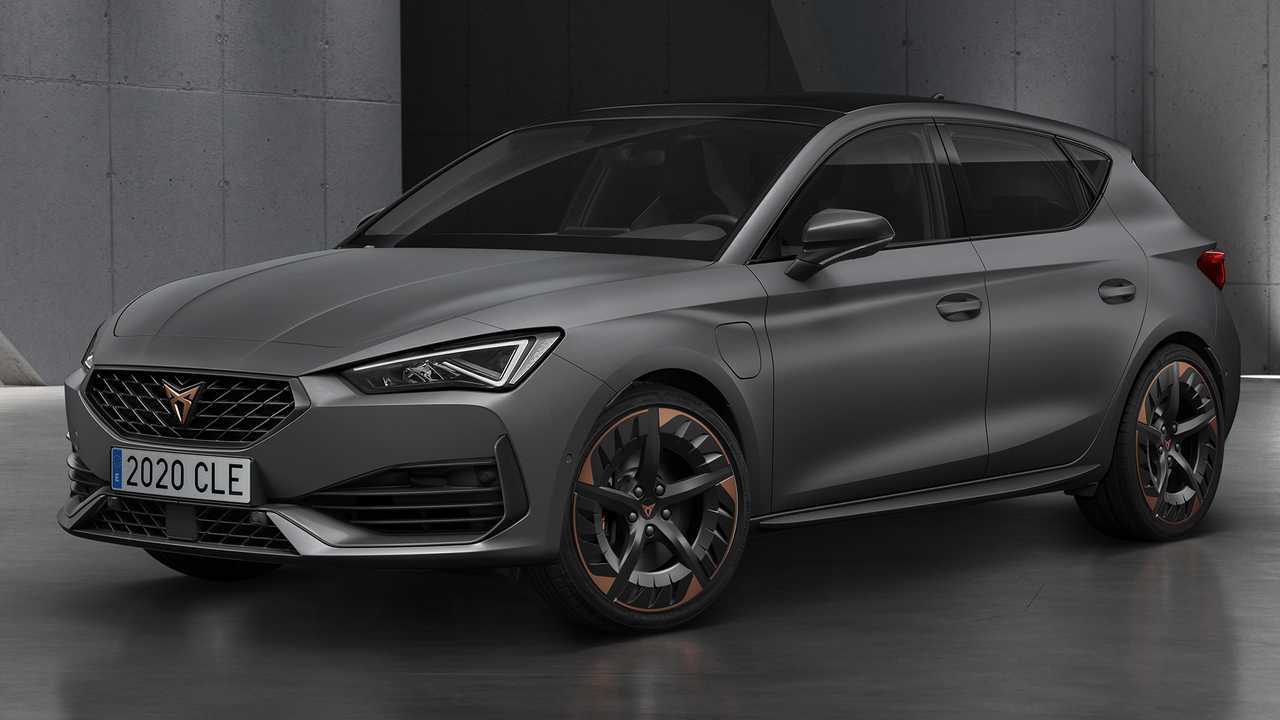 The plug-in hybrid version of the Cupra Leon has gone on sale in the UK with prices starting at just under £34,500. Once the suffix that denoted Seat’s go-faster models, Cupra has become a brand in its own right, although it still builds high-performance versions of vehicles already produced by Seat.

When the new Seat Leon was launched earlier this year, Cupra was tasked with building a faster version, and it duly delivered a 242 bhp 2.0-litre petrol model and an even faster 296 bhp variant. Cupra has even promised a 306 bhp, four-wheel-drive estate version, which is set to launch later this year. Now, though, the company has opened the order books for the plug-in hybrid Cupra Leon E-Hybrid, which pairs a 1.4-litre petrol engine with an electric motor.

Thanks to that combination, the car is just as powerful as the 242 bhp petrol-engined Cupra Leon, but it will manage up to 32 miles on electrical power alone. Officially, it returns more than 217 mpg and emits just 30 g of carbon dioxide per kilometre, yet it will race from 0-62 mph in 6.7 seconds. It’s a little slower than its conventionally powered sibling, then, but it’s more environmentally friendly. At least on paper.

More on the new Cupra Leon:

In exchange for the £34,495 starting price – which makes the car roughly £500 cheaper than the 296 bhp petrol version – you get the ‘basic’ VZ2 with 19-inch alloy wheels, a rear diffuser and twin tailpipes. Inside, the cabin is adorned with chrome and copper-coloured detailing, as well as racing seats and sports pedals.

You get a digital instrument cluster, too, and there’s a 10-inch infotainment screen with the Apple CarPlay and Android Auto smartphone integration systems. Keyless entry and start is also a standard feature, along with safety systems including autonomous emergency braking and lane-keeping assistance.

Upgrading to the VZ3 model will cost you a grand total of £36,225, and for that you get heated Petrol Blue genuine Nappa leather bucket seats, a heated steering wheel and wireless smartphone charging. Black leather upholstery is a no-cost option, while estate versions come with an electric tailgate as standard.

Sitting between those two cars is the limited-edition First Edition model, which costs £35,775. That car gets all the features of the VZ2, but it adds safety systems including adaptive cruise control, which maintains a safe distance to the vehicle in front, and Exit Assist, which is designed to stop you opening the door into an oncoming car or bicycle.

All three trim levels are available to order now in a choice of five-door hatchback or estate body styles. Prices start at £34,495.