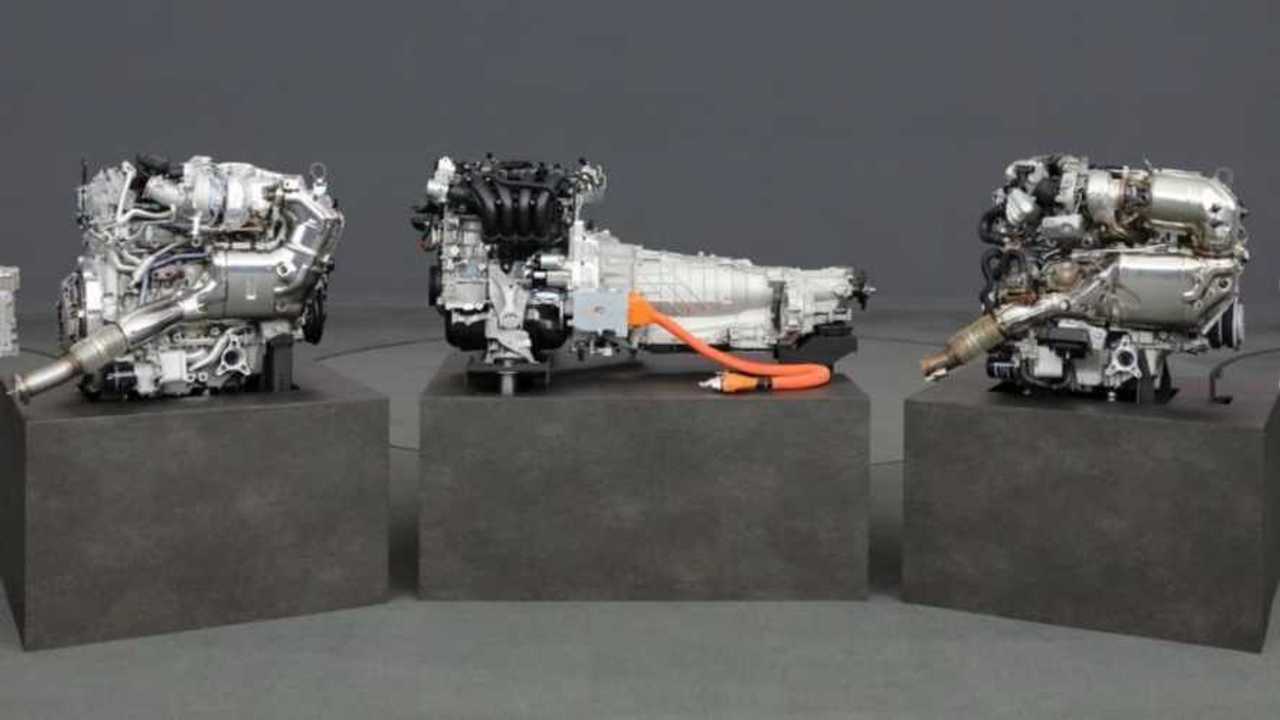 The engine seems perfect for the new Mazda6.

The image above offers the first glimpse as Mazda's forthcoming inline-six engine, new four-cylinder, and plug-in hybrid. The new info came out in the automaker's third-quarter financial presentation.

Mazda indicates the inline-six would be available after 2022. It would be available in petrol, diesel, and Skyactiv X variants. The company plans to install the engine with a longitudinal layout and all-wheel drive. There's no mention in the presentation of using this setup with rear-drive.

The new plug-in hybrid and 48-volt would also arrive after 2022. The presentation uses a phrase that translates to "multi-electric technology" for future uses of rotary engines. This is almost certainly the same setup coming to the MX30 that would use a Wankel as a range extender for the electric powertrain. This powertrain arrives in the first half of 2022.

Mazda first announced the inline-six in 2019. At the time, the automaker said it was coming between 2020 and 2025. However, the company has been very quiet about the engine until now.

Mazda rotary engine officially returning in the first half of 2022

Rumours suggest the next-gen Mazda6 (speculatively rendered above) would adopt this inline-six engine and have a rear-drive layout. Although, the info in this presentation indicates buyers would be able to get all-wheel drive, too. The saloon reportedly arrives by the end of 2022. It would mark a massive change for the brand's mid-sized saloon that would differentiate the model from competitors like the Honda Accord and Toyota Camry.

Don't expect there to be any new Mazda vehicle launches until 2022, according to a rumour from early 2020. The company has all of this new powertrain tech under development and is holding off introducing products until these innovations are ready.