We don't hate it.

Many fans were not particularly happy when BMW decided to launch a front-wheel-drive platform, which underpinned a number of compact Bimmers. The Bavarian company was criticised for trading off its heritage for a better market presence. Perhaps there’s at least a little truth behind those words but there’s finally an FWD car from the marque that we like a lot.

Of course, it’s the recently introduced 128ti we are talking about, a car that slots between the standard third-generation 1 Series and the M135i xDrive range-topper. It’s a machine that probably has all it takes to conquer the VW Golf GTI, Ford Focus ST, and the likes - and a new video from the Nurburgring comes to prove that.

Courtesy of Automotive Mike on YouTube, the 2:57-minute clip shows an example of the 128ti stretching its legs around the famous German track. The soundtrack is not especially great - there’s a lot of tyre squeaking and we can’t exactly hear the artificially enhanced engine noise of the little Bimmer. More importantly though, the hot hatch looks quite fast around the corners of the Green Hell.

The Golf GTI killer is here: 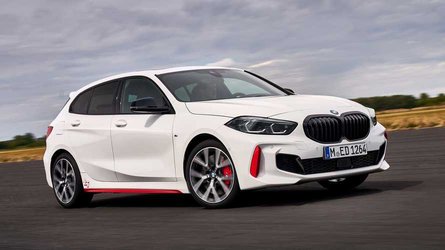 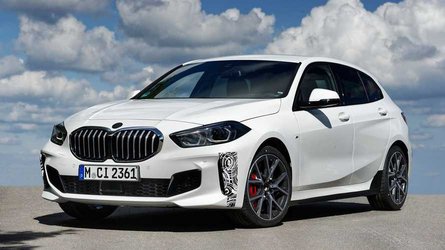 That’s not really surprising given the car’s standard equipment. Power comes from a turbocharged 2.0-litre engine delivering 262 bhp (195 kilowatts) and 400 Newton-metres (295 pound-feet) of torque. The only available transmission is an eight-speed automatic but that’s not necessarily a bad thing as it helps the hatch accelerate from a standstill to 62 miles per hour (0-100 kilometres per hour) in just 6.1 seconds.

Off-the-line sprint is not what matters on track though, so it’s probably worth mentioning that the 128ti comes equipped with firmer anti-roll bars and anti-roll bar mounts and M Sport brakes.