There are some minor hardware tweaks, too.

When Toyota originally introduced its performance car hierarchy in Japan roughly three years ago, we learned about the entry-level GR Sport, midlevel GR, and the flagship GRMN. Some of these suffixes have been introduced in other parts of the world since then on various models, and the C-HR is no exception.

Launched in the Land of the Rising Sun last October, the C-HR GR Sport is now travelling to Europe to show off its sporty bits. Being the lesser of the aforementioned three “GR” trim levels, it’s no surprise the little crossover is all show without the go. The 1.8-litre and 2.0-litre hybrid powertrains have been left untouched, but Toyota has stiffened up the suspension to make the C-HR more fun to drive.

In addition, the 1.8-litre version has inherited the bigger anti-roll bar from the 2.0-litre model to improve body roll and pitch control. The hardware changes are rounded off by model-exclusive tires, shock absorbers with greater damping force, and the steering system Toyota says it has tuned for a quicker response.

At the end of the day, the GR Sport derivative is primarily an appearance package with black accents for the headlights, fog light housings, and grille. The front spoiler is a tad bit more aggressive than before and the 19-inch wheels are reserved for this model. The new C-HR variant comes exclusively with a two-tone look and there are eight colours to pick from, including a new Ash Gray shade with a black roof only available for the GR Sport. 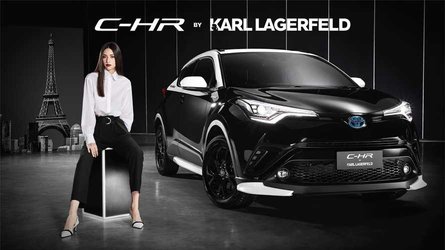 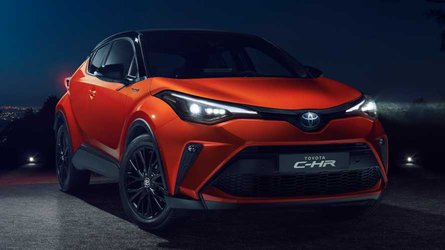 The cabin has also been subjected to a few changes, varying from an Alcantara upholstery and perforated leather steering wheel to a bunch of “GR” logos and contrasting stitching. The C-HR GR Sport comes as standard with heated front seats, LED headlights, tinted windows, electric mirrors, and support for Android Auto and Apple CarPlay. At an additional cost, Toyota will happily throw in a JBL sound system with nine speakers.

With Toyota promising to launch a performance version of everything it sells, a proper C-HR GR might be in the works. In fact, a report from earlier this year said the spicy crossover could use a detuned 1.6-litre three-cylinder engine from the GR Yaris, but nothing is official at this point. As a refresher, the hot hatch offers 257 bhp (192 kilowatts) in Europe and 268 bhp (200 kW) in Japan, so a little over 200 bhp for the go-faster crossover would turn it into a Ford Puma ST rival.