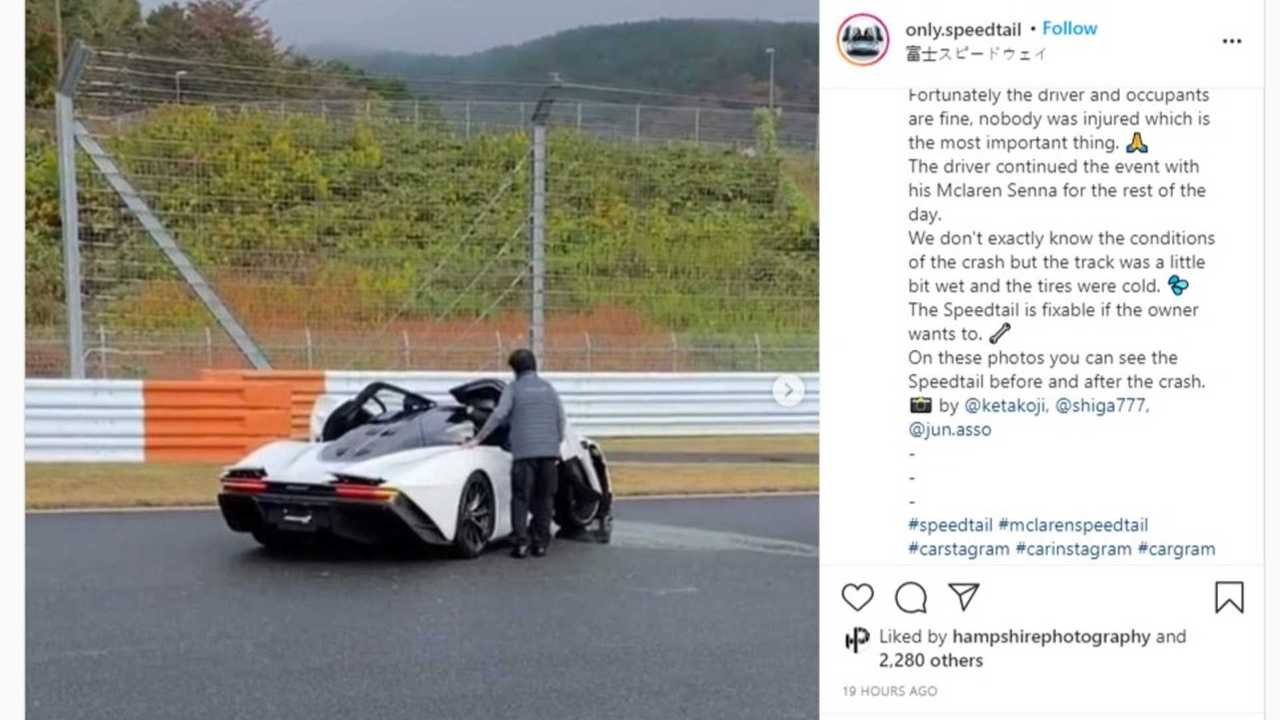 The driver and passenger are ok. The car? Not so much.

A spiritual successor to the fastest naturally aspirated supercar, the McLaren Speedtail is a rare three-seat machine. Like the original F1, its modern-day equivalent is limited to 106 cars, and for the time being, it’s even more of a rare sight as one of them won’t be seen on the road anytime soon. Having crashed his F1 not once but twice, Rowan Atkinson likely understands what must be going through the head (and heart) of this Speedtail owner.

At an event organised at Fuji Speedway in Japan for all things McLaren, the owner of a new Speedtail brought his hybrid supercar to have a bit of fun on the famous race track located near Mount Fuji. Let’s just say he’ll want to forget this event as soon as possible as he somehow crashed his prized possession. Both the driver and passenger got out of the wrecked car safe and sound.

What happened? Details are scarce for the time being, but the surface of the track seemed a bit damp and we’re hearing the car had cold tyres. That’s a dangerous combo, especially when dealing with a rear-wheel-drive car that has a four-digit horsepower output. By the looks of it and according to local reports, the Speedtail will live to see another day.

It is believed this is just one of the three Speedtails for Japan, all of which are painted in white. As a refresher, the fastest McLaren ever in terms of top speed costs a hefty £1.1 million in the United Kingdom before options, which include a £100,000 fancy paint job with pulverised diamonds.

The Speedtail’s owner was able to continue the event by hopping behind the wheel of his Senna, so we shouldn’t be feeling too sorry for him…