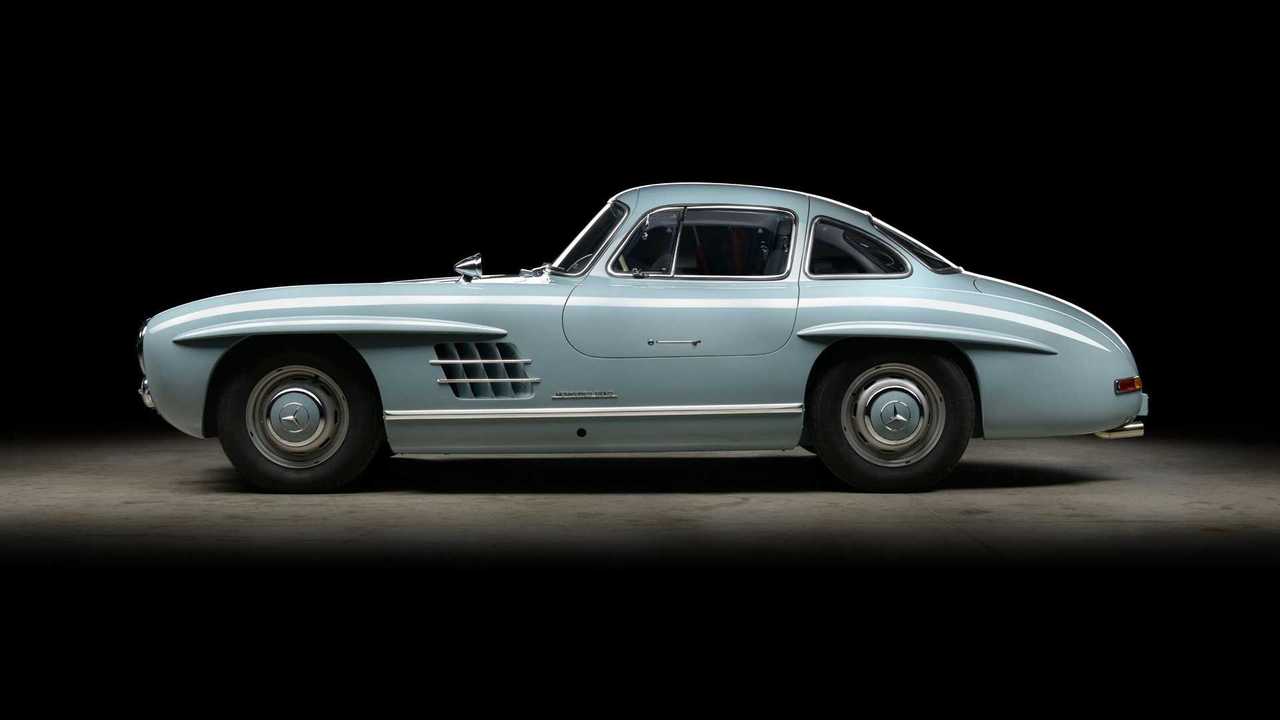 The perfect restoration for a knowledgeable client.

When an extremely knowledgeable owner of a rare Mercedes 300 SL – who also happens to be a Pebble Beach Concours d’Elegance judge – took his Gullwing to the award-winning classic and vintage car specialist, he gave them a simple brief: "it should be perfect, period-correct and finished in anything but silver".

Simple, right? Not quite. The car had been in the UK since 1981, having spent an early part of its life in France. Besides that there was very little information regarding the car's early life.

Once the restorers got to work, they found out that the car had been in a bit of a bump at some point during that hazy period, despite being described as being 'in perfect condition' back in 1971.

Perfect, it was not. The car had been repaired using parts from a Roadster model – headlights and taillights to be specific.

Luckily the tubular chassis was still in good condition, but the mechanical components, including the engine were in need of rebuilding after years of use.

The 3.0-litre straight-six powerplant and drivetrain was subject to cleaning and crafting from scratch, with some parts replaced when necessary to keep the car running reliably for years to come.

All-in-all, six figures were spent on replacement parts for the entire restoration – but that didn't include bumpers, which were done away with at the owner's request.

With the trademark silver off the menu, the exterior was also treated to a new, period-correct Horizon Blue paint job while the interior was re-trimmed with a blue plaid non-leather option.

"Restoring a Gullwing is a huge responsibility, and restoring a Gullwing for a Pebble Beach Concours d’Elegance judge like our client also comes with a fair bit of pressure," said Simon Thornley, co-founder of Thornley Kelham. "When you’re working with a car as rare and iconic as this, originality and accuracy is absolutely crucial.

"We spent hundreds of hours getting the details of this car exactly right, while making sure it adheres to the same standard that every car we work on does – it has to look good, drive well and is made to last.

"This car has been enjoyed for over 60 years now, and we’re delighted to have extended its lifetime for many more years of pleasure for its owners."