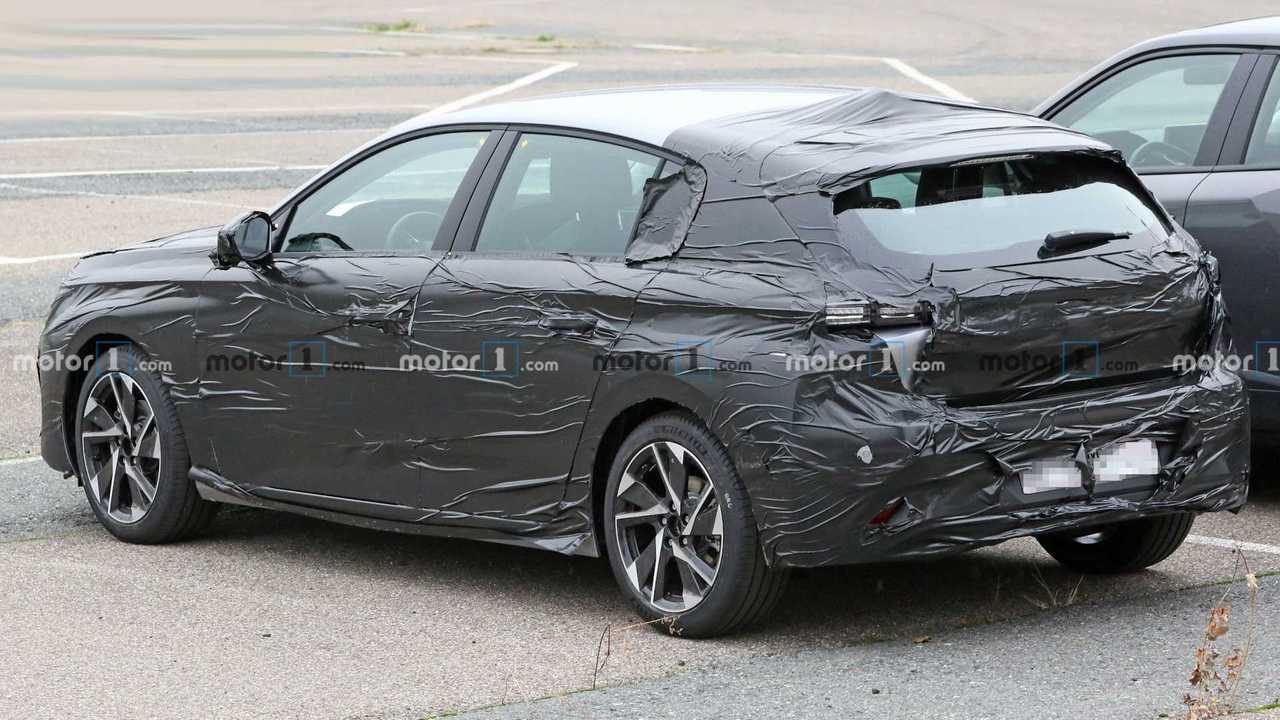 The hatchback shows some sheet metal.

The current-generation Peugeot 308 is due for a significant refresh. It first arrived back in 2013, and spy photos from the last few months have shown that its development is coming along nicely, though we haven’t seen much of it. A new batch shows the hatchback in a new black plastic wrap, as opposed to the swirly camouflaged it’s been spotted in, revealing more of the car’s design underneath.

It appears the photos show a production-ready example with a silver exterior, the wrap hiding the finer details of the model’s overall design. Its new look is paired with the company’s EMP2 platform, increasing both passenger and cargo space. The wrap also reveals a bit of the design, providing a fuller look at the taillights, which appear to sit above a stylised rear bumper. At the front, we can see the bumper’s design hiding underneath, showing a fascia that looks similar to that of the Peugeot 508 with the vertical daytime running lights.

There’ll likely be a range of powertrains, though we’re most excited about the prospect of a Peugeot Sports Engineering variant, serving as a successor for the 308 GTi. Rumour has it that the model will feature all-wheel drive and a hybrid powertrain, just like the 508 PSE. The hot hatch could produce around 300 bhp (223 kilowatts).

We expect Peugeot to reveal the new 308 in the first have of next year, though a precise date remains unknown.