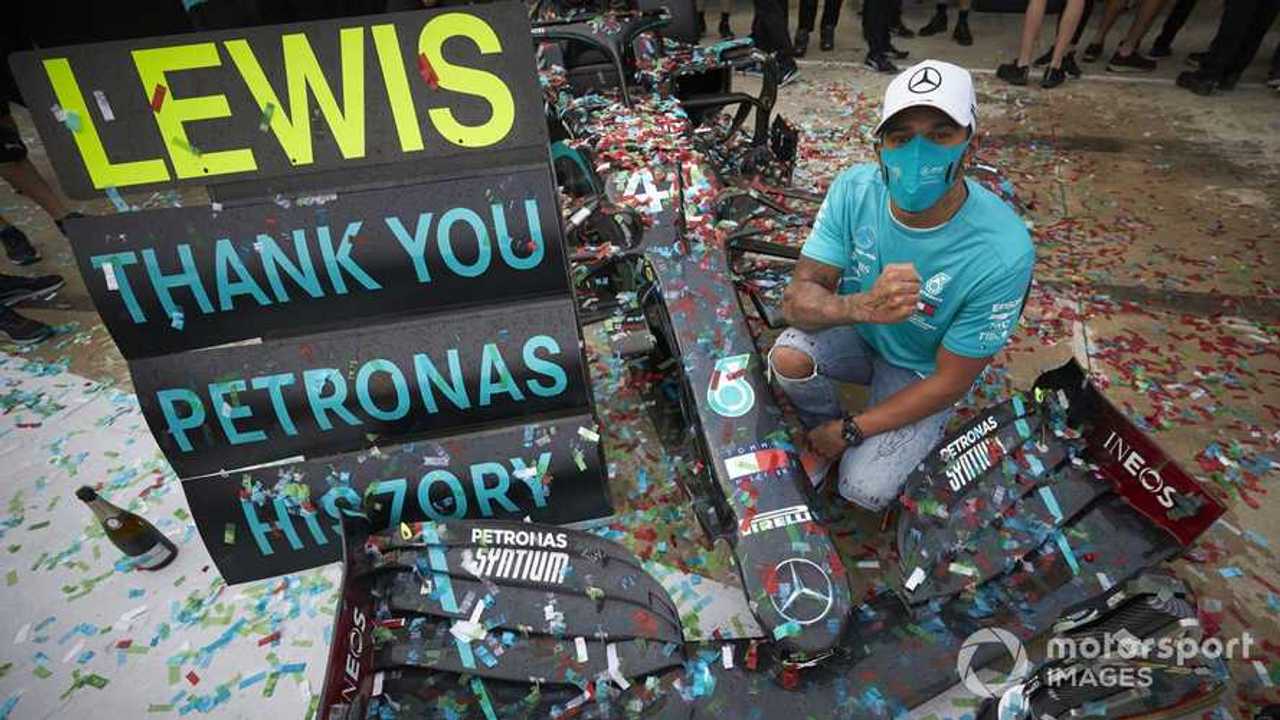 Mercedes wrapped up a seventh consecutive constructors' championship at the Emilia Romagna Grand Prix on Sunday, breaking Ferrari's record of six titles in a row.

The team moved into an unassailable lead at the head of the standings with four races remaining thanks to a 1-2 finish for Hamilton and teammate Valtteri Bottas at Imola.

Hamilton has been part of all seven title wins with Mercedes, and is on course to win his sixth championship with the team - and seventh overall - next weekend in Turkey.

Asked about the difference in feeling between winning the constructors' and drivers championships, Hamilton said it was "almost more exciting" winning as a team with Mercedes.

"It's a very strange sport in the sense that it is as team sport, but there are two championships and then there is an individual championship, but what is at the core our job is to deliver points and results for the team," Hamilton said.

"When you win a team championship, I think it's almost better than an individual because it's something you do collectively, with a large group of people.

"Whilst we are the ones standing on top of the podium, we are not above anybody. We are on the same level, we are all part of the chain links.

"You can tell that everyone is so happy when they get the constructors' title. When we do the Christmas party and we celebrate with everyone, everyone just knows that they did a remarkable job and that they have done something that nobody else has done before.

"That's cool to be a part of. Even if I was to stop today, that would be something that I would be able to share with that large group of people for the rest of my life."

Hamilton and Bottas have jointly helped deliver Mercedes the constructors' championship in each of their four seasons together as teammates.

Bottas said the achievement was "quite unreal" as Mercedes moved up to fourth in the all-time record list for constructors' titles, sitting just one championship shy of McLaren.

"I'm so proud of every single team member, what they're doing, all the factories and in the race team," Bottas said.

"We keep raising the bar for every single team member but we do it united. We support each other but the spirit the team has, it's making these things possible.

"I'm really, really proud to be part of it. I think for all of us in the team, it takes a bit of time to understand what we're doing and what we are achieving.

"But we should definitely enjoy it because it is amazing, and I'm really proud of everyone."