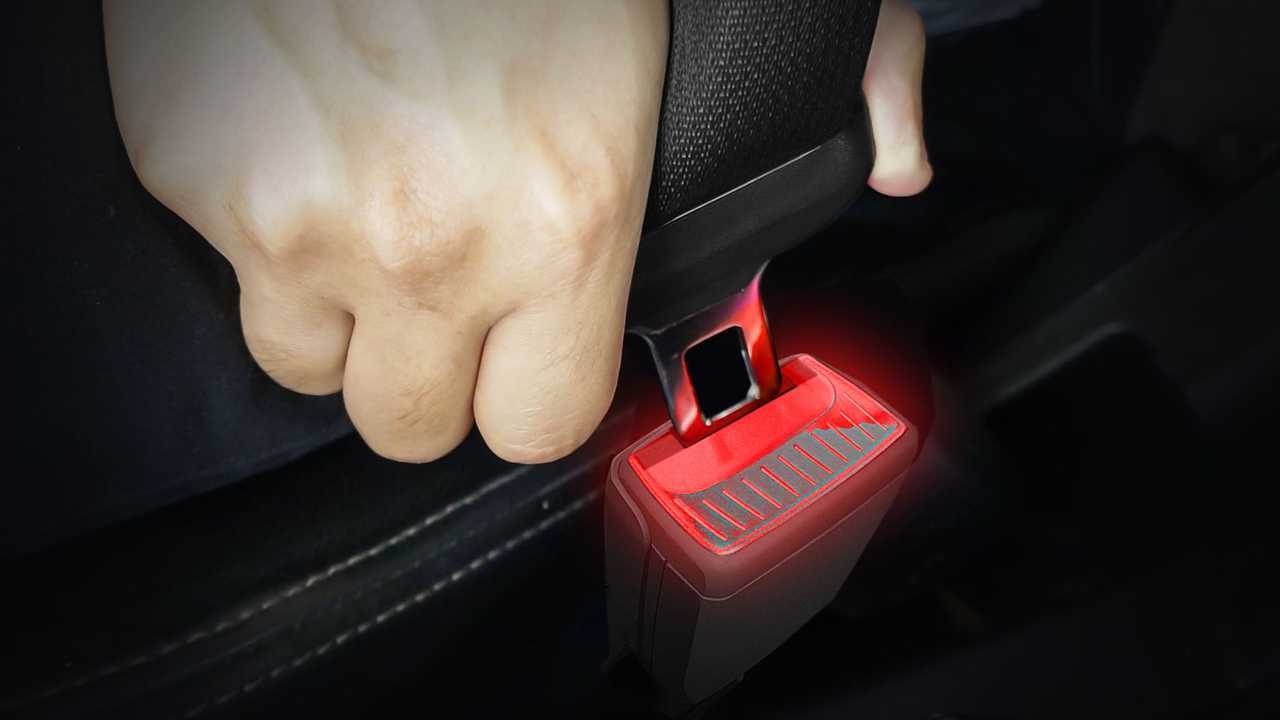 Skoda has patented the world’s first illuminated seat belt buckle, which is designed to “eliminate the hassle and faff of trying to belt up at night”. Developed as part of the Czech company’s Simply Clever features, the system sees the belt buckle glow red until the buckle is done up, when it turns green.

The system uses a clear plastic button in place of the traditional red, while internal LEDs illuminate the buckle. The crystalline pattern in the plastic will spread the light so the whole button appears to glow, and the buckle can be programmed to have an animated welcome sequence to help passengers pick them out in the dark.

However, when a passenger sits in the seat, a weight sensor in the seat base recognises their presence and the red LED illuminates. This indicates the occupant should buckle up, but it also makes it very clear if a passenger has forgotten to fasten their belt or failed to engage the buckle correctly.

Once the buckle is engaged, a green LED signals successful engagement, before the light goes white. This will also help passengers see the buckle when they’re trying to unfasten their seat belt at the end of the journey.

The smart seat belt buckle is one of a number of features Skoda has created under its Simply Clever initiative, designed to make “life easier, safer and more enjoyable for owners and drivers”. In 2019, the company filed 94 patent applications – more than any other company in the Czech Republic – and the number has been increasing for a number of years.

The list of Skoda innovations now protected by patents has swollen to include carpet mats made from hollow fibre fabric. The material is designed to be easier to clean and better at hiding any dirt. Similarly, Skoda has also patented a “flexible cargo snake” that can be used to secure boxes, crates and other items more securely alongside other luggage.

And the patents aren’t just designed to be used inside the car. The company has also patented a range of innovations for its factory, including a production line camera system that can precisely align body components before welding. This system, which uses four cameras to determine the position of the car body and adjust the path of the welding robots, is intended to make the whole welding process faster and more accurate.

“The smart illuminated seat belt buckle is just one of many features devised, designed and engineered in-house at Skoda,” read a company statement. “Every year, the brand files numerous patent applications for ideas and systems to make life easier, safer and more enjoyable for owners and drivers.”