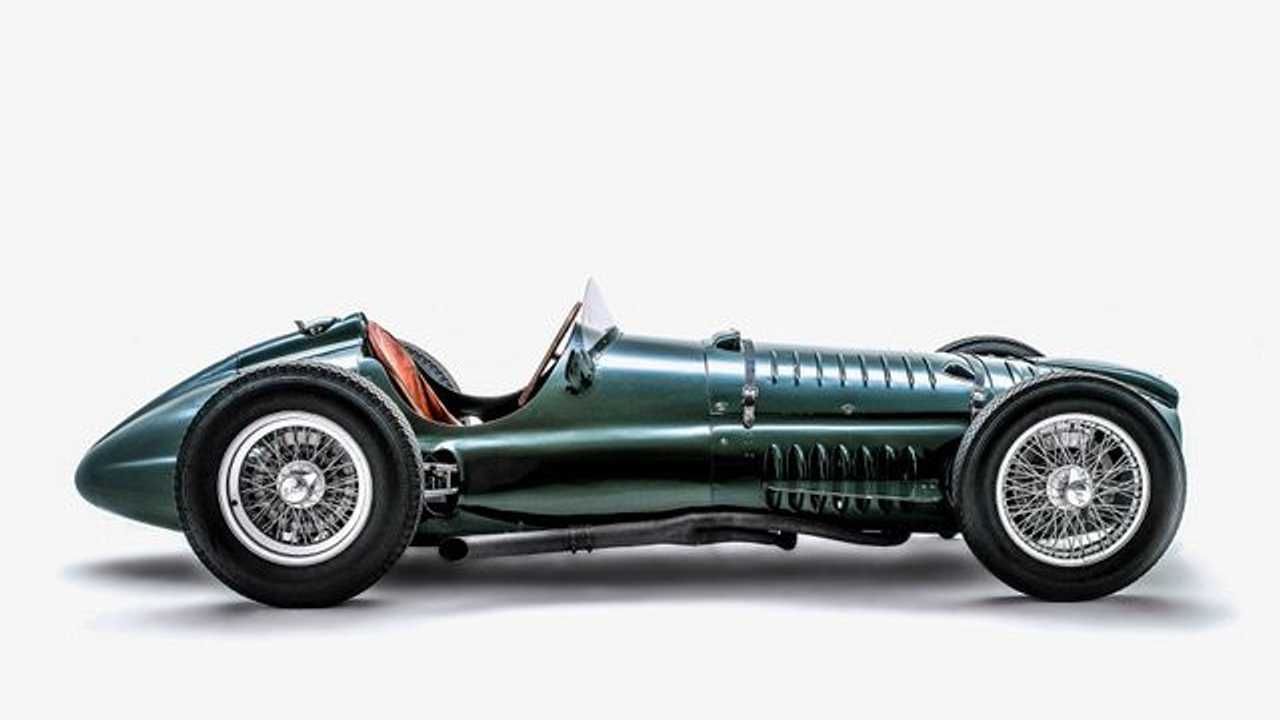 Another British Grand Prix legend is making a comeback.

Another legendary British name from the world of Formula 1 is making a comeback with a limited run of recreation machines.

Fresh of the heels of the announcement that Vanwall, the first team to win F1's Constructors' championship, is building six continuation cars, BRM is now rolling out its own handful of 'new' old machines.

BRM's continuation cars will be based on its famous Type 15 Mk1 V16, a car regarded by many as one of the finest sounding Grand Prix cars of all time.

The first completed example will go to the Owen family. John Owen, son of BRM team principal Sir Alfred Owen, was just 10 when he first heard the V16's unique engine note. Now aged 81, he will get to fulfill a long-held ambition to see and hear the famous V16 once again.

"Watching the likes of the Pampas Bull (Gonzalez) and, in particular, Fangio, master the power of the V16 was very special”, said John Owen. "And the fabulous noise of the engine still rings in my ears 70 years on!

"In a selfish way, I have always dreamed of hearing that sound again but now I'd also love to share that sensation with others. To hear the V16 screaming at full tilt for the first time is something special – something you never forget."

The V16 was unlike anything else at the time, or indeed since. It might have had a displacement of just 1.5 litres, but it was able to spin at 12,000 rpm and put out 600 horsepower – something that now, 60 years on, is only just being matched by today's top road cars.

Just one remains today, and is part of the National Motor Museum's collection at Beaulieu, although it's not currently on display. The car is deemed too fragile to race, although it has completed demonstration runs in recent years. The commissioning of three 'new' V16s will allow the car to take to the track once again.

The new cars will be produced in partnership with historic automotive restoration specialists. Hall and Hall. They will use 20,000 original drawings to re-manufacture all of the components needed to recreate the P15 V16 MK1 piece by piece.

Former BRM F1 team engineer Rick Hall will oversee production alongside his son Rob, both of whom have been providing technical support for other, privately-owned BRMs for a number of years.

"I have been passionate about BRM since I joined the team at the end of ’72," said Rick Hall. "I have spent the last 50 years or so working with these remarkable pieces of British and Formula 1 engineering history and am delighted to be teaming up with the Owen family and BRM to be their official historic racing partner – I only wish I was 20 years younger!"

The three continuation models will occupy chassis numbers allocated for the original run of cars. Those cars were ever produced back in the day due to a change in F1 regulations.

"Growing up, I was very aware of the old man's passion for the BRM V16, especially the sound it made," said Simon Owen, Sir Alfred Owen's grandson who has been working alongside other family members to revive the P15 V16 MK1. "Like most of my generation, I never had the privilege of hearing it race in anger but now we are all very keen to change that and bring the BRM experience to a new generations of fans.

"We are in a unique position to sanction the build of additional cars using these original chassis numbers, and it became our mission to make it happen."

The new cars are already under construction at Hall and Hall in Bourne, Lincolnshire, not far from where the originals were made. The continuation models will also be built to full FIA standards, making them eligible for historic competitions.

The first on-track demonstrations are scheduled for next year to coincide with BRM's 70th anniversary, and the other two examples ℃aside from the one going to the Owen family – will be available to buy on application.