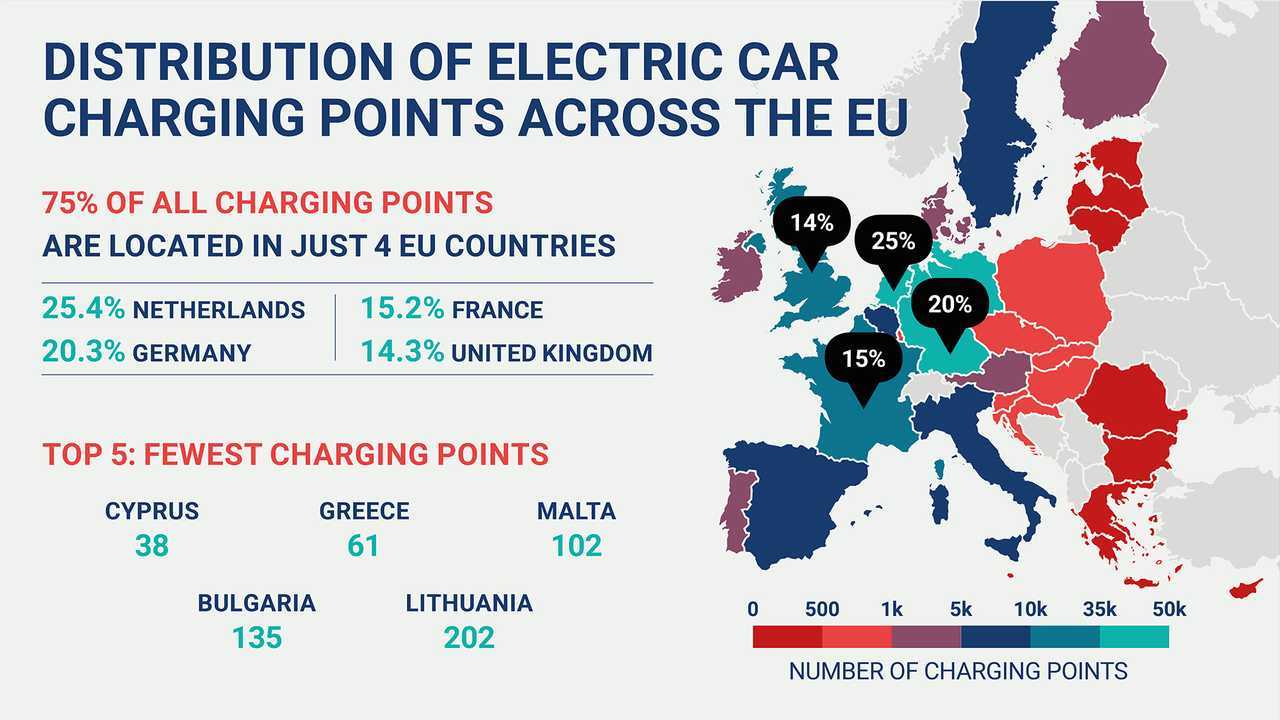 Expansion of the charging network is not keeping pace with the rising demand for electric vehicles.

According to the latest report from the European Automobile Manufacturers’ Association (ACEA) the charging infrastructure in Europe is growing too slowly, especially compared to EV sales.

Another problem is that the distribution of the charging infrastructure is uneven - over 75% of all charging points fall on just four countries (27% of the region’s total surface area).

According to ACEA, because of that, there is a risk that soon EV sales will be hampered by a lack of charging infrastructure.

“This is potentially very dangerous, as we could soon reach a point where growth of electric vehicle uptake stalls if consumers conclude there are simply not enough charging points where they need to travel, or that they have to queue too long for a fast charger,” warned ACEA Director General, Eric-Mark Huitema.

Of course, the second bottom is that ACEA wants to prompt the European Union to spend more taxpayer money on the charging points (so the manufacturers would not have to).

ACEA expects that by 2030 at least 2.8 million charging points will be needed. By the way, there are also 137 hydrogen filling stations in 12 EU countries (16 do not have any at all).

On the other hand, we can see that the charging infrastructure basically reflects the sales of plug-in electric cars, which relates to the wealth of the particular country:

"Almost 80% of all electric car sales are concentrated in just six Western European countries with some of the highest GDPs." 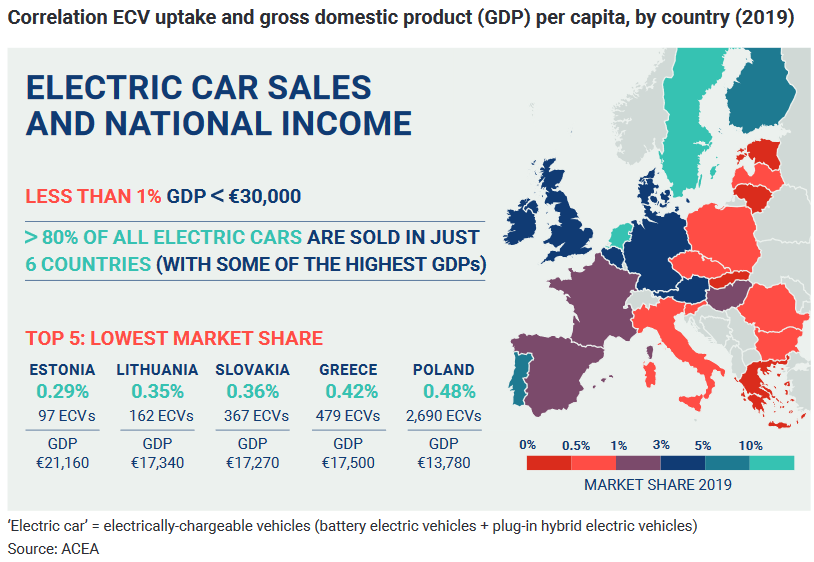 In other words, building more charging points in countries that can't yet afford mass electrification will not help much. They have to increase their GDP or wait until EVs will become cheaper.

"All countries with an ECV market share of less than 1% have a GDP below €30,000, including new EU member states in Central and Eastern Europe, but also Italy and Greece."

Here is the full list of countries and number of charging points (unfortunately, the data seems to be lagging behind reality a little bit too, as the description says 2019): 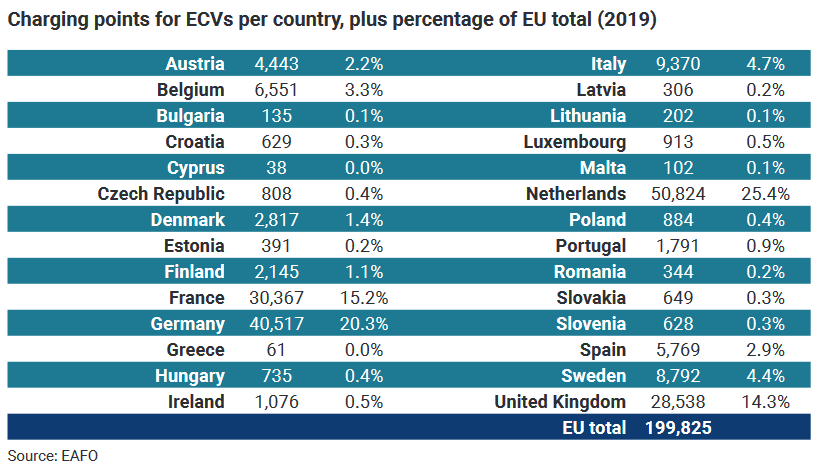 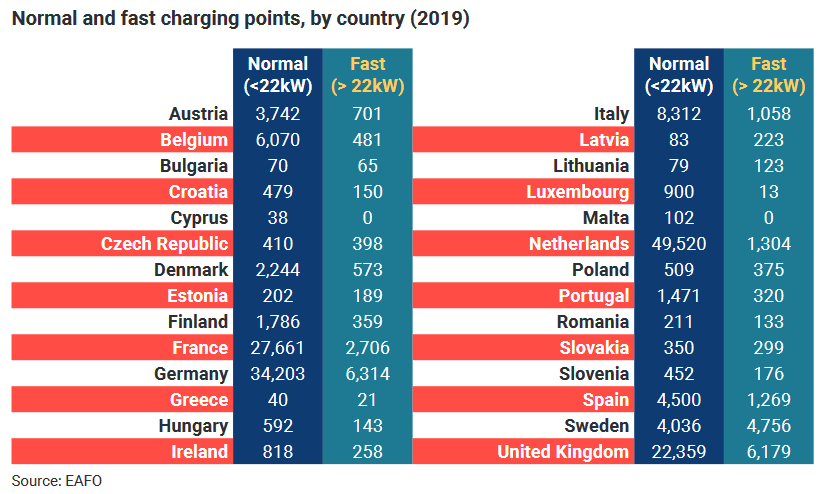 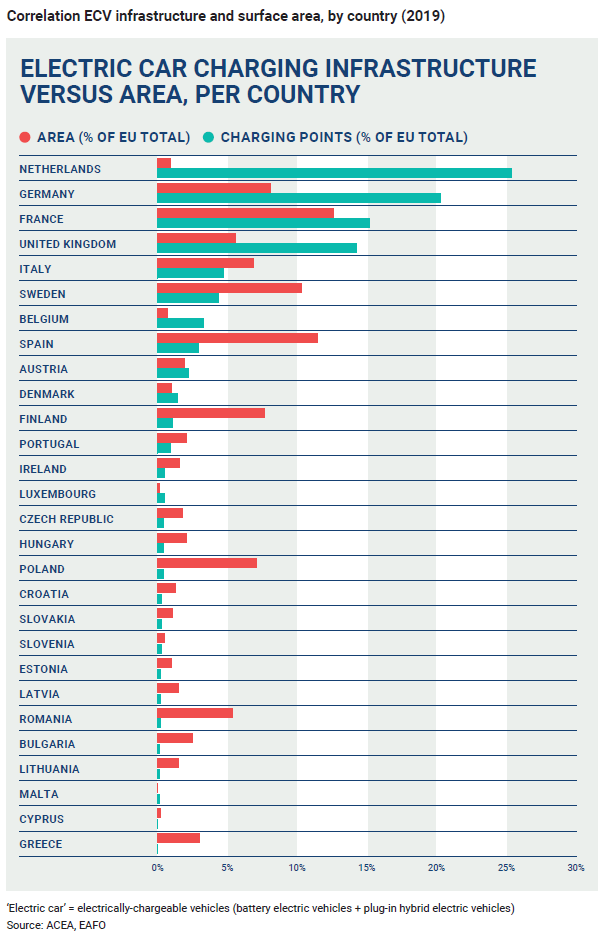