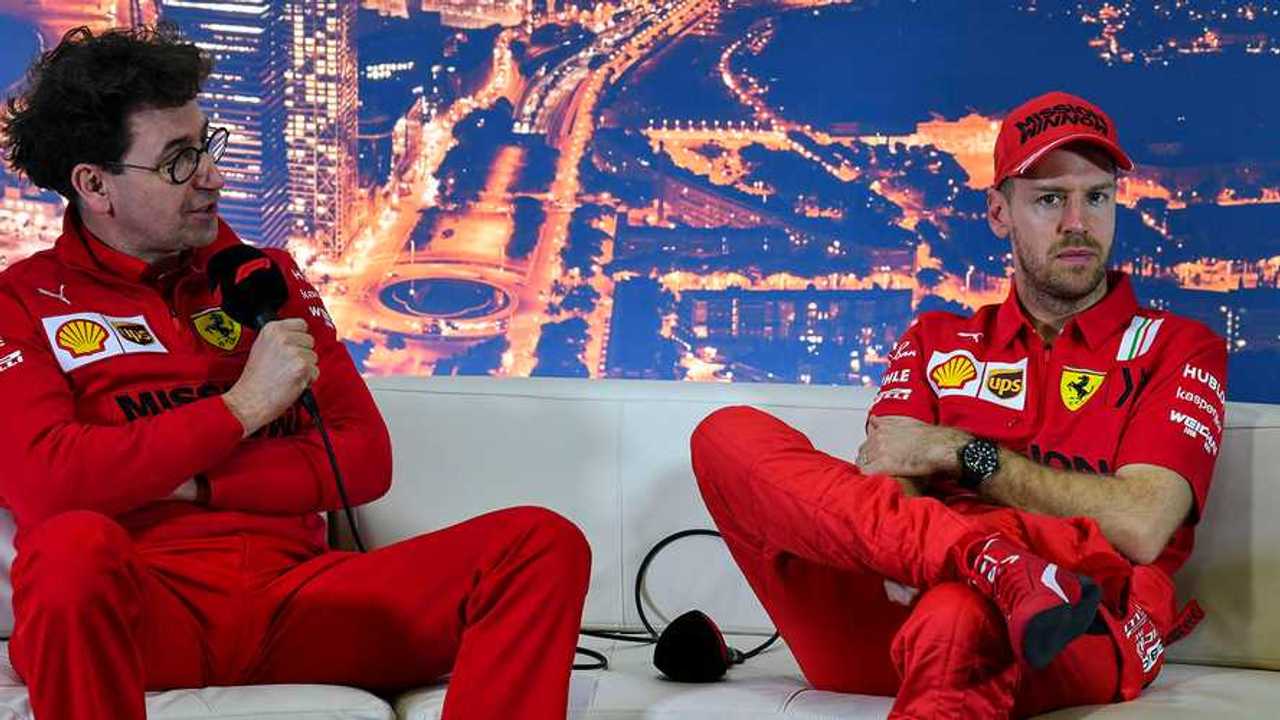 Ferrari F1 team principal Mattia Binotto has revealed that he had to mentally rehearse three times his phone call with Vettel.

Vettel's current contract runs out at the end of the 2020 season, and it had looked likely at the start of this year that it would be a simple matter of extending it.

However, the reality of Ferrari's competitive struggles after Barcelona testing, allied to it pondering what was best for its long-term future, left team management believing that sticking with Vettel was not the right thing to do.

Binotto informed Vettel of the decision in a private phone call before the F1 campaign got underway, and he has admitted it was not a simple thing to do.

Speaking in an exclusive interview with Sky Italia, Binotto said that he had to prepare himself well in advance for a difficult conversation.

"I was at home, and before I called him I repeated mentally three times beforehand what I should tell him and how," explained Binotto.

"But there comes a time when you have to have the clarity to make choices looking to the future. We are close to the start of a new technical cycle in 2022, and there is a team that is being built up in all areas.

"We have the duty and ambition to look to the medium and long term, and it is precisely on this rationale that the strength to make certain choices must be found.

"Did Seb get in the way? No, he did not hang up the phone. He is a very intelligent person, a beautiful person, and he has maintained his character during a season in which there has been no lack of difficulties. He was never negative. Instead, he was proactive and a very respectable person."