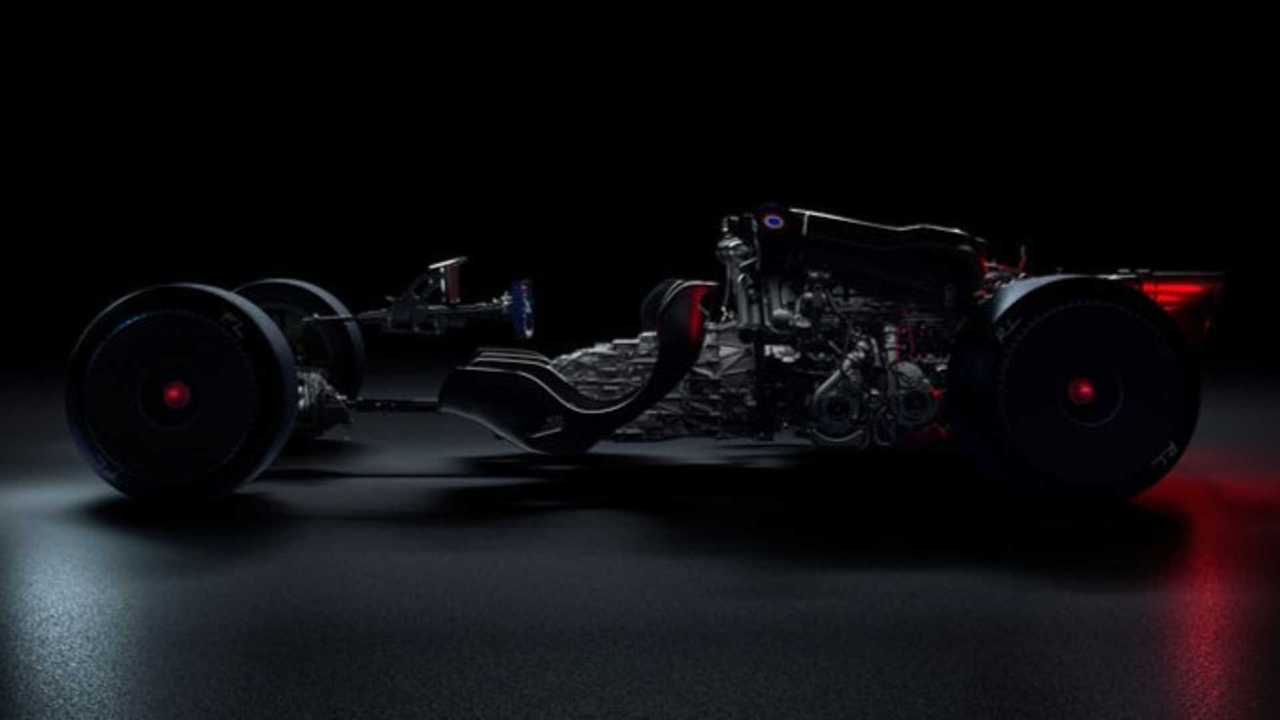 The engine takes up most of the vehicle.

There's a fresh teaser image showing Bugatti's mysterious supercar completely naked. There's not a bit of visible bodywork, and it shows off how much of this vehicle that the massive powertrain occupies.

Unfortunately, Bugatti isn't telling the world any more about this machine. The accompanying text with this image is a mere two words, "What If...?" There's no explanation about what that means.

The good news is that the earlier photos showing the vehicle on the track offer a view of the mystery Bugatti with its body in place. The vehicle looks wild with a low-slung nose featuring huge vents in the bonnet and a roof scoop above the windscreen. A fin runs down the rear deck, and there are X-shaped taillights.

Judging by the new image, the interior is very simple. The driver sits in a racing-style seat with his or her legs elevated above their hips. Don't expect the cabin to be nearly as luxurious as other Bugattis.

All info so far indicates that this is a one-off, track-only vehicle for a client who must be incredibly wealthy. The engine is likely the familiar quad-turbo 8.0-litre W16, and it might use the 1,578-bhp (1,177-kilowatt) tune as the Centodieci and the Chiron Super Sport 300+. Judging by the car's appearance, Bugatti is stripping out as much weight as possible, which should make the most of this already powerful engine.

Earlier teasers for the new Bugatti:

Bugatti intends to debut the mystery model on October 28, so the wait to see it is very brief. Rumours are swirling that Volkswagen Group might sell Bugatti to Rimac. Maybe the company intends this vehicle to be its grand farewell before having a new parent company.