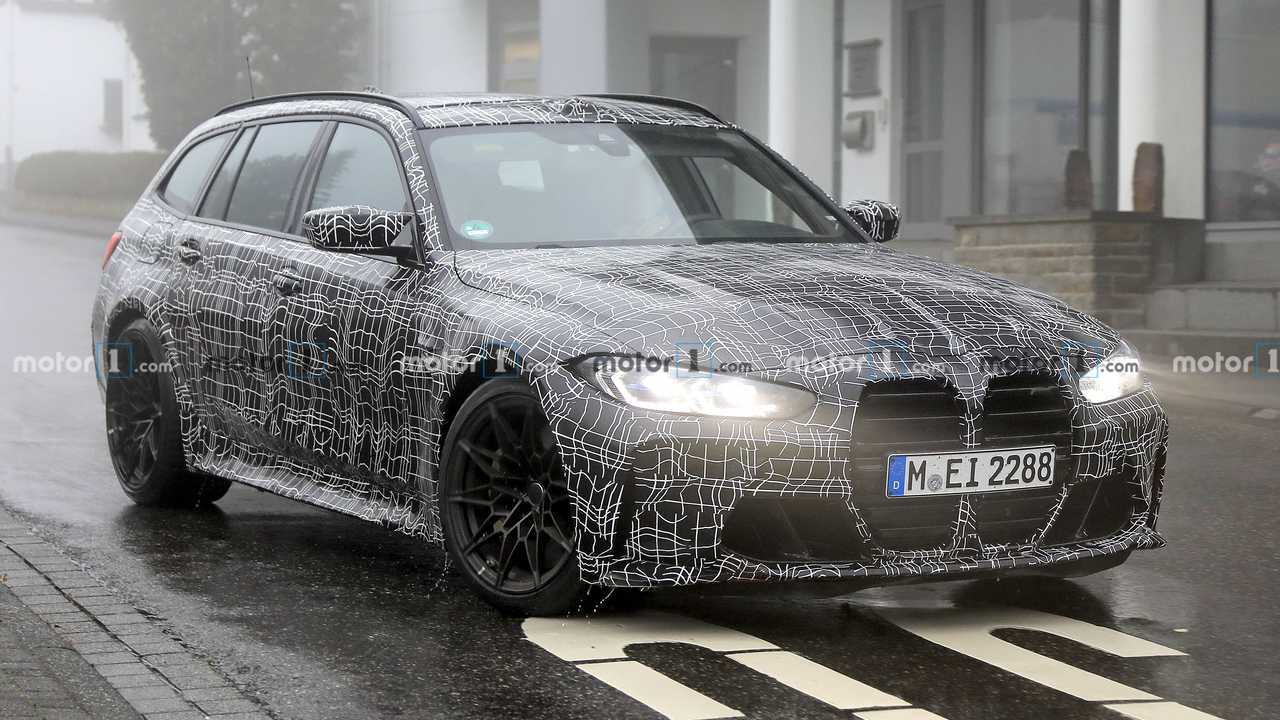 One more speedy estate is always welcome on the market.

The BMW M3 is getting an estate variant for the first time in the performance model's long history, but we still need to wait a couple of years for the long-roof model to arrive in showrooms. Spy shots, like these, are providing a very good idea of what to expect from the model, though.

The design of the M3 Touring is largely what you'd expect. The nose is identical to the new saloon by featuring a massive kidney grille with large inlets at its lower edges and vertical slits at the corners of the fascia. The wings/fenders are a bit wider than the standard 3 Series estate.

The long roof has a subtle arch to it that gives the M3 Touring a slightly sleeker silhouette in profile. The rear hatch is generally similar to the one on the regular 3 Series estate, except there's a more prominent bumper and quad exhaust outlets. The wings/fenders are wider, too.

The new M3 launches with rear-wheel drive, but all-wheel drive arrives a few months later. Both layouts should be available for the Touring. Look for the M3 Touring to debut in 2022.