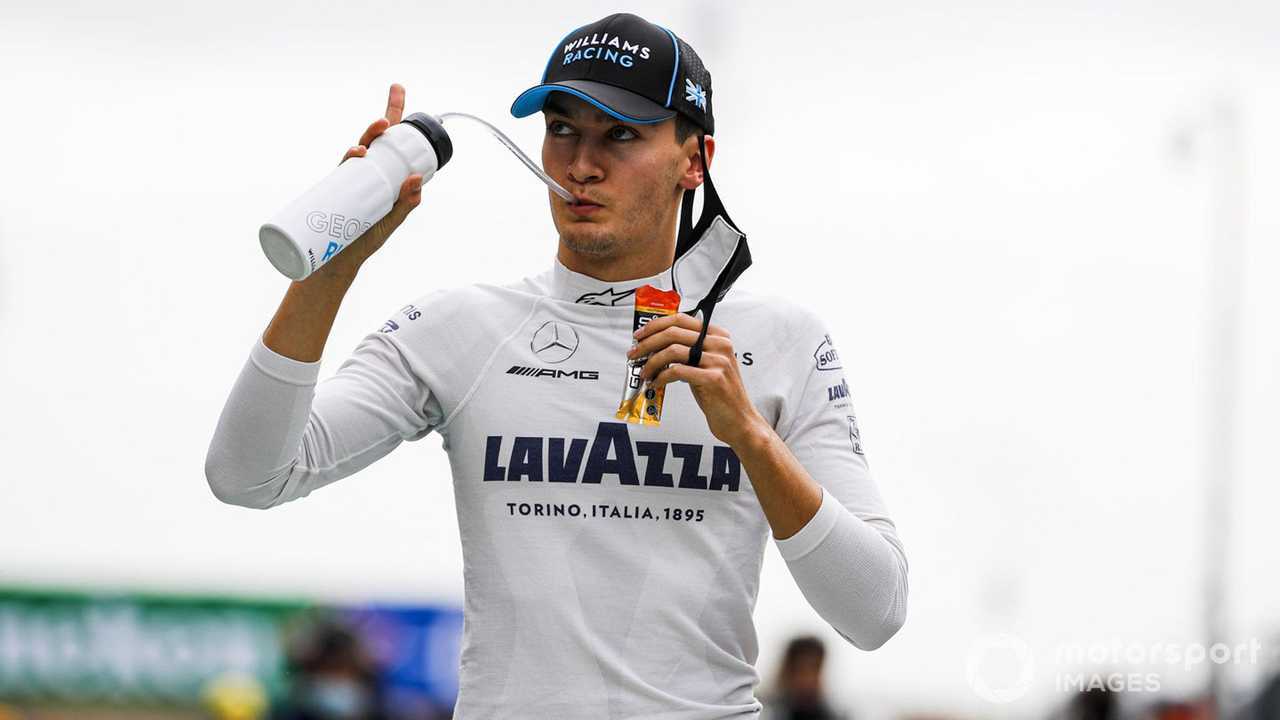 Russell believes speculation about his F1 future with Williams has been “fed by the Perez camp”, and expects clarity within a week.

Current Racing Point driver Sergio Perez is looking for a seat for 2021 after being released by the team to make way for Sebastian Vettel next year.

While Williams announced back in July that Russell and teammate Nicholas Latifi would be retained for 2021, the team has since changed ownership, leading to fresh doubt emerging in the last week about Russell's future.

Acting team principal Simon Roberts refused to confirm on Friday that Russell and Latifi would be staying for 2021, but stressed he was eager to avoid fuelling any speculation.

Speaking after Sunday's Portuguese Grand Prix, Russell said he thought the rumours about his future had been fuelled by Perez's management in a bid to try and help the Mexican's chances of landing a seat elsewhere for 2021.

"I think all of this speculation has probably been fed by the Perez camp, who are trying to apply pressure on other teams further down the grid, potentially [for] a Red Bull seat," Russell said.

"That's my view on it. I've got a contract, I've got nothing to worry about, and I'm just here focusing on my job."

Russell said on Thursday that he would look to speak to Williams' new management about the rumours this weekend. Dorilton Capital chairman Matthew Savage was on site from Friday onwards in Portimao.

The British driver confirmed he had discussed the speculation with Dorilton, and anticipated receiving further clarity about his future in the next seven days.

"They've said they have no idea where these rumours have come from," Russell said.

"They never like to comment on contractual situations obviously following Simon's press conference on Friday, things again were taken probably slightly out of context, which is exactly what the team didn't want to do.

"Ultimately the team didn't want to comment on it because they felt like it isn't necessary, and it's just opening themselves up to further queries later down the line.

"I've got a contract, and I'll be on the grid next year, and I'm very confident of that. I think something pretty substantial would have to happen in the coming weeks for anything to change.

"I'd say [it will be] 100% clarified from the team's perspective probably no later than the end of next week."

Williams: No change in Russell's approach despite speculation

Russell is part of Mercedes' junior programme, but the German marque has already conceded it has no say in his future and that the decision is entirely up to Williams.

Mercedes F1 chief Toto Wolff said on Saturday that Russell would be handed a "sensational" testing programme in 2021 were he to be left without a seat.

But the 2018 F2 champion said there had been no discussions with Mercedes about a back-up option for next year if he is not racing.