Mercedes will have electric sports cars to rival Porsche, Tesla

Do we expect some electrified AMGs?

With emissions regulations getting stricter and customers warming up to the idea of EVs as a viable alternative for their combustion-engined automobiles, manufacturers around the world are racing to provide products that will not only meet regulatory standards but also showcase what their research and development teams have been cooking up.

It's not just about range and zero-emissions, too, as the performance benefits of going electric are massive. While they might be quite a bit late to the game with their EV platforms, Mercedes-Benz is still adamant about bringing their take on future mobility. And it also includes some faster and sportier cars.

While we know about the upcoming all-electric EQS that'll be partnered alongside the flagship S-Class and the eagerly anticipated, but still early in development plug-in hybrid Mercedes-AMG One supercar, Mercedes and the Daimler group have been quite silent on any new developments to the rest of their product portfolio.

That includes any mentions of new vehicles or platforms to expand upon. It was not until Automotive News picked up on a quick sound byte from an interview by Daimler CEO Ola Kallenius in Manager Magazin, stating that Mercedes has its sights set on challenging Porsche in the plug-in hybrid performance segment. Naturally, that segment also includes Tesla, who has been successful in showing off what their cars can do against other performance brands.

Mercedes knows how to build EVs: 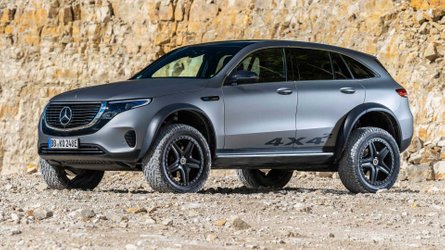 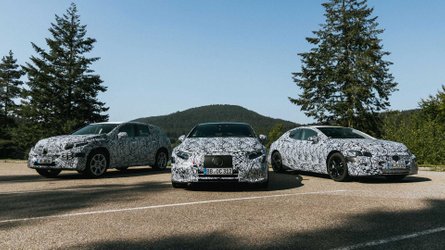 Daimler's CFO, Harald Wilhelm, also said on Bloomberg Television to stay tuned for developments. “We have a very comprehensive product portfolio, including very attractive sports cars, and sports cars will go electric as well." While it isn't some concrete news, I think we can all agree that we can expect the Daimler group to already have a platform that's ready, or at least almost ready, to be packaged as a performance EV.  Either that or some plans to heavily augment their entire performance range with electric power is in full swing.