Perez to 'say something pretty soon' amid Williams links 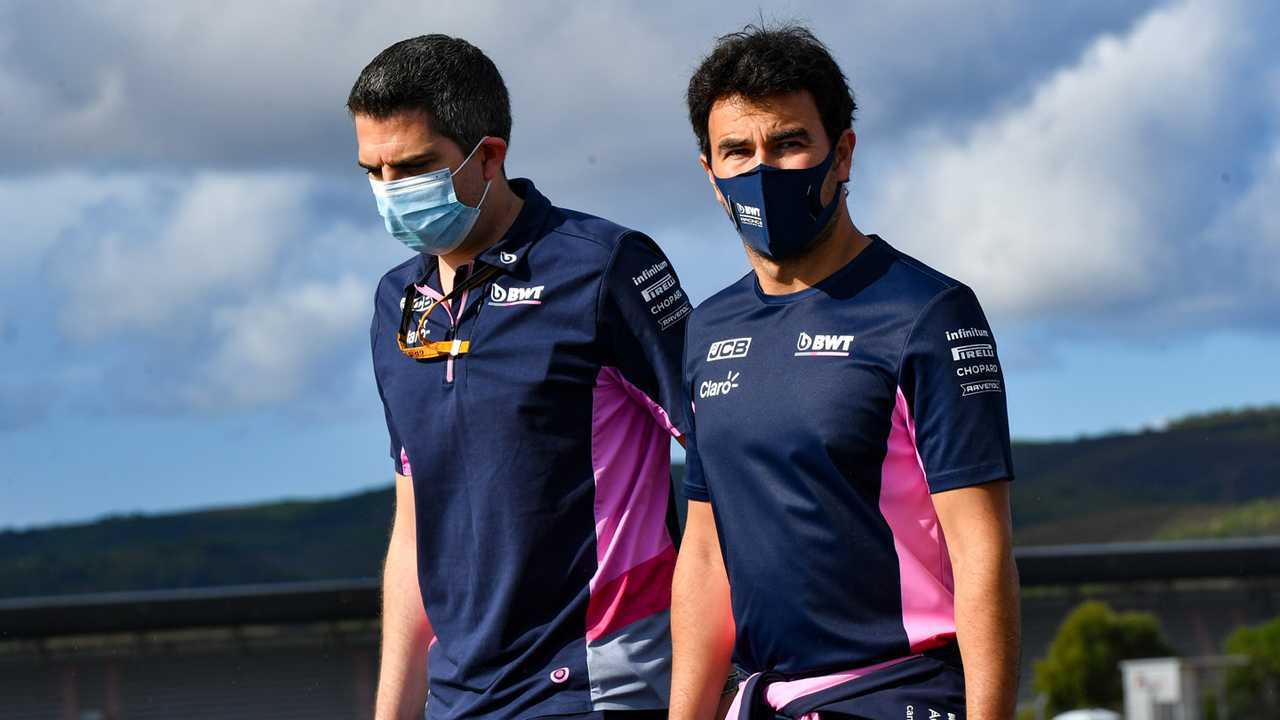 Sergio Perez believes he will be able to provide an update on his F1 future 'pretty soon' amid links with a possible move to Williams.

Perez has been looking for a seat since Racing Point opted last month to activate a release clause in his contract for 2021, making room for Sebastian Vettel to join the team.

Perez was linked heavily with a move to either Haas or Alfa Romeo, two of the few teams to hold a vacant seat for next year.

But with Haas seemingly set to bring in F2 driver Nikita Mazepin and one of Ferrari’s juniors, and Alfa Romeo closing in on retaining its existing line-up, an option for Perez has emerged at Williams.

Although Williams announced its line-up of George Russell and Nicholas Latifi for 2021 back in July, the team has since come under new ownership, with Dorilton Capital exploring options to bring in more backing.

Who's going to drive for Williams?

When asked by Motorsport.com about the possibility of a switch to Williams for next year, Perez remained coy, but said he hoped to have news on his plans in the near future.

“As I’ve said before, I haven’t signed anything,” Perez said. "So I think at the moment, there’s not a lot that I have to report or say.

“I think the season is coming to an end, so it’s getting close, and I should be in a position to say something pretty soon I think.

“Up to now, I don’t think there’s a lot of point in giving away anything, because I want to keep my negotiations private.

“I think we’ve got to be respectful of all the teams that we’re talking to. So there is no point to discuss anything at the moment.”

Should Perez land a seat at Williams, it is likely that Mercedes junior Russell would be the driver to give up his seat, with teammate Latifi already bringing sizeable financial backing to the team.

Russell said on Thursday that he had “no concerns” about his Williams F1 future as he had a firm contract in place for next year.

Perez acknowledged that there were not many teams he could speak to about an F1 drive for next year given that most have already finalised their line-ups.