It's amazing nobody was killed, but a passenger sustained serious injuries.

Black Bear Pass near Telluride, Colorado, USA is deceptively dangerous. The one-way road snakes up the mountain to 12,840 feet (3.9 kilometres), passing picturesque Bridal Veil Falls before continuing into Telluride. It's deceptive because it doesn't necessarily involve extreme rock climbing. Its narrow path, tight switchbacks, and shifting landscape are a technical challenge, and as this dramatic video shows, things can go wrong in a hurry.

Before going further, know that the two humans and two dogs on-board survived this incident. The dogs were fine and the driver had just minor injuries, however, a 23-year-old female passenger suffered severe injuries including spinal cord damage. A GoFundMe page is established to help with medical and living expenses; according to the page she's looking at a two-year recovery from this crash. Seeing the video above, we're just glad she's alive to see tomorrow. 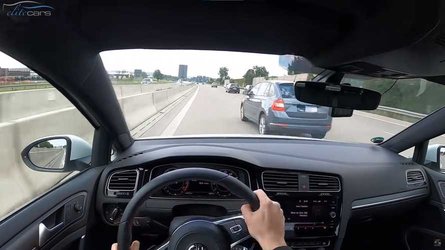 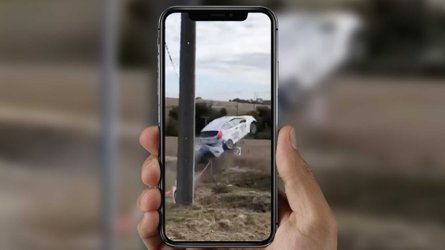 The video was posted to YouTube by Y2K Wrangler, capturing this Jeep Wrangler on its scary descent after all occupants had been ejected. The driver had reportedly stopped on the trail to assist another Jeep around a sharp turn, setting the emergency brake and exiting the vehicle. The convoy was navigating the narrow "steps" portion of the pass, but the Wrangler started to slip down the mountain after he got out.

According to reports, the driver tried to get back behind the wheel but was thrown clear of the Jeep as it started to fall. It's not clear when the passenger and dogs were ejected, but the video states it occurred before the tumbling Jeep came into view. The above photos posted by the San Miguel County Sheriff on Facebook show the remains of the Jeep and yeah, there's not much left to look at.

Obviously, Motor1.com sends best wishes to this young woman in her recovery. With winter weather striking early in the U.S. this year, the video stands as a stark reminder to be mindful of your location and diligent behind the wheel. Tragic accidents can happen anytime so please, stay safe out there everyone.