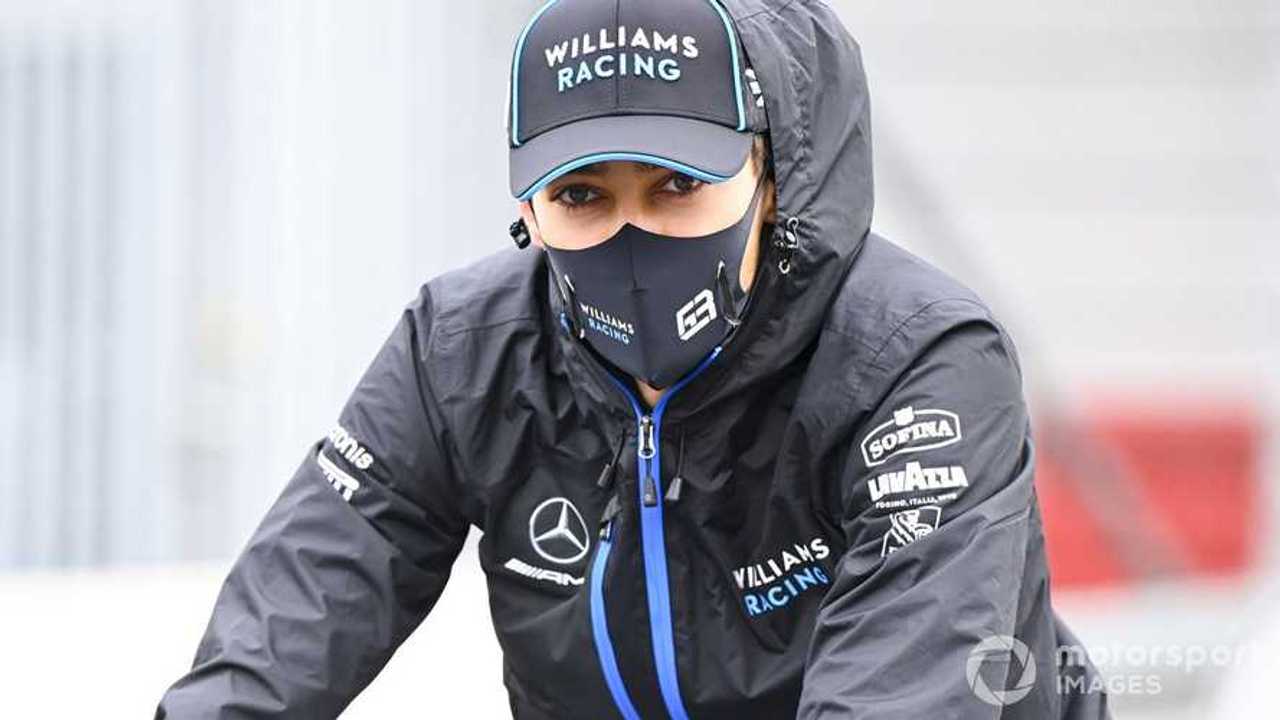 George Russell believes he has no reason to worry about his future with Williams in Formula 1 despite Sergio Perez's links to the team.

Prior to its change in ownership, Williams announced in July that both Russell and teammate Nicholas Latifi would be remaining with the team for the 2021 season, with Russell entering the third year of his contract.

But it has recently emerged that contact has been made between Williams and Perez - who will leave Racing Point at the end of the year to make way for Sebastian Vettel - in recent weeks.

Were new Williams owner Dorilton Capital to favour two drivers bringing sponsorship to the team for 2021, then it is likely that Russell would depart to make way for Perez.

Russell made clear in Thursday's FIA press conference ahead of the Portuguese Grand Prix that his contract remained in place for next year, and that he had zero concerns about his future at Williams.

"I have a contract for next year with the new owners coming in," Russell said. "Nothing has changed whatsoever, from a contractual perspective under new ownership.

"I've actually not spoken to the new owners about it, because from my side, there are no concerns.

"They'll all be here this weekend. I'm sure any air will be cleared, but I am not concerned. I will be on the grid next year with Williams."

Russell is a member of the Mercedes junior programme, and had been linked with a possible move up to the manufacturer's works team prior to its decision to keep Valtteri Bottas for 2021.

The British driver said he would look to lean on Mercedes if there was any cause for concern about his future.

"I guess in the coming weeks, if there were to be any reasons to worry, I'm in contact with the guys at Mercedes weekly," Russell said.

"We're always staying in touch. I feel in a really privileged position to have their full support behind me, and long term I think I'm in a great position.

"If it really comes to that, I'll be speaking to them, but right here, right now, I've got no reason to be concerned."

While Russell said he had not reacted to the reports linking Perez with his drive by talking to any other teams, he appreciated that speculation about his future was to be expected given the amount of drivers looking for a seat.

"It's understandable there is speculation, because there are so many great drivers who are available fighting for a place right now with Sergio, both the Haas guys, [Nico] Hulkenberg as well," Russell said.

"So there's obviously going to the speculation. Unfortunately in Formula 1, there isn't enough place for everybody who necessarily deserves to be here."