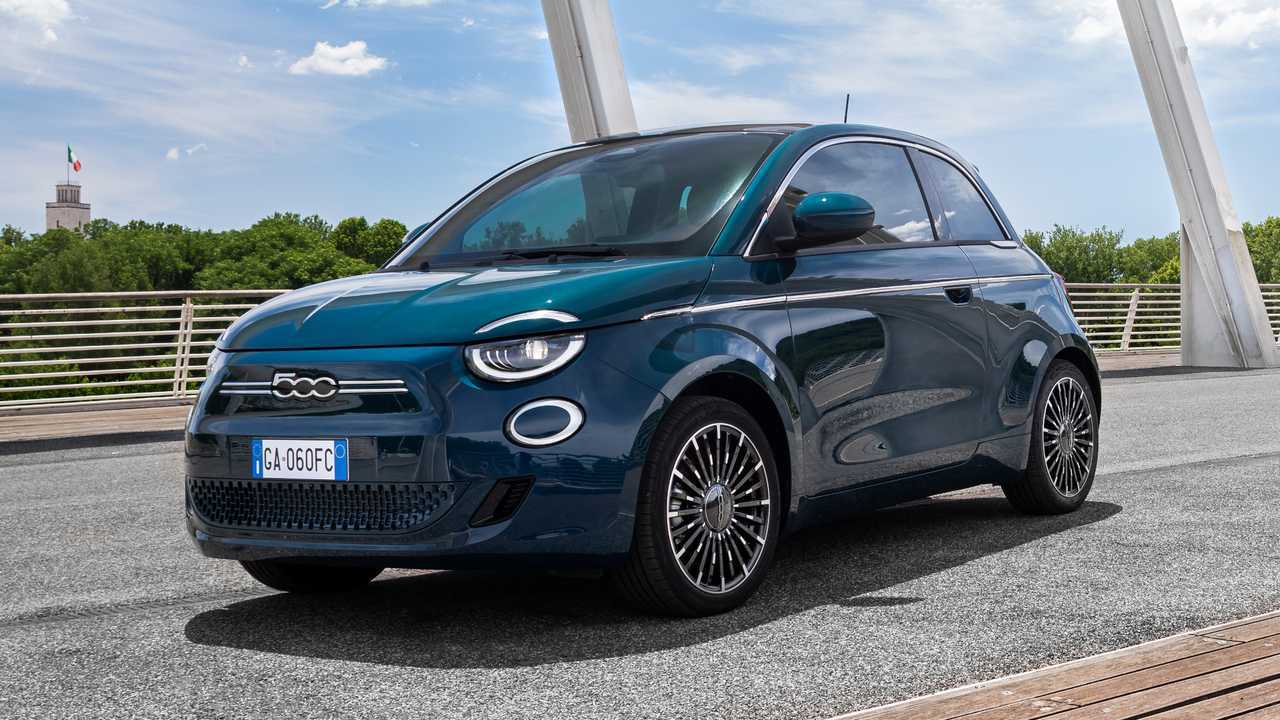 The order books will open in December.

Fiat’s new, all-electric 500 supermini will go on sale in the UK in December with prices starting from just under £20,000 once the government’s Plug-In Car Grant is applied. Available in a choice of four trim levels and two body styles, the first examples of the new model will arrive with customers next spring.

Fiat has confirmed a 3+1 body shape that joins the hatchback and convertible and includes a small third door on the passenger side. Under the new-look skin, all three versions of the 500 now have a fully electric powertrain with a choice of electric motors and battery packs. Officially, the retro-styled hatchback is capable of travelling up to 199 miles on a single charge.

For the £19,995 starting price, which includes the government’s £3,000 Plug-In Car Grant, you get the entry-level Action trim. Available solely with the hard-top hatchback body style, the car comes with a 94 bhp electric motor and a 23.8 kWh battery. That allows a range of 115 miles on the official economy test, although Fiat says the car will go further if it’s only used in the city. Get out of the city and onto the German motorway, and you’ll find the car also permits a 0-62 mph time of 9.5 seconds and a top speed of 84 mph.

More on the new electric Fiat 500:

Externally, the Action is set apart by its 15-inch wheels and halogen headlights, while the cabin gets push-button ignition, rear parking sensors and a seven-inch digital instrument cluster. The Action also has a black dashboard and seats upholstered with Seaqual recycled fabric, while there’s a smart audio system that turns your smartphone into the infotainment screen.

That means there’s a cradle in which you can hold the phone either horizontally or vertically, while a Bluetooth connection links the phone to the speakers. There’s also a specific app for the whole system.

Further up the range, the Passion model is the cheapest version to be offered in hatchback and convertible forms. It comes with a larger 42 kWh battery, giving it 199 miles of range, while the 85 kW charging system allows the battery to be filled to 80 percent in around 35 minutes. The Passion also benefits from 15-inch two-tone wheels and LED daytime running lights, as well as a seven-inch touchscreen with Apple CarPlay and Android Auto.

Cruise control and climate control are standard features, too, while customers get a choice of two interior designs. You can go for the dark trim with a black dashboard, or a lighter look with a white dashboard and blue seats.

Climbing higher still, you come to the Icon model, which shares a battery, motor and electric range with the Passion. However, the Icon steps above the Passion with its 10.25-inch ‘cinerama’ touchscreen infotainment system. Externally, the car is marked out by dark-finish 16-inch alloy wheels, while there’s a hands-free access system and a smart ‘wearable’ key that can be carried in a pocket or bag.

Inside, the car features a lighter interior ambience and the dashboard is painted the same colour as the bodywork. There’s even an optional steering wheel trimmed with vegan material rather than leather, and you can have a natural wood effect dashboard finisher.

Topping the range, however, is the limited-edition La Prima model, which has already been unveiled. That car boasts a panoramic glass sunroof and a more pronounced spoiler, as well as a choice of three standard colours and LED headlights. The car is also marked out by 17-inch diamond-cut alloy wheels and chrome-plated inserts on the side panels.