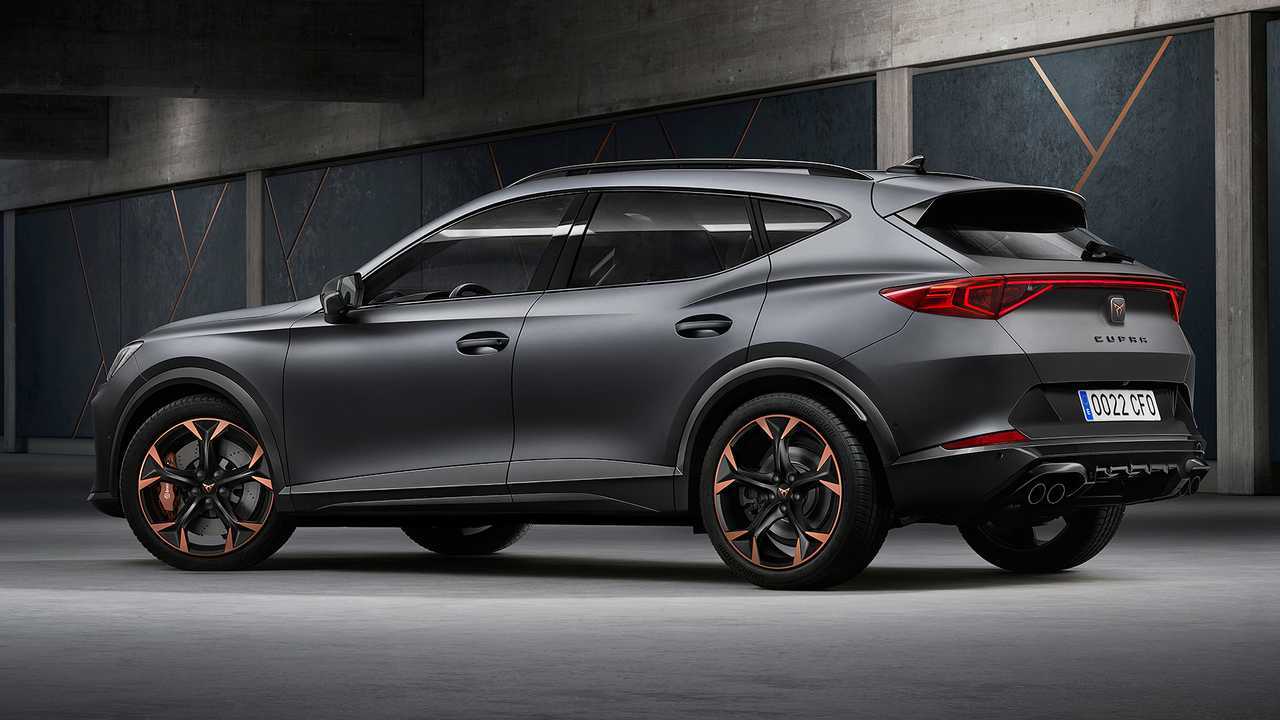 It's the first Cupra model not based on an existing Seat model.

Seat’s performance-orientated spin-off brand Cupra has confirmed its first bespoke vehicle, the Formentor, will cost just over £27,000. The coupe-SUV will arrive on these shores before the end of the year, with an engine line-up including a 306 bhp 2-litre petrol and two 1.4-litre plug-in hybrids.

That five-powertrain line-up is complemented by a choice of six trim levels, ranging from ‘basic’ V1 to the top-of-the-range VZ Edition. The V1, which starts at £27,300, comes with 18-inch alloy wheels, LED headlights and a black rear diffuser with “simulated” exhaust pipes, as well as a digital instrument cluster, 12-inch navigation system and wireless phone charging.

More on the Cupra Formentor:

Furthermore, the V1 also gets keyless entry, three-zone climate control and rear parking sensors, not to mention wireless phone charging and automatic windscreen wipers. Safety systems also feature, including adaptive cruise control that maintains a safe distance to the car in front and autonomous emergency braking that automatically brakes when it detects an impending collision.

Climbing the range brings you to the V2 model, which is set apart by its larger 19-inch alloy wheels, heated leather seats and heated steering wheel. The car also benefits from a reversing camera and front parking sensors to complement the V1’s rear sensors.

Alternatively, customers can choose the VZ1, which misses out on the full leather upholstery but gets sports suspension and a dynamic chassis control system. The VZ1 does, however, get the V2’s reversing camera and front parking sensors. To get the leather seats back, you’ll be needing the VZ2, which also gets blind spot monitoring and Exit Assist, which warns of approaching traffic when opening doors.

Above those two models, you’ll find the VZ3, which adds Brembo brakes to the VZ2’s already bulging kit list, while the range-topping VZ Edition gets a panoramic sunroof. Prices for the VZ Edition with the high-end 306 bhp engine, automatic gearbox and four-wheel drive start at £39,830.