Suzuki Across plug-in SUV will cost almost £46,000 in the UK 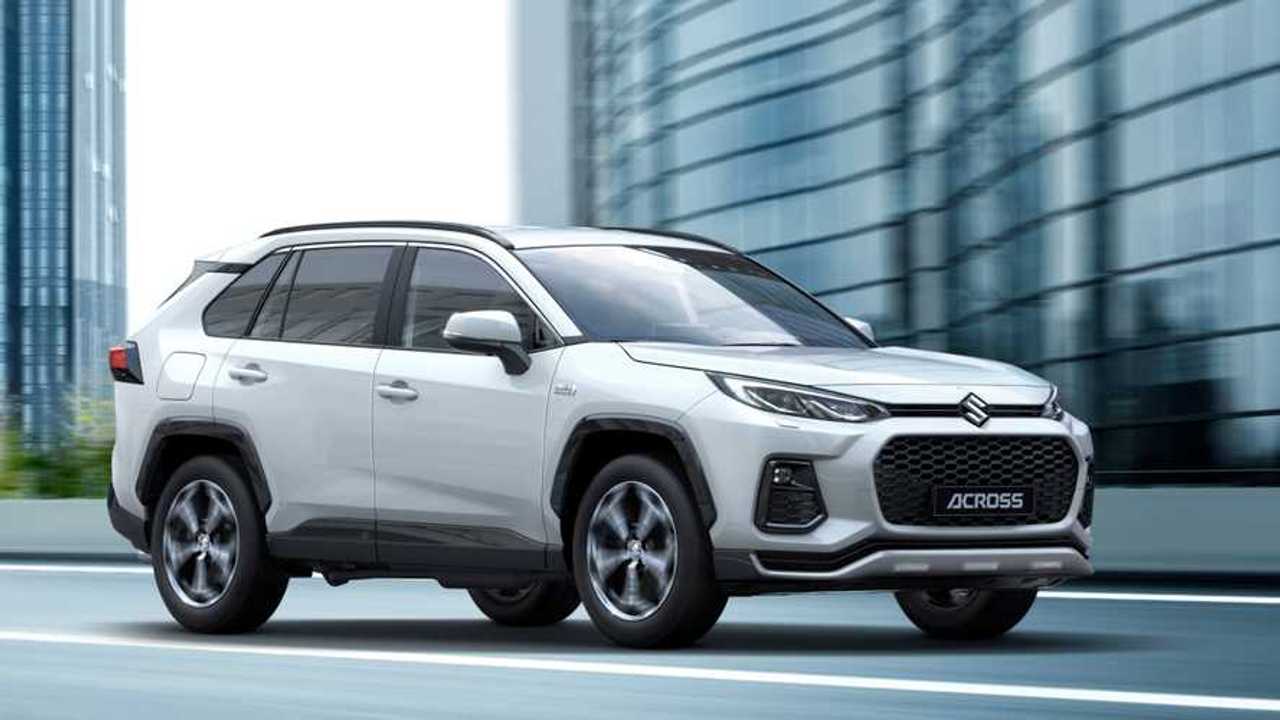 The RAV4-based plug-in hybrid will go on sale in November.

Suzuki’s new Across plug-in hybrid SUV, which is based on the Toyota RAV4, will go on sale next month with prices starting at just under £46,000. According to Suzuki, availability of the company’s first plug-in hybrid vehicle will be “very limited”, and only one trim level will be offered.

That means the £45,599 headline price will get you leather upholstery, heated front and rear seats and a heated steering wheel, as well as dual-zone automatic air conditioning. An automatic, electronically-operated tailgate and a nine-inch multimedia touchscreen will also feature.

The car also comes with 19-inch alloy wheels and LED headlights as standard, while there’s a silver “under garnish” at the base of the front bumper. Customers get a choice of six different colours: White Pearl Crystal Shine, Silver Metallic, Attitude Black Mica, Sensual Red Mica, Grey Metallic and Dark Blue Mica.

Suzuki Across debuts as rebadged Toyota RAV4 PHEV for Europe

Just like the RAV4, the Across comes with a 2.5-litre petrol engine and two electric motors, which are powered by an 18 kWh battery. That means the 302 bhp family SUV can manage more than 46 miles on electrical power alone, but the system can also get the vehicle from a standstill to 62 mph in six seconds flat.

Perhaps more importantly, the 22 g/km carbon dioxide emissions mean the flagship Suzuki model will fall into the six-percent company car tax bracket. That means the monthly tax liability for a 40-percent taxpayer will be just £91.

The plug-in hybrid system comes with four modes, including EV, Auto EV/HV, HV and battery charger mode. EV mode, which is the default setting, uses the electric motor as much as possible, while Auto EV/HV and HV modes allow the car to flit between power delivery systems as it deems fit, using the electric motor to supplement the petrol engine. Finally, battery charger mode uses the engine to top up the battery.

At the same time, the hybrid system also comes with an E-Four electronic four-wheel-drive system using the rearmost electric motor to provide power to the rear axle. That means the car can operate with up to 100 percent of the torque heading to the front axle, or up to 80 percent going through the rear axle. Suzuki claims the system makes the car more stable when setting off on slippery surfaces and improving handling on “varying” road surfaces.

The new Across goes on sale in the UK next month with prices starting at £45,599.