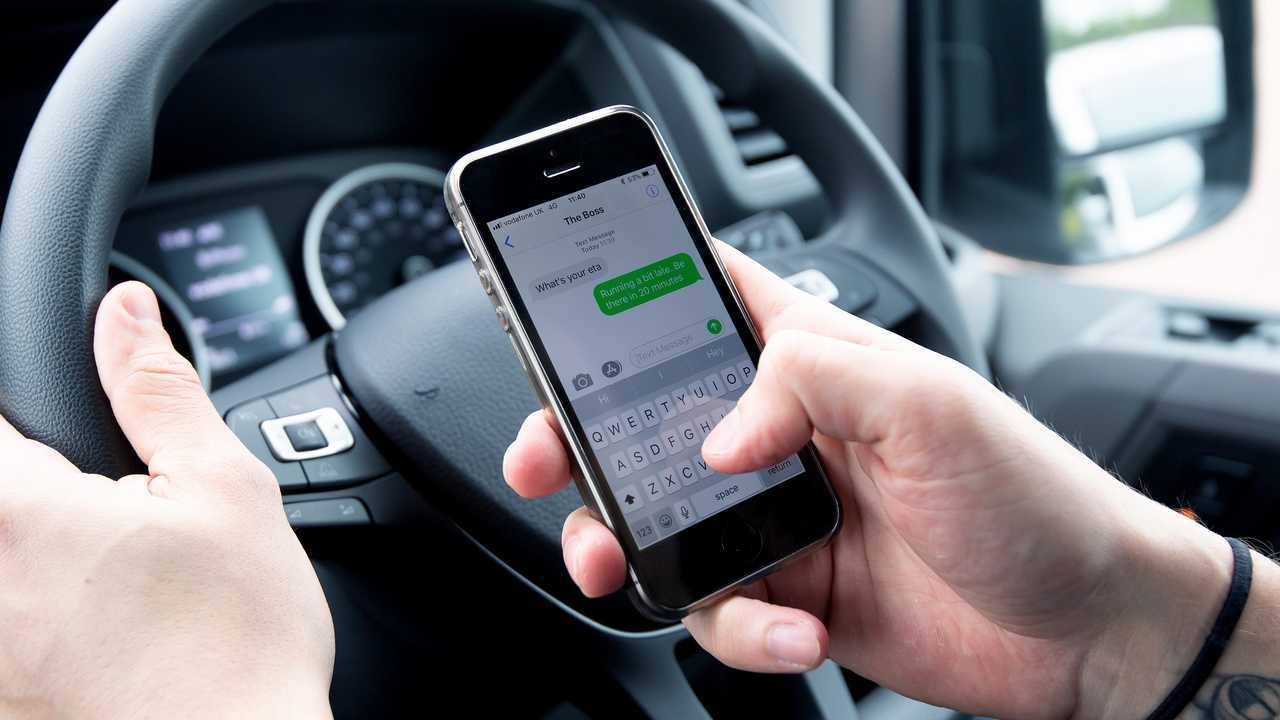 Proposed legislation could ban drivers from taking pictures on a hand-held phone while driving.

The government has announced plans to close a loophole in the law that can let people get away with using a phone to take photos or record videos. Under new rules proposed by the Department for Transport, using a hand-held mobile phone to take pictures, scroll through playlists or play games will be outlawed while driving.

Under existing legislation some drivers have been able to get away with using a hand-held phone because such actions aren’t seen as ‘interactive communication’, and do not fit the current definition of the offence. But the new laws would put a stop to that, with anybody caught committing any of these actions facing the same six-point penalty and £200 fine as a driver caught making a phone call or sending a text message.

The government hopes the new rules will make the roads safer, preventing distracted drivers from getting away with their misconduct. Roads minister Baroness Vere said the plans would ensure those transgressions could invoke the “full force” of the law.

More on phone use while driving:

“Our roads are some of the safest in the world, but we want to make sure they’re safer still by bringing the law into the 21st century,” she said. “That’s why we’re looking to strengthen the law to make using a hand-held phone while driving illegal in a wider range of circumstances – it’s distracting and dangerous and for too long risky drivers have been able to escape punishment but this update will mean those doing the wrong thing will face the full force of the law.”

There is, however, one exemption to this rule. Because of the rise in popularity of apps such as Google Pay, which effectively turn a smartphone into an extension of a credit or debit card, drivers will still be able to use their phones to pay at drive-thru cafes and restaurants. To be exempt, though, the car must be stationary and the goods or services must be delivered immediately.

Similarly, Ministers have also rejected calls to go further by banning the use of hands-free functions. That means drivers will still be able to continue safely using ‘hands-free’ devices while driving, such as a sat-nav secured in a cradle.

The move has been welcomed by the National Police Chiefs’ Council (NPCC) and road safety charity Brake, although the latter organisation called for hands-free phones to be included in the legislation. Joshua Harris, the director of campaigns for Brake, said including hands-free devices would be “challenging”, but would “prioritise” road users’ lives.

“We welcome the government’s move to improve the law on mobile phone use behind the wheel, ensuring that drivers who are caught taking photos or playing games when driving can be appropriately punished,” said Harris. “When amending the law on phone use when driving, the government must also take the opportunity to prohibit the use of hands-free devices. The current law gives the impression that it is safe to use a mobile phone with a hands-free kit when the evidence is clear that it is not. Banning hands-free devices may be challenging but we urge the government to prioritise the lives of road users and take action now.”