The bespoke work costs the same as a new 911 Carrera.

The current Porsche 911 GT2 RS is a very special car. The elemental machine is the hardest 911 you can get, and with 690 horsepower under its big wing, it's one of the few production cars capable of lapping the Nürburgring Nordschleife in under seven minutes. This particular GT2 RS is even more special, as it boasts a plethora of carbon fiber and titanium bit from the optional Weissach Package. Still, that's not quite enough for some people.

Enter Topaz Detailing, which was handed the challenging task of giving this launch-spec GT2 RS a full makeover. By that, we mean very full, as the owner wanted this Porsche to match other vehicles in his supercar fleet, not the least of which being a Rolls-Royce Cullinan and a Ferrari 488 Pista. With a fleet like that, one can afford to drop some extra cash on customiszation, and for this Porsche, it meant a complete exterior respray and a full interior reskin that ultimately cost £75,000. Blimey. 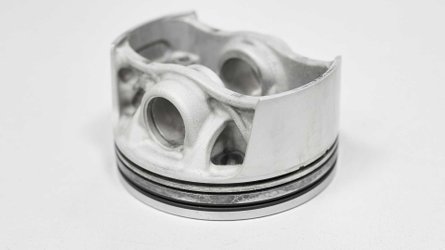 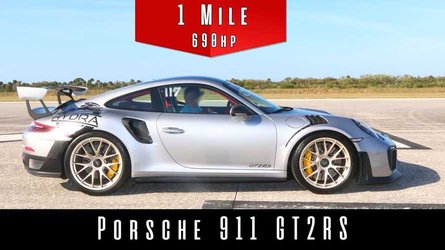 The video at the top of the page chronicles the full process, and while it's terrifically expensive, the price seems justified. To give the 911 a proper factory-esque paint job, it was disassembled outside and in. Door jambs, wheel wells, even the glass was removed so the special shade of Verde British green (a Ferrari colour, actually) could flow into every area that was previously silver. The only exception was the empty interior, but you'll see why that was left alone in a bit.

The paintwork was done while taking great care to not cover the exposed carbon fibre on the bonnet and roof. However, it did extend to the GT2 RS gold wheels for a perfect colour match to the body. The brake calipers were also refinished, though not in green. Instead, they wear a copper shade that also comes from Ferrari. After a thorough sanding and polishing to level the finish, paint protection film was applied to the entire body.

As for the interior, the bare silver wasn't treated with green because everything was covered in tan leather. We do mean everything, from the stalks on the steering wheel to the GT2 RS roll cage. Once again, this was done to match other cars in this collection, and the detail work for the interior is extraordinary. Green leather inserts for the seats offer some contrast, and the stitching is also green for a bit of extra visual appeal. The result is an interior that looks extremely luxurious – a far cry from the racing-themed digs of a stock GT2 RS. We suspect it also gained back every bit of weight lost with the Weissach Package.

There's no denying the finished car looks stunning in its deep shade of green. With GT2 RS production so limited, however, we can't help but think there are some Porsche purists out there cringing at this six-figure makeover. Are you one of them?