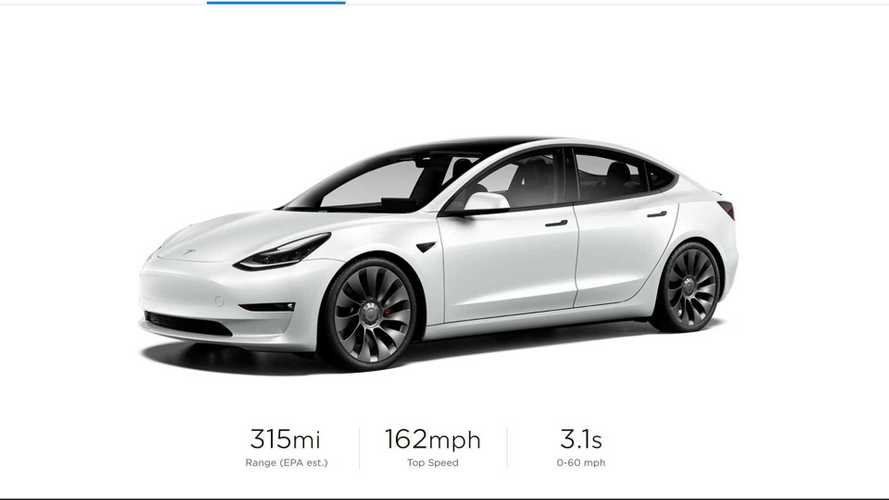 It's now official, the Tesla Model 3 is quicker, it has more range, and it has been 'refreshed' in many ways.

We've been hearing rumours about some updates for the Tesla Model 3. After images surfaced on Twitter showing a Model 3 with changes inside and out, it appeared as if Tesla is actually refreshing the car, though CEO Elon Musk says Tesla never refreshes its vehicles. This is because the automaker touts its over-the-air updates and constant improvements.

Nonetheless, the Model 3 is officially being "refreshed," or whatever you'd like to call it. The updates are now on Tesla's website in the Model 3 Design Studio. They include a range bump, quicker acceleration, a power trunk, a new centre console, new aero wheels, and black-out (chrome delete) exterior trim. Meanwhile, the Model 3's price remains the same.

Check out the Tesla Model 3 with chrome delete

According to Tesla's website, if you order a Model 3 with these updates, you can expect to take delivery in about five to nine weeks. So, before the end of the quarter, of course, but it's going to be a while.

Every Model 3 gets a range increase, and the Model 3 Performance gets a new zero-to-60-mph time. The electric car will now rocket you to 60 mph in just 3.1 seconds. The Long Range dual-motor gets a 30-mile range bump, to 353 miles. The Performance model is up to 315 miles of range from the previous 299, and the Standard Range Plus now has 263 miles of range, up from 250 miles.

The new aero wheels are slightly different. You can see them on Tesla's website. The power trunk and exterior changes are both something many people have requested ever since the Model Y came to market. It seemed it was only a matter of time before Tesla would move to make the Model 3 more like the Model Y, especially since those features are popular.

Finally, Tesla has departed from the infamous piano black centre console. Hopefully for one is more functional and shows fewer fingerprints and dust. That seems to be the case based on the images and the description. The cabin also features four USB-C ports rather than USB ports.

Scroll down to the comments and let us know what you think of the refresh. Is there something else Tesla should change?