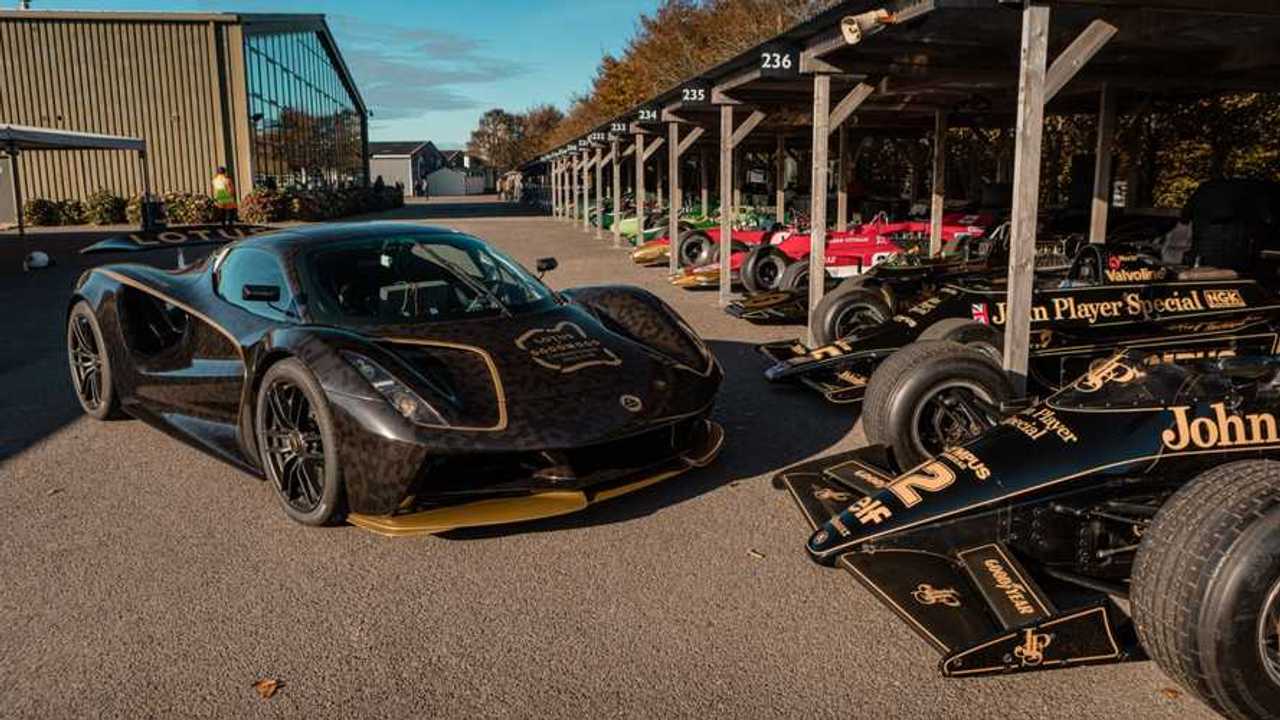 It's the first time the high-performance EV has turned a wheel in public.

Lotus is using the ongoing Goodwood SpeedWeek event to show off its new Evija electric hypercar. The event, which was created after the Covid-19 pandemic put paid to the usual Festival of Speed and Revival events, will mark the first time the high-powered, high-performance EV has turned a wheel in public.

Three pre-production examples of the Evija, which is billed as the most powerful production car, will feature at the event that runs from Thursday, October 15 to Sunday, October 18. One example of the 1,973 bhp hypercar wears the vibrant Solaris Yellow paintwork, while the other two are decked out in Lotus’ classic black-and-gold racing colours.

The cars will be displayed on Goodwood’s race circuit, participating in a variety of activities including the Supercar Run. Thanks to the global pandemic raging outside, it is not possible for members of the public to attend the event, but coverage can be found online and on television, where ITV will be broadcasting from the circuit.

More on the new Lotus Evija:

Lotus is presenting a range of vehicles at the event, including the Lotus 18 driven to victory in the 1961 Monaco Grand Prix by the late Sir Stirling Moss. Jim Clark’s 1963 F1 World Championship-winning car will also be hitting the track, alongside a range of other notable historic F1 cars.

However, the centrepiece will be the new Evija, which comes with four electric motors and a “target” range of 215 miles from a single charge. The hypercar will be produced in very limited numbers, with each example expected to reach a top speed of more than 200 mph.

“We’re having a great time demonstrating the Evija here at Goodwood,” said Gavan Kershaw, director of vehicle attributes at Lotus. “Bringing the cars to an event like this is a welcome break from the hundreds of hours spent on proving grounds, where there’s a huge amount of open space and long straights to test the car’s performance limits. Goodwood is a fast and flowing circuit with numerous undulations in the surface, and so is a fantastic test and demonstration for the Evija as it’s the type of environment where many owners will use the car.

“We hope the TV coverage of the event will show people what an amazing vehicle it is, and we can’t wait to be back next year.”

One of the first people outside Lotus’ engineering team to experience the Evija was the Earl of March and Kinrara, the 25-year-old son of the event’s host, the Duke of Richmond.

“The Evija is unbelievable,” he said. “The power, the speed, I’ve never experienced anything like it – it was exceptional. This new dawn of electric hypercars brings ultimate motoring to life for a new generation and a younger audience. The advancement in electric cars over the last 10 years is astonishing. There is a huge amount of growth potential for these machines to continue allowing us to keep enjoying and driving high performance cars. Lotus continues to appeal to both the inner driver and the inner child in all of us – so much fun, and ultimately for the driver to control and enjoy.”