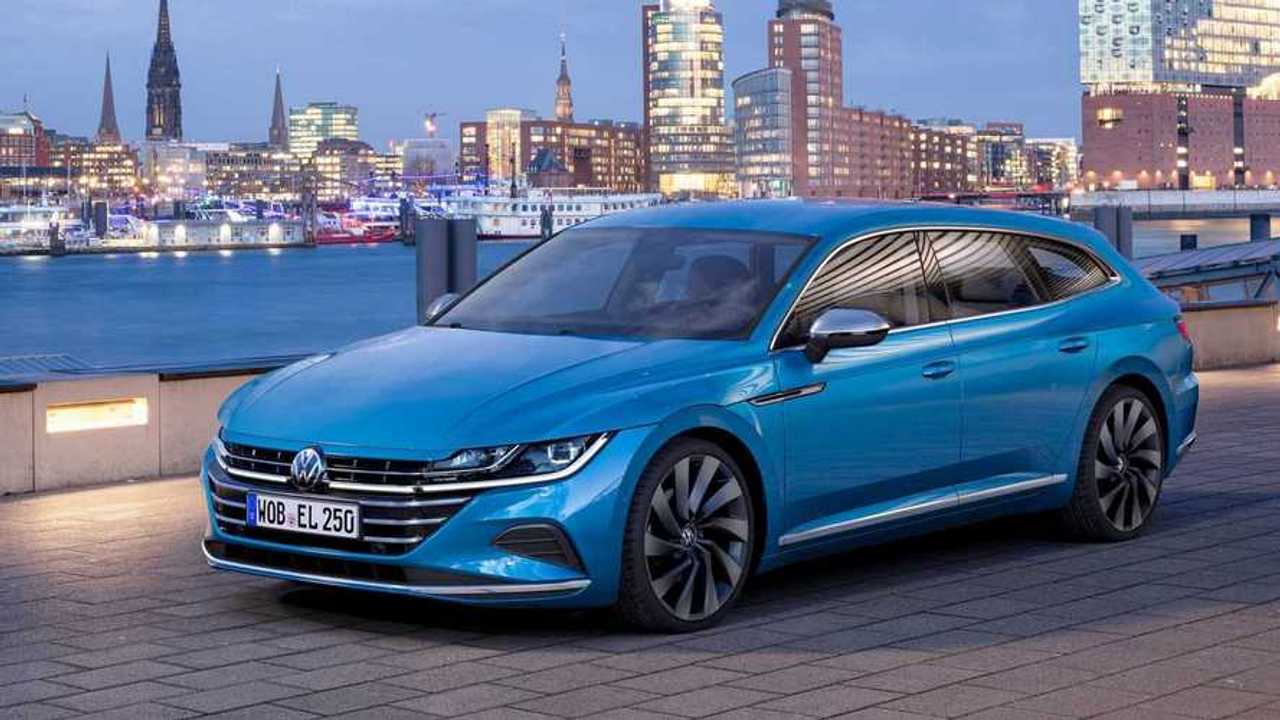 The new Volkswagen Arteon’s asking price has fallen to just under £32,000 with the arrival of an expanded engine range. Although a handful of engines were announced earlier in the year, VW has now introduced a new entry-level 1.5-litre petrol and a mid-range 2-litre diesel powerplant.

Available across the Arteon fastback and Shooting Brake models, the 1.5-litre petrol engine uses a turbocharger to help produce 148 bhp. With a six-speed manual gearbox, the engine can take the big four-door car to 62 mph in less than nine seconds, before hitting a top speed of 137 mph. Officially, the engine will return just over 44 mpg if you go for the most economical trim level.

The new 2-litre diesel engine, meanwhile, is the most powerful engine to be offered with the Arteon, pumping out 197 bhp. Equipped with a seven-speed automatic gearbox as standard and offering a choice of front- or four-wheel drive, the fastest versions will sprint to 62 mph in 7.4 seconds before topping out at 145 mph. Despite that power, the diesel is more efficient than the 1.5-litre petrol, managing more than 55 mpg on the official economy test.

More on the revamped VW Arteon:

Customers choosing that basic 1.5-litre engine will pay £31,965 for the privilege, although those choosing the slightly more practical Shooting Brake version will be looking at a £32,765 starting price. That money buys you the entry-level SE Nav model, which comes with three-zone climate control, a digital instrument cluster and front and rear parking sensors, not to mention an eight-inch touchscreen.

The 2-litre, 197 bhp diesel engine, meanwhile, is only offered with the more luxurious Elegance and R-Line versions, and prices start at £39,495. If you want the Shooting Brake, however, that price rises to £40,295. Both body shapes and trim levels get the front-wheel-drive version of that powertrain, but only R-Line models can be specified with the four-wheel-drive iteration.

“The arrival of a broader suite of engine, transmission and drive options in the new Arteon family of models underlines our intention to make the appeal of this new car as broad as possible,” said Lisa Hartley, Arteon product manager at Volkswagen UK.

“That this stunning new Volkswagen really is as good to drive as it is to look at is emphasised by the arrival of the expanded drivetrain range, and with more to come I’m confident we will soon have an Arteon that will appeal to almost everyone.”