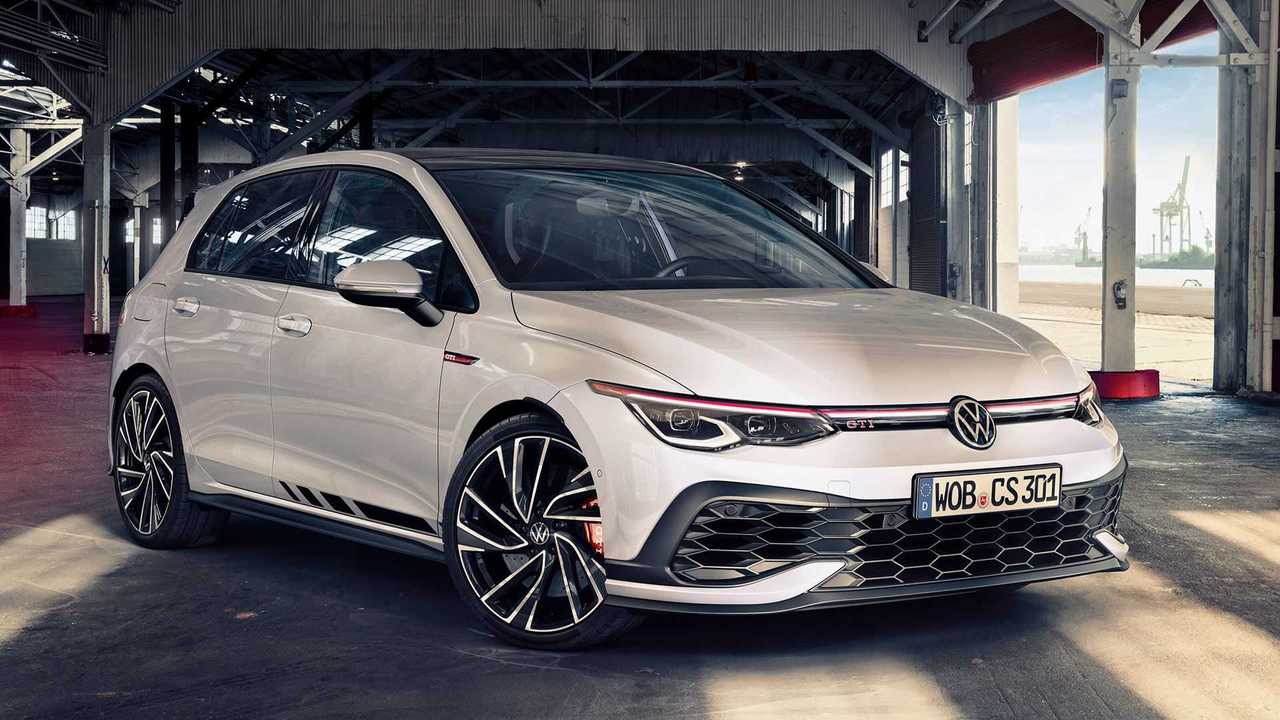 There's a driving mode specifically tuned for the Nürburgring Nordschleife.

The Volkswagen Golf GTI Clubsport debuts to give the brand an even steamier hot hatch. The engineers improve the engine, brakes, suspension, and steering to create a vehicle that's even more exciting to drive.

Under the hood, there's a 2.0-liter turbocharged four-cylinder engine that makes 296 horsepower (221 kilowatts) and 295 pound-feet (400 Newton-meters) of torque. For comparison, the standard GTI produces 242 bhp (180 kW) and 273 lb-ft (370 Nm). The Clubsport comes exclusively with a seven-speed dual-clutch gearbox. VW puts the hotter hatchback's acceleration at 62 miles per hour (100 kilometres per hour) as taking under six seconds, and there's an electronically limited top speed of 155 mph (250 kph).

The Clubsport has an upgraded Vehicle Dynamics Manager that now integrates the control of the variable-locking front differential into the system, in addition to the optional adaptive shocks. VW claims this allows the vehicle to respond faster to even small steering inputs and eliminates the understeer you'd find in a traditional front-wheel-drive vehicle.

The Clubsport's suspension sits 0.59 inches (15 millimetres) lower than a standard GTI, and there's increased positive camber at the front axle. The engineers tweak the progressive-rate power steering to have a more direct response when entering a corner.

If you're taking the Clubsport to the Nürburgring Nordschleife, then there's good news because there's a driving mode called Special that's specifically for lapping the Green Hell. It includes softer suspension settings than Sport mode because the 'Ring has an undulating surface where a harder ride isn't ideal.

Identifying the Clubsport is easy because it features a revised front fascia with a honeycomb mesh grille. There are body-colour, wing-shaped elements at each lower corner, and the rest of the surround is matte black. The vehicle comes standard with five-spoke 18-inch wheels, but designs with a 19-inch diameter are optional. At the back, there's a high-gloss black spoiler on the roof. A circular exhaust outlet comes out of each side of the rear, and a simulated diffuser run between them.

Inside, the Clubsport comes standard with VW's ArtVelours fabric upholstery, and perforated leather is an option. There's red stitching on the seats, center armrest, floor mats, and steering wheel.

We expect the GTI Clubsport to go on sale in the UK towards the end of the year with pricing to be announced during that time. The standard GTI starts at £33,460 so expect the Clubsport to come in three or four grand higher.