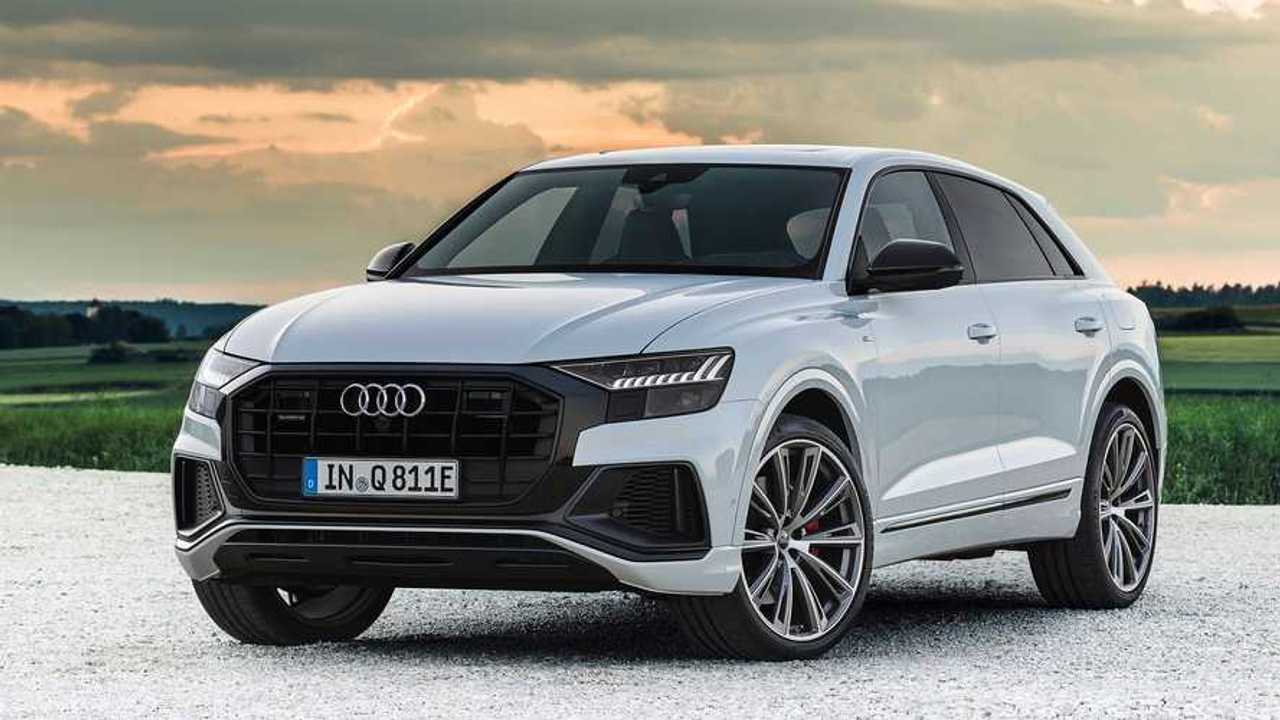 New plug-in hybrid versions of the Audi Q8 SUV will go on sale later this month with prices starting at just under £74,000. The seventh plug-in hybrid to come out of Ingolstadt, the new model will come in a choice of two guises, with the ‘standard’ Q8 55 TFSI e Quattro joined by the more powerful Q8 Competition 60 TFSI e Quattro.

Both models come with a turbocharged V6 petrol engine that produces 335 bhp, as well as an electric motor and a 17.8 kWh battery pack that offers up to 28 miles of zero-emission motoring. In the 55 TFSI e Quattro, that combination offers a total ‘system’ power output of 376 bhp, while the more potent Competition 60 TFSI e Quattro provides 456 bhp.

More on the Audi Q8:

Perhaps more importantly, though, both cars can travel at speeds of up to 83 mph in electric mode, and the 55 will manage 100 mpg and CO2 emissions of 65 g/km on the official fuel economy test. The 60 is barely less efficient, managing 97 mpg and 66 g/km on the same test cycle.

Whichever you choose, the e Quattro versions of the Q8 will come with a system that monitors navigation data and automatically chooses the most efficient operating “strategy” for the journey. The vehicles start in electric mode, with the hybrid system providing the power for low-speed manoeuvring and the petrol engine only taking over when the accelerator is pressed harder.

In Auto mode, the car selects the most efficient drive type for the situation, but drivers can take control by choosing Hold mode to retain the current amount of charge or Charge to use the petrol engine as a power station for the battery. There’s also an EV mode that gives “maximum priority” to the electric motor.

“Luxury travel is obviously something to be savoured, but for an ever increasing number of drivers it can only be enjoyed with due consideration and respect for the environment,” said Andrew Doyle, the director of Audi UK.

“Cruising on air suspension in the upscale surroundings of the new Q8 TFSI e accompanied only by the distant purr of its electric motor is a true golden moment, but also a green one that can be enjoyed for the entire duration of many commutes, eliminating exhaust emissions from numerous journeys. Factor in the V6 engine providing the luxury of abundant power and the convenience of a far-reaching driving range in hybrid mode and you have an SUV that really appeals on every level.”