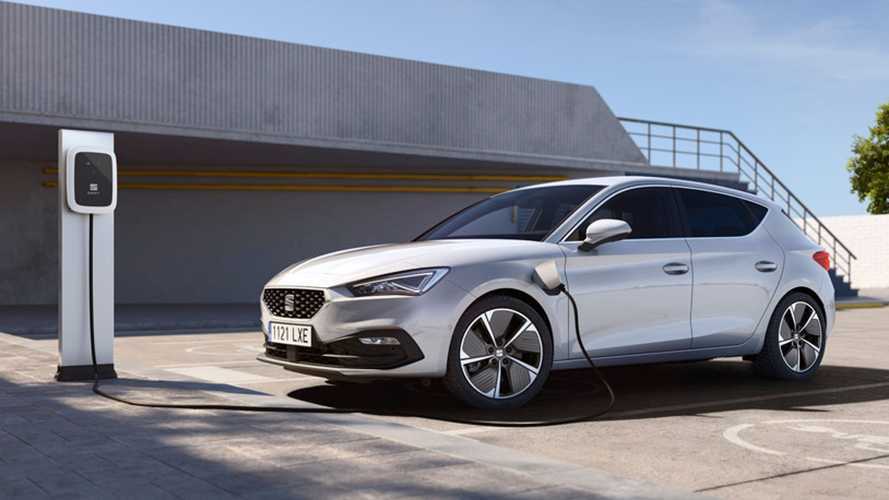 The Leon e-Hybrid will do 36 miles on a single charge.

The plug-in hybrid version of Seat’s new Leon family hatchback is available to order now, with prices starting at just under £31,000. The Leon e-Hybrid is the brand’s first plug-in hybrid car, offering customers an all-electric range of 36 miles and a power output in excess of 200 bhp.

That power comes courtesy of a 1.4-litre petrol engine and an electric motor, both of which power the front wheels through a six-speed automatic gearbox. In total, the two motors churn out 201 bhp, which is enough to permit a 7.5-second sprint from 0-62 mph.

Power for the electric motor comes from a 13 kWh lithium-ion battery, which is recharged via a 3.6 kWh AC plug. That means charging the car from empty will take less than four hours. Do that often and drive economically, and the official figures show you could be looking at an average economy figure of between 217.3 and 235.4 mpg.

Perhaps more importantly, though, the Leon emits just 27 grams of carbon dioxide per kilometre, putting it straight into the 10 percent company car tax bracket. With prices starting at £30,970 on the road, that might be a tempting prospect for many considering company-funded wheels.

At that price, you’ll be looking at the FR model, which comes with a slightly sportier image than others in the Leon line-up. However, if you want a little more kit, you can always go for the more luxurious FR Sport, Xcellence and Xcellence Lux trim levels, as well as the high-end First Edition. All five get the option of plug-in hybrid power.

At the opposite end of the Leon range, hybrid power is appearing in a slightly different way, thanks to the introduction of a petrol mild-hybrid. The new 1-litre eTSI engine offers 109 bhp and comes with an automatic gearbox as standard, but the standout feature is the 48-volt hybrid system.

The technology allows the car to effectively recuperate energy that would normally be lost while braking or decelerating, and using it to help the engine out. Whether that power is used to enable the car to coast with the engine switched off or to offer extra grunt when the engine is under load, it reduces the fuel consumption in stop-start traffic.

Priced from £22,720, the eTSI engine is expected to be popular with company fleet managers, the majority of whom are expected to go for the SE Dynamic trim level, which sits just above the SE at the foot of the Leon range. That car offers satellite navigation, 17-inch alloy wheels and a digital instrument cluster, as well as tinted rear windows and park assistance, yet it still comes in at just under £24,000 with the mild-hybrid engine. More importantly, 128 g/km emissions put it in the 28-percent tax bracket.

More on the new Seat Leon: