The Tesla Model 3 driver had been chased earlier by police, but the pursuit was called off.

The surveillance video clearly shows the Tesla Model 3 driver losing control and crashing into a garage in Covina, California, near Los Angeles. As you can see, the garage and house are severely damaged.

Police reports reveal that the driver of the Tesla had been chased earlier by the California Highway Patrol. However, he/she was driving too fast, so the pursuit was called off due to being unsafe.

After the chase came to an end, the Model 3 driver crashed into a residential garage. The homeowner was inside the house watching TV when it happened. Fortunately, he wasn't injured, and there are no reports of anyone else injured in the home.

Following the crash, the driver took off on foot. However, the Model 3 passenger remained in the car and was transported to a local hospital with minor injuries. It seems this friendship may not be lasting. Can you imagine being injured due to a driver's stupidity and then being left in the car? 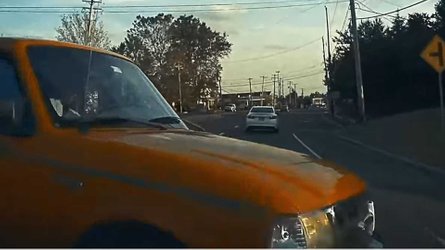 Watch Tesla Model X crash into a truck, plus Autopilot vs cow
⠀ 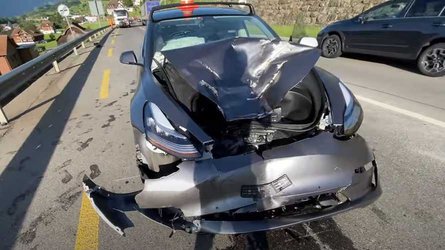 Earlier, the police had tried to stop the Model 3 driver for reckless driving on the westbound 10 Freeway. However, the driver took off and fled at high speeds. It didn't make sense for the police to continue chasing the Tesla, since someone else could get hurt. Perhaps the driver didn't realise he/she was no longer being chased when he/she crashed into a house about a half-mile away from the incident.

ABC7 says the Tesla was left in the garage overnight for safety reasons. This morning, a tow truck and heavy equipment arrived to tow the Model 3 away. This is a developing story.