Bath and Birmingham to introduce clean air zones in 2021 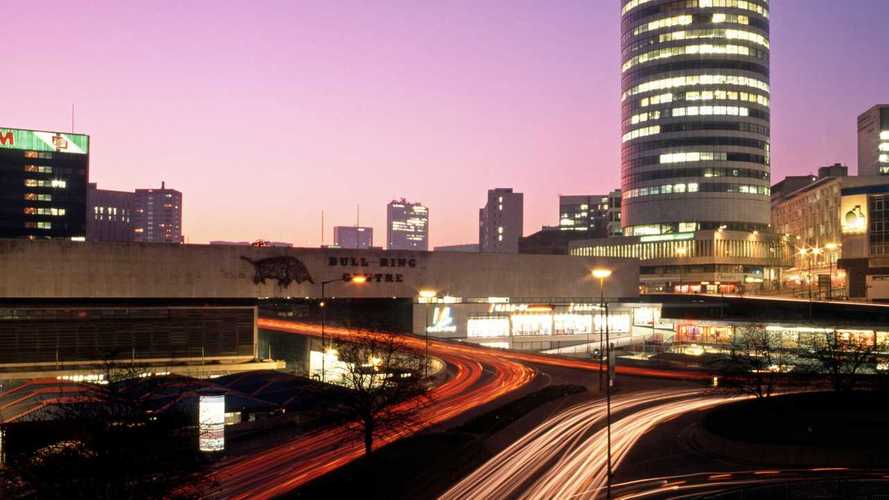 Bath's zone will be the first English clean air zone outside London.

Councils in Bath and Birmingham have both announced plans to introduce so-called “clean air zones” in their city centres next year. The zones, which see vehicles that fail to meet set emissions standards charged to enter a prescribed area, will be among the first English clean air zones outside London.

Bath will be first to launch its zone, with the scheme arriving on March 15, 2021, before Birmingham implements its plans on June 1. Bath had originally planned to launch its clean air zone next month, but the scheme was pushed back in light of the coronavirus crisis, while Birmingham’s scheme should have been introduced this summer, before technology issues and the global pandemic saw the scheme delayed.

Bath and North East Somerset Council is also offering financial help to businesses impacted by the scheme, with eligible van drivers offered up to £4,500 in grants, plus interest-free finance, to help them upgrade to a similar, compliant vehicle. Larger grants are available of up to £20,000 for HGVs and £35,000 for buses and coaches.

“In 2017, the government directed us to reduce levels of nitrogen dioxide in the city in the shortest possible time,” said Bath and North East Somerset Council’s leader, Councillor Dine Romero. “Technical work showed that a charging zone was the only measure that could achieve compliance in the time frame we were given.

“The council consulted widely on this and agreed to introduce a class-C charging CAZ with traffic management at Queen Square, charging all higher emission vehicles, except private cars and motorcycles, to drive in Bath’s city centre. We all want clean air and the zone is a step towards our wider ambitions for Bath and North East Somerset to address air quality and tackle the climate emergency.”

Meanwhile Birimingham’s clean air zone will have much more impact on private motorists, who will be charged £8 to enter the city centre in a diesel car that does not meet the Euro VI emissions standards or a petrol car that does not meet the Euro IV standards. Birmingham, too, is offering financial help to those who are affected, with a total of £35 million available to eligible residents, commuters and businesses.

“We have been working closely with officials at the Joint Air Quality Unit and ministers to agree a new launch date for the government-mandated clean air zone,” said Councillor Waseem Zaffar, Cabinet Member for Transport and Environment at Birmingham City Council. “Poor air quality remains a public health risk and a clean air zone provides the city with an effective tool for tackling this issue in the shortest possible time.

“The majority of drivers on Birmingham’s roads will not need to pay the daily charge, but if you do then you may be eligible for an exemption or one of the financial incentives. So, I would encourage everyone to check the Brum Breathes website today. And everyone can still play a role in improving the air we all breathe by trying to reduce the number of shorter journeys we make by car every day.”

“Logistics UK welcomes the clarity which today’s announcement provides on the date for the introduction of the Clean Air Zones in Bath and Birmingham,” said the organisation’s policy manager, Chris Yarsley. “This will allow logistics operators time to plan new business practices and speed vehicle replacement timelines where necessary. News that support packages will be available for operators to assist with the acquisition of Euro VI standard vehicles is also positive encouragement for a sector which has been impacted by the downturn of the economy caused by the COVID19 pandemic.

“Logistics operators remain committed to cleaning up urban air, but it is important that other contributory factors to air quality are also considered in the longer term, including improvements to traffic flow patterns, retiming of deliveries and the introduction of alternatively fuelled vehicles, as well as other sources of air pollution.”