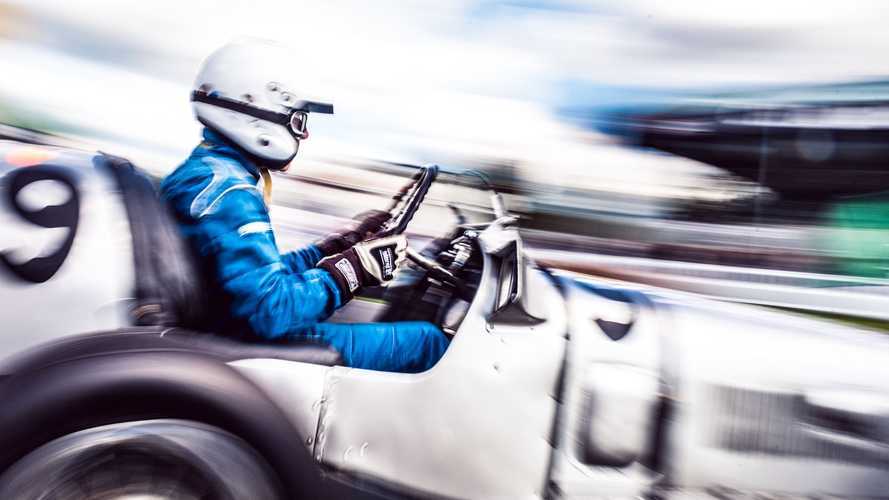 With the Festival of Speed and Revival down the tubes, step forward socially distanced SpeedWeek.

Goodwood’s famed Festival of Speed and Revival events may have fallen by the wayside this year, but the West Sussex estate is still offering fans their motoring fix. Described as a “one-off digital technology playground”, the SpeedWeek event will be livestreamed over Facebook with full 360-degree audio and visual “interaction”.

The event begins on Friday, October 16 and continues until Sunday, October 18, with the Goodwood Motor Circuit taking centre stage. Unlike the Festival of Speed, which centres around the hill near the main house, SpeedWeek’s action will be on the bigger race track that wraps around the Goodwood airfield.

To bring the event into spectators’ living rooms, the estate has installed more than 12 miles of high-speed fibre-optic cabling and 49 high-definition cameras. That includes 19 trackside cameras and 15 live ‘on-board’ cameras, which will be operated by a crew of 180. At the same time, the event will also be brought to life by 10 presenters and two TV studios.

Every day of the event will combine elements of the Festival of Speed and the Revival, with classic and modern cars sitting cheek by jowl. The Sunday finale – a one-lap, winner-takes-all shootout – will pit new and old in a blur of hypercars, single-seaters and prototype sports cars.

Alongside that old-school entertainment, however, the event will also include a Technology Showcase, with insights into the world of F1 technology and an autonomous lap of the track, complete with a behind-the-scenes look at how it was achieved.

The event will also feature an electrically powered race between the Virgin Formula E car, an electric Harley Davidson and a drone, as well as a drift demonstration from the all-electric Ford Mustang Mach-E 1400 prototype. Better still, there’s a behind-the-scenes look at jet suit firm Gravity, with one of the presenters learning how you train to become a jet suit pilot.

As well as a range of streaming options, the show will also be broadcast live on ITV1 and ITV4. The latter will cover Friday and Saturday between 16:30 and 18:30 and 14:00 and 16:00 respectively, while the former will cover Sunday’s action between 14:00 and 16:00. The following week will see ITV4 host highlights on Wednesday and Thursday evenings.

“Technology is a core feature of Goodwood motorsport events and we strive to showcase the most innovative and forward-thinking mobility innovations,” said the Duke of Richmond, the owner of the Goodwood estate. “At Goodwood SpeedWeek we were presented with a unique opportunity to go one step further, quite literally placing digital right at the heart of the experience. It’s allowed us to raise the bar even higher, offering a once in a lifetime, interactive experience that is accessible to viewers anywhere in the world.”