The Beach model comes with a choice of five, six or seven seats.

VW’s van division, Volkswagen Commercial Vehicles, has announced plans to reintroduce the Beach model to the California range as interest in camper vans swells. The German company says demand for campers is growing as the coronavirus crisis encourages people to ‘staycation’ in the UK.

The Beach name will be familiar to fans of the California, having been used on earlier generations of VW’s mid-sized camper van. Rivalling the Ford Transit Custom Nugget, the California is among the most popular camper vans on the market, and it’s already available in a choice of two trim levels: Coast and Ocean. The arrival of the new Beach model is, supposedly, down to a surge in demand for camper vans after the coronavirus lockdown.

Although the firm has told us to wait until the end of the month for further details, we do know the new model will come with a price tag of just over £52,000. VW is promising a choice of four-, five-, six- and seven-seat variants, giving extra choice to consumers. It’s hoped those options will appeal to those who need something “more flexible” than the conventional California.

More on the VW California: 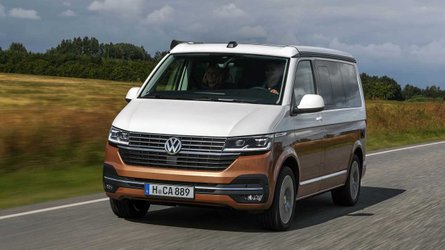 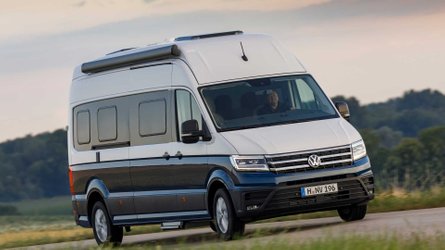 Arriving on sale later this month, the Beach will be available in Camper and Tour variants, complete with a 2-litre, 148 bhp diesel engine and an automatic gearbox. Both versions will arrive in the UK in March 2021, boasting a manual pop-up roof and 17-inch alloy wheels.

The vehicles will also get a DAB radio with phone connectivity and a camping table, while two folding chairs will be included in the price. The Tour version, however, will get five seats as standard, with the option to increase that to six or seven seats, making it the first vehicle in its class to offer seven seats.

Tour models also come with sliding doors on both sides of the vehicle, making entry and exit easier for passengers. Prices start from £52,062.

Alternatively, customers can choose the Camper model, which comes with just four seats, but the option to increase that to five seats remains available. Perhaps more importantly, though, the Camper comes with a pull-out mini kitchen that includes a single gas hob and a pull-out awning.

Although the Camper appears to come with more equipment, it is only marginally more expensive, with prices starting at £52,302.

Both vehicles are based on the latest T6.1 version of the VW Transporter van, which is among the best-known commercial vehicles on the market. Marked out by its Arteon-aping grille, the T6.1 is fitted with a more premium interior than its predecessor, and it comes with VW’s latest-generation touchscreen technology.