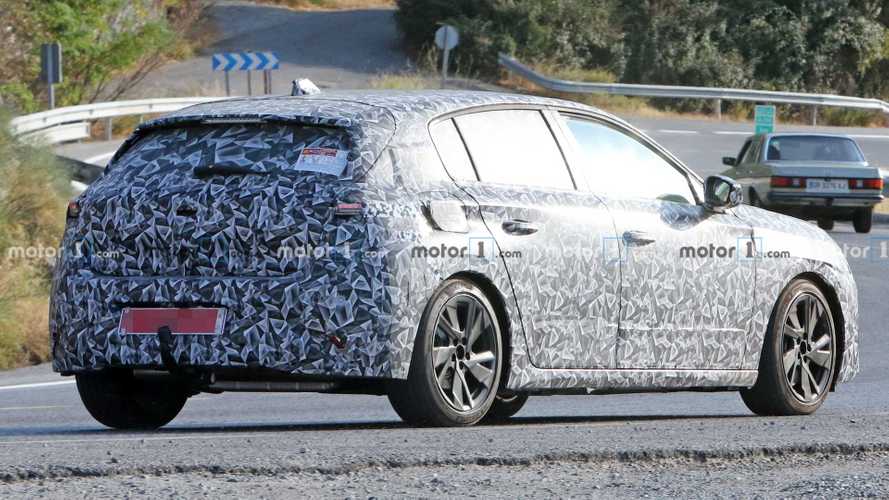 It's going to get the company's new retro-flavored logo.

The COVID-19 pandemic hasn’t changed PSA’s plans for a US return in 2023, and combined with the merger with FCA, we’re certainly going to pay more attention to Peugeot and Citroën models. The company with the lion badge will be the one to make a comeback after a long hiatus, with Peugeot exiting the US market back in 1991.

It would make sense to bring crossovers like the 2008, 3008, and 5008 trio to feed an insatiable SUV-hungry market, but we’re sure some Americans wouldn’t mind a compact hatchback. The 208 supermini would likely be deemed too small for US preferences, therefore a wiser business decision would be the larger 308 compact hatchback. It’s being completely redesigned and reengineered for 2021, as it should considering the outgoing model has been around in Europe since 2013.

Taking into account the newly formed Stellantis group as a result of the FCA-PSA merger, could the 308 be badge-engineered as a Dodge? Perhaps a modern-day Shadow or Omni? It’s too early to tell, but it goes without saying the tie-up between the two automotive conglomerates will impact quite a few models from both parties. Just look at the VW Group and how it sells the mechanically related Golf, Octavia, A3, and Leon with great success.

Anyway, the adjacent spy shots depict the five-door hatchback. A more practical estate is likely planned to rival the long-roof versions of the three mainstream German cars I just mentioned. Redesigned from the ground up, the 308 will also get new underpinnings by switching to the EMP2 platform and that should pay dividends in terms of available room for passengers and cargo.

Enthusiasts will be happy to hear a Peugeot Sport Engineered variant is rumoured to top the range as an all-wheel-drive hot hatch with roughly 300 bhp. The PSE-badged 308 will allegedly adopt a hybrid powertrain in the same vein as the recently unveiled 508 PSE and is expected to serve as a direct successor of the fabled 308 GTi.

The next gen is coming:

The design should be quite exciting judging by Peugeot’s most recent cars, and while this prototype is fully camouflaged, you can tell it has the final body and lights. Speaking of which, the LED daytime running lights stretching down the front bumper are visible in this set of spy shots, as is a section of the main headlights. A front camera mounted in the centre of the grille suggests a semi-autonomous driving system is planned, and there’s a good chance the model's name will be featured on the bottom of the bonnet as a nod to the past.

That won’t be the only retro-flavoured design as previous spy shots revealed a modern take on the corporate logo that debuted with the Peugeot 404 in 1960 before getting a sleeker design on the 504 model in 1968. The company brought it back with the fantastic e-Legend concept in 2018, and now it looks like it’s coming to a production car.

Peugeot gave the current 308 one final update in June, but you’ll be better off waiting for the next-gen model expected to premiere sometime in 2021.