English motorways get 93 new gritters in time for winter chill 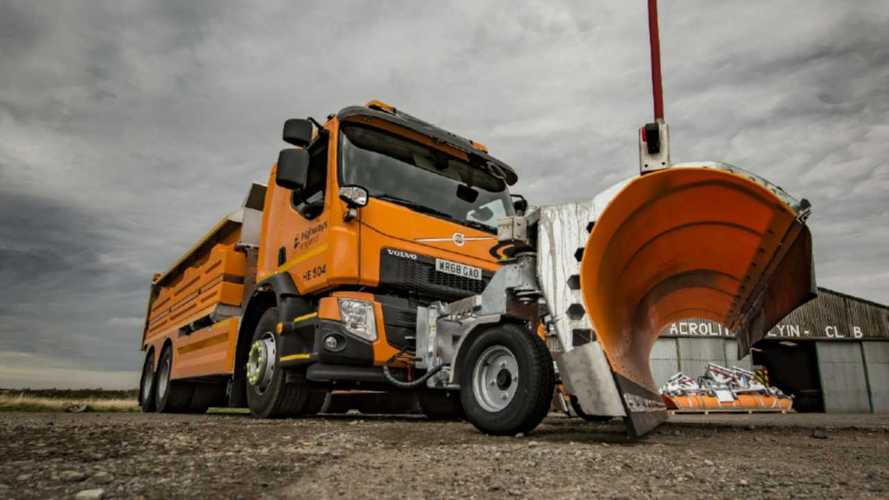 Sadly there's no word on whether any gritters have been named 'Salty McSaltface' or something similar.

The government-run firm in charge of English motorways is readying for winter with the arrival of 93 new gritting trucks. Highways England, which operates the country’s motorways and major A-roads, says the trucks are “part of a multi-million-pound investment” to help prevent the roads clogging in severe weather.

The “state-of-the-art” vehicles will work faster than the old models, gritting at speeds of up to 50 mph where the old vehicles could only operate at 40 mph. The trucks are also designed to keep operators safe behind the wheel thanks to their enhanced technology and visibility.

According to Highways England, the vehicles will be deployed around the country when winter weather strikes, gritting and ploughing where necessary to keep the roads clear of treacherous ice and snow. The vehicles will operate across the Highways England network, and will be seen on arterial A-roads, as well as the motorway system.

More on driving in severe weather:

How to prepare your car for winter the German way

With the arrival of these vehicles, Highways England’s gritter fleet has grown to 535 vehicles, each of which has gone through a summer service to be in the best possible condition for winter. These vehicles are based at 127 depots in strategic locations across the network, where they will have access to an accumulated stock of more than 280,000 tonnes of salt.

These vehicles are commanded by a team of 1,300 specially trained drivers, who work in shifts to provide cover all day, every day. The gritters will also be assisted by 23 snow blowers, which can remove up to 2,500 tonnes of snow per hour.

To assess when and where the gritters and snow blowers are needed, Highways England also has around 250 weather stations located across its 4,400 miles of motorways and major A-roads. Overhead warning signs can be used to inform motorists of severe weather.

Highways England’s winter fleet manager, Jane Wilkins, said the new vehicles would be safer and easier for operators to use.

“The latest vehicles contain innovative technology which includes being able to pre-programme the gritters with information specific to each gritting route,” she said. “This enables salt to be spread onto the road automatically, considering any specific requirements for bridges, landscape and other road features allowing drivers to give their full attention to driving at all times. When the wintry weather does arrive, our 1,300 specially trained gritter drivers will be ready to work around the clock to keep traffic moving.”