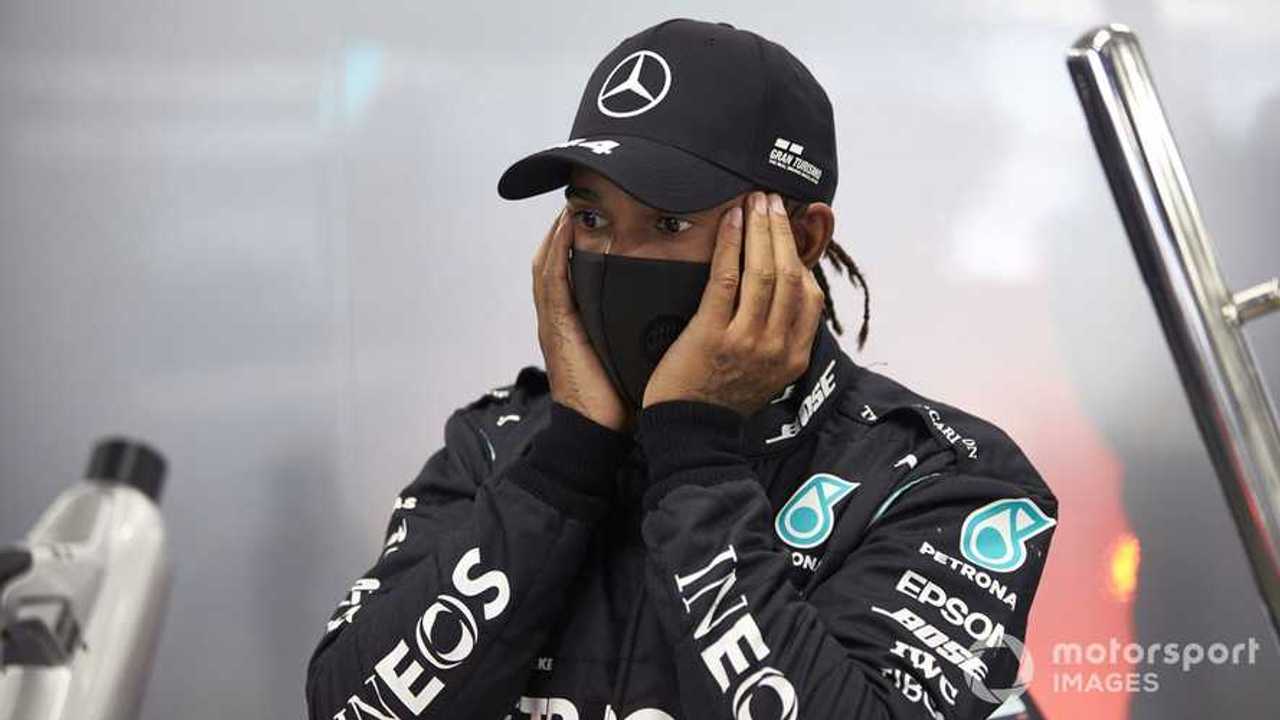 Hamilton is poised to break or equal records for both wins and titles this year, the Mercedes star currently on 90 race victories, one shy of Michael Schumacher's benchmark.

He's also on course to equal Schumacher's haul of seven titles, leaving the door wide open for Hamilton to become the standalone record holder in both categories by the end of the current regulations.

But despite those wins and titles, many the result of a dominance across the turbo hybrid era, Stewart isn't ready to put Hamilton among the sport's greats.

The three-time champion says Fangio and Clark are still the best Formula 1 has seen, while Hamilton's numbers have been helped by longer seasons and the modern dedication to competing in a single category.

"I don't think that you can account that sort of level of success, just because today there are 20, 22 races," Stewart told the In the Fast Lane podcast.

"Juan Manuel Fangio is in my mind the greatest driver that ever lived, with Jim Clark the second greatest, even ahead of [Ayrton] Senna. But those people only raced sometimes six to eight or nine races a year in Formula 1. They were driving sportscars, GT cars, etcetera.

"But the world championship now, Lewis Hamilton, or any of the other top contenders, are doing 22 races – only in Formula 1. Not in touring cars, not in GT cars, not in IndyCars, not in Can-Am cars...

"The pressure today is much more relaxed. Of course they go to the factory and do the simulator, but that's not quite the same. It's a different world."

Stewart added that the "almost unfair" advantage enjoyed by the Mercedes squad in recent seasons also works against Hamilton in the 'all-time great' stakes.

"Lewis drives extremely well, make no mistake. I'm not in any way diminishing his skills. But it's not the same," he said.

"[Fangio] drove in such a way, it was quite extraordinary – he would choose Ferrari, and then he would think 'well Maserati next year might be good', so he never did more than a one-year contract.

"And then he drove for Mercedes-Benz and won two world championships with them, because they were the best cars in the world at that time.

"Lewis made a very good decision when he left McLaren at that time and went to Mercedes-Benz. I take my hat off to him for making that decision. But frankly, the car and the engine are now so superior that it's almost unfair on the rest of the field.

"Now you can't say that, you must take your hat off to Mercedes-Benz, to Toto Wolff and to Niki Lauda for making one hell of a team, for choosing the best engineers, getting the best money that most other teams couldn't get, apart from Red Bull.

"It's not quite the same respect, if you like, of being able to do it in less than the best car. And that's where sometimes there was a difference between the very, very great drivers and the ones that were very successful.

"It's difficult to say that about Lewis, not being as good as Fangio was, in my mind. And a lot of people would find fault in that. But I've been watching motor racing [since] I was a wee boy. My brother was a racing driver, I was going with him to races and seeing Ascari and Nuvolari and Caracciola and people like that. Some of the best racing drivers in the world, I saw.

"To say Lewis is the greatest of all time would be difficult for me to justify, in sheer power of what the other drivers were doing."

According to Stewart the top-heavy nature of modern Formula 1, particularly in the engine department, makes it difficult to identify the truly great drivers.

"I do think I was lucky to drive in my window of time," he said. "We had Jim Clark and Graham Hill and Jochen Rindt, my teammate Francois Cevert and a few others that were really top racing drivers. Chris Amon, Jack Brabham. These were top, top racing drivers.

"We don't have that today, that you could identify these people at the very top of their profession.

"The great thing about my window of time was the Ford Cosworth. Everybody had a Ford Cosworth except for Ferrari. There was a level playing field that simply doesn't exist today."