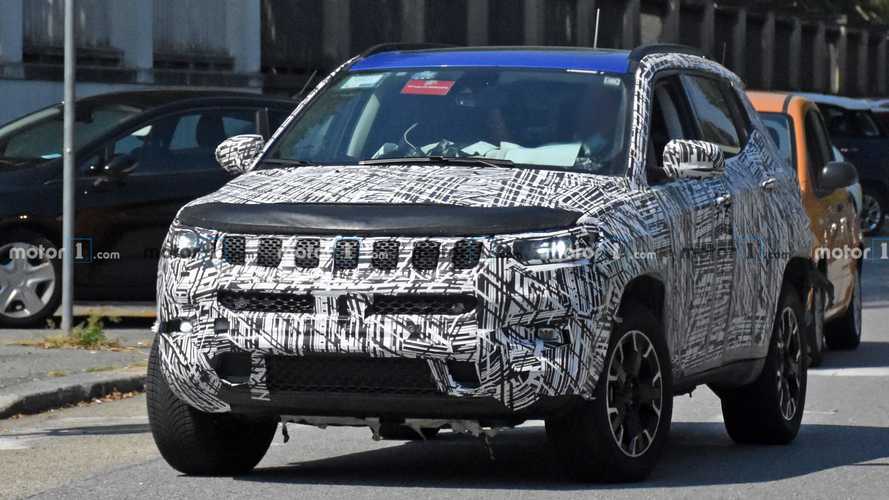 There's a new tablet-style screen on the dash.

The Compass may not be the most talked-about model of Jeep but that doesn’t mean it doesn’t deserve our attention. The compact SUV is currently being prepared for a comprehensive facelift and we have new spy photos of it to share with you.

This new batch of images shows us a prototype with significantly less camouflage than before. The front fascia is finally uncovered and we can confirm the seven-slat top grille will remain mostly unchanged but there appear to be some changes to the headlights. These tweaks will be limited to a slightly narrower shape for the clusters.

The backside of the car wears even less camouflage and that probably means there won’t be any major revisions there. Still, there might be some new touches to the lower part of the bumper, the bumper diffuser, and the taillights. All in all, the rear end won’t feature changes that are as dramatic as those in the front.

Some of the new spy photos provide a quick look at the cabin and there’s a new tablet-style screen for the infotainment system. It sits atop the dashboard which appears to have a completely new shape and design compared to the model that’s still on sale today.

As far as we know, there won’t be improvements under the bonnet, too. The current Jeep’s 1.4-litre four-cylinder petrol and 1.6- and 2.0-litre diesel units will carry over without changes and the selection of transmissions will remain as well. Currently, you can select from a total of four different trim levels, three transmissions, and about six exterior colours. All these options should remain available for the facelifted model.

Look for the refreshed Compass to debut at some point next year and to be ready for its market release just in time for the 2022 model year.