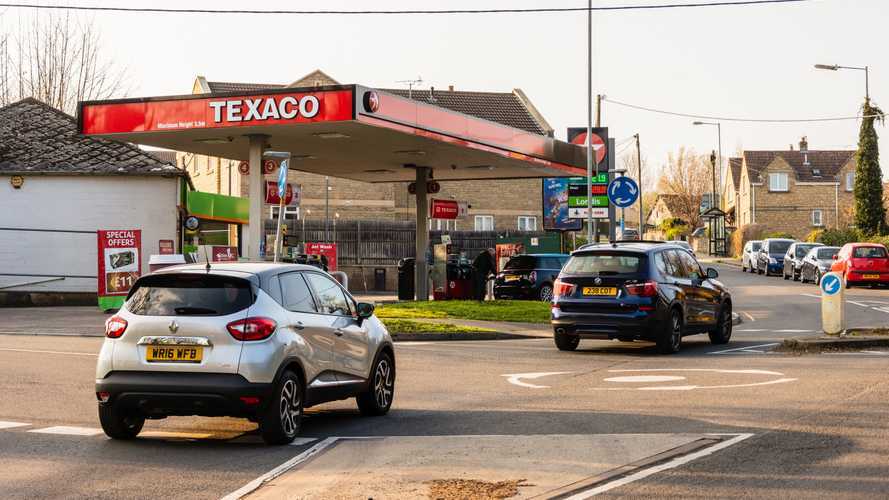 But the RAC says diesel drivers still have good reason to feel hard done by.

UK fuel prices finally fell in September after three months of consecutive increases, new figures have revealed. Data from the RAC Fuel Watch initiative shows the price of petrol and diesel fell marginally last month, although the RAC says diesel drivers in particular are still paying far more than they should be.

According to the RAC, the average price of a litre of petrol is now 114.61p – down 0.17p on the end of August – while diesel prices fell by 0.33p, hitting 118.1p per litre. Although that means petrol prices are currently 9p a litre more expensive than they were during lockdown and diesel is 11p a litre more expensive, both fuels are still considerably cheaper than they were in January.

Filling a typical 55-litre fuel tank with petrol is now around £7 cheaper than it was during the first month of the year, while filling a similar-sized tank with diesel is £8 cheaper. Although that’s welcome news for motorists who suffered consistent price rises throughout June, July and August, the RAC reckons diesel drivers still have good reason to feel aggrieved.

That’s because the organisation’s research shows the wholesale price of diesel – the price at which retailers purchase the fuel before selling it on – is currently lower than that of petrol, yet the forecourt prices remain 3.5p a litre higher. The RAC says the cheapest retailers could sell diesel for 110p per litre and still make a 5p-a-litre margin, but the current prices mean petrol stations are making 11p on every litre they sell.

“After three months of rising fuel prices, drivers will be relieved to see the cost of both petrol and diesel staying the same," said RAC fuel spokesperson Simon Williams. "Since June when prices stopped falling as a result of the coronavirus movement restrictions being eased, the cost of fuel has been going up steadily. While price rises are never good news, they have not gone back to the high levels seen at the beginning of the year.

“Despite this, diesel drivers should feel short-changed by the decision of retailers to keep prices artificially high. The price of a litre is currently 8p higher than it should be due to reductions in the wholesale price. In fact, the wholesale price of diesel has now been lower than the petrol equivalent for six weeks, yet petrol continues to be sold for 3.5p less than diesel. This must surely be difficult for retailers to justify. We strongly urge them to lower their prices in an effort to restore drivers’ trust.

“While it’s always difficult to predict what’s going to happen with fuel prices, imminent rises would now appear pretty unlikely. With the summer travel peak behind us and ever more coronavirus restrictions being introduced, the demand for fuel is likely to wane. The price of oil has already dropped back to below $40 (£31) for the first time in two weeks as the increase in Covid-19 cases dampened traders’ demand forecasts. This, coupled with a higher than expected output of oil from oil producer group OPEC, could lead to lower prices on the UK’s forecourts in the coming weeks.”