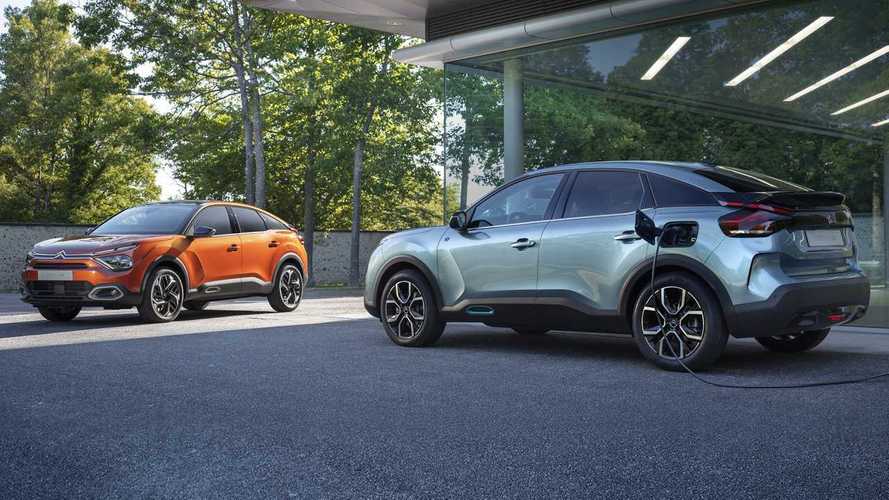 Citroen has opened the order books for its new C4 and e-C4 crossovers, which start at £20,990 and £29,180 respectively. The new models are designed to “shake up the compact hatchback segment”, with raised bodywork and fastback-style lines, as well as the choice of petrol, diesel or electric power.

The car is being offered to British customers with a choice of four trim levels and five different engines, plus the electric motor. However, some powertrains will not be available until the spring of 2021, and the e-C4 only gets a choice of three trim levels.

In exchange for your £20,990, you get the entry-level Sense version, which comes with LED headlights and 18-inch alloy wheels. A 10-inch high-resolution touchscreen dominates the dashboard, and you also get rear parking sensors, dual-zone climate control and the Apple CarPlay and Android Auto smartphone connectivity systems.

More on the new Citroen C4:

Sense models also get Citroën’s Standard Safety Pack with video-assisted autonomous emergency braking, which can slam on the brakes automatically if it detects an impending collision. That comes alongside lane-keeping assistance and driver attention warning.
Moving up to the Sense Plus model adds a head-up display and satellite navigation, as well as a tablet computer holder in the front and a reversing camera. Electrically folding door mirrors feature, too, along with an auto-dimming rear-view mirror.

Climbing further still brings you to the £26,390 Shine model, which gets dark-tinted rear windows, keyless entry, and front parking sensors. The car gets a host of safety features, too, including adaptive cruise control that maintains a safe distance to the car in front and blind spot detection to help prevent drivers pulling out into unseen vehicles.

Finally, the top-of-the-range Shine Plus gets a premium hi-fi system, part-leather upholstery and heated front seats. Electric seat adjustment is included, too, and there’s a wireless smartphone charging pad.

Under the bonnet, there’s a choice of three petrol engines and two diesels, although those choosing the cheapest 1.2-litre petrol will have to wait until May to get their vehicle. That PureTech 100 engine, which comes with a six-speed manual gearbox, will sit at the foot of the range, with more powerful versions of the same engine sitting just above it. The PureTech 130 will come with a choice of manual and automatic transmissions, while the even more potent PureTech 155 will only be offered with an automatic gearbox when production begins in February.

Alternatively, you could opt for one of two diesel engines. The BlueHDi 110 will be teamed with a six-speed manual gearbox when it becomes available in May, while the more powerful BlueHDi 130 is on sale now with an eight-speed automatic transmission as standard.

But if none of those appeal, there’s always the e-C4’s electric motor. Available on Sense Plus, Shine and Shine Plus models, it comes with 134 bhp and an all-electric range of 217 miles. The 50 kWh battery can be topped up to 80 percent in 30 minutes if you’re using a 100 kW rapid charger, while a 7.4 kWh domestic wallbox charger will take seven-and-a-half hours to completely replenish the battery. 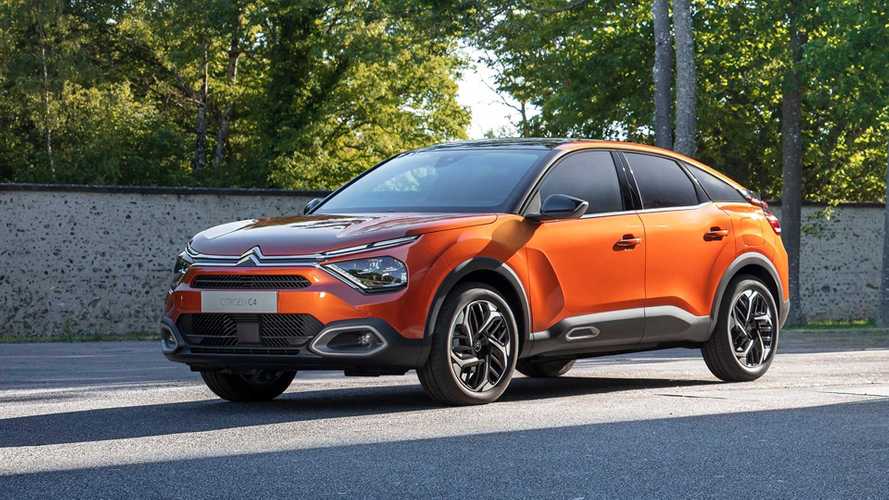