Kia Picanto and Rio updated for 2021 in UK, improved tech and efficiency 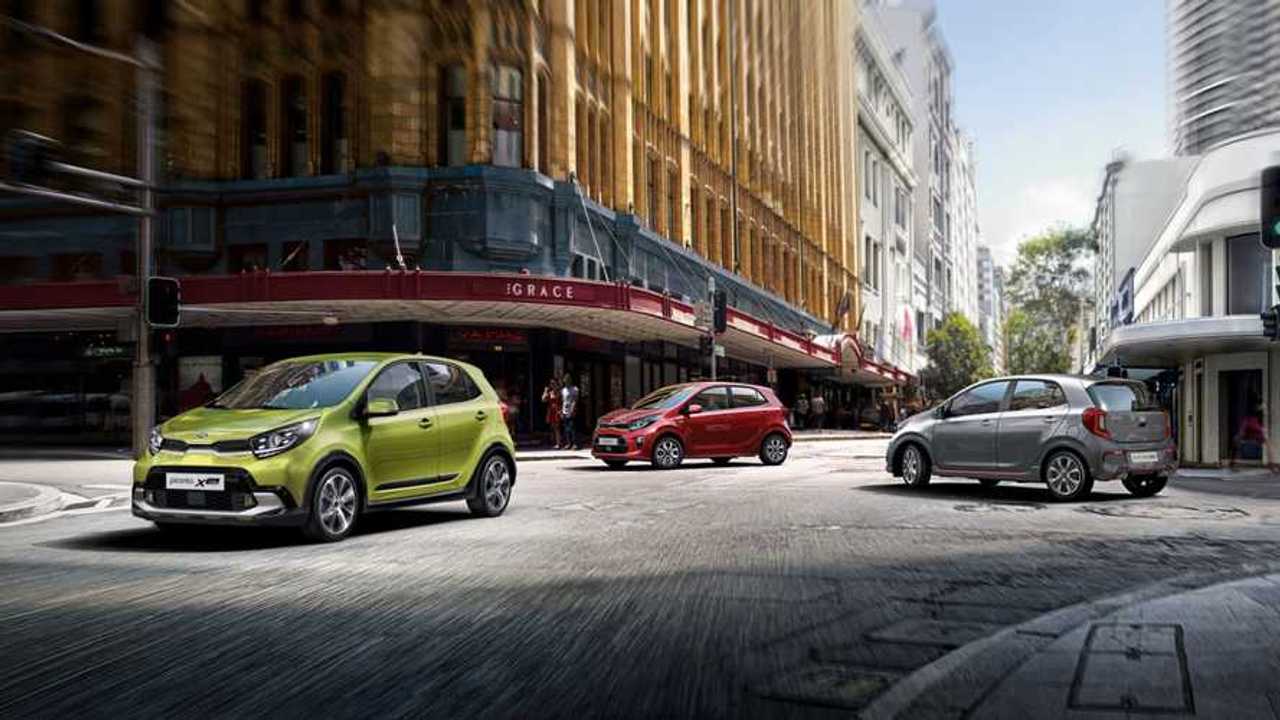 There's mild-hybrid tech for the Rio and updated design for both cars.

Kia has announced updates to its Picanto and Rio hatchbacks, adding new design features, improved efficiency and extra tech. The Picanto gets new engines and safety systems, while the Rio now features mild-hybrid technology and a new infotainment system. Prices start at £10,745 and £13,395 respectively.

The Picanto is the smaller of the two cars, and now comes with a redesigned front end including modified headlights. The GT-Line and X-Line models, meanwhile, benefit from new bumpers and new front grilles, with each getting a distinctive character to match their respective sporty and off-road pretensions.

Inside, meanwhile, the little Kia gets a larger eight-inch ‘floating’ touchscreen navigation system, replacing the earlier seven-inch system. The larger screen brings with it Bluetooth multi-connection, which allows two devices to be paired at once, while the Apple CarPlay and Android Auto smartphone connectivity systems are standard. The car also comes with Kia’s UVO app-compatible connectivity system, allowing drivers to remotely send route directions to the car or check its location, as well as accessing fuel prices or parking details while en route.

Under the bonnet, there’s a new range of ‘Smartstream’ petrol engines, with each offering better economy and emissions than its predecessor. The basic engine is the 1-litre DPi, which produces 66 bhp, while customers can upgrade to the 1-litre T-GDi, which is turbocharged to produce 99 bhp. Both come with a five-speed manual gearbox, but a five-speed ‘automated’ option is offered on all but the basic ‘1’ model.

The slightly larger Rio, meanwhile, has had an equally noticeable upgrade, with a narrower ‘tiger nose’ grille and a lower and wider front bumper. Eagle-eyed readers might spot the bolder fog light surround, too, and there are two new colours on offer: Storm Grey and Azure Blue.

Inside, the Rio too gets the larger eight-inch touchscreen and its UVO technology on all but the cheapest ‘1’ models. That’s paired with a new, higher-resolution 4.2-inch ‘supervision’ instrument panel display, as well as upgraded cabin plastics designed to make the car feel more premium.

Yet the biggest changes are under the skin, with a new 48-volt mild-hybrid system on offer. Available on high-end ‘3’ and ‘GT-Line S’ models, the system pairs a 118 bhp 1-litre turbocharged petrol engine with a lithium-ion battery and regenerative braking system, allowing the car to reduce the load on the engine and improve fuel economy.

That engine can also be paired with Kia’s new ‘intelligent’ manual gearbox, which uses an electronically controlled clutch to switch off the engine earlier than a conventional start-stop system when coasting to a halt, improving overall fuel efficiency. That engine joins a redesigned entry-level 1.25-litre engine in the range, as well as the 99 bhp T-GDi engine also seen in the Picanto line-up.