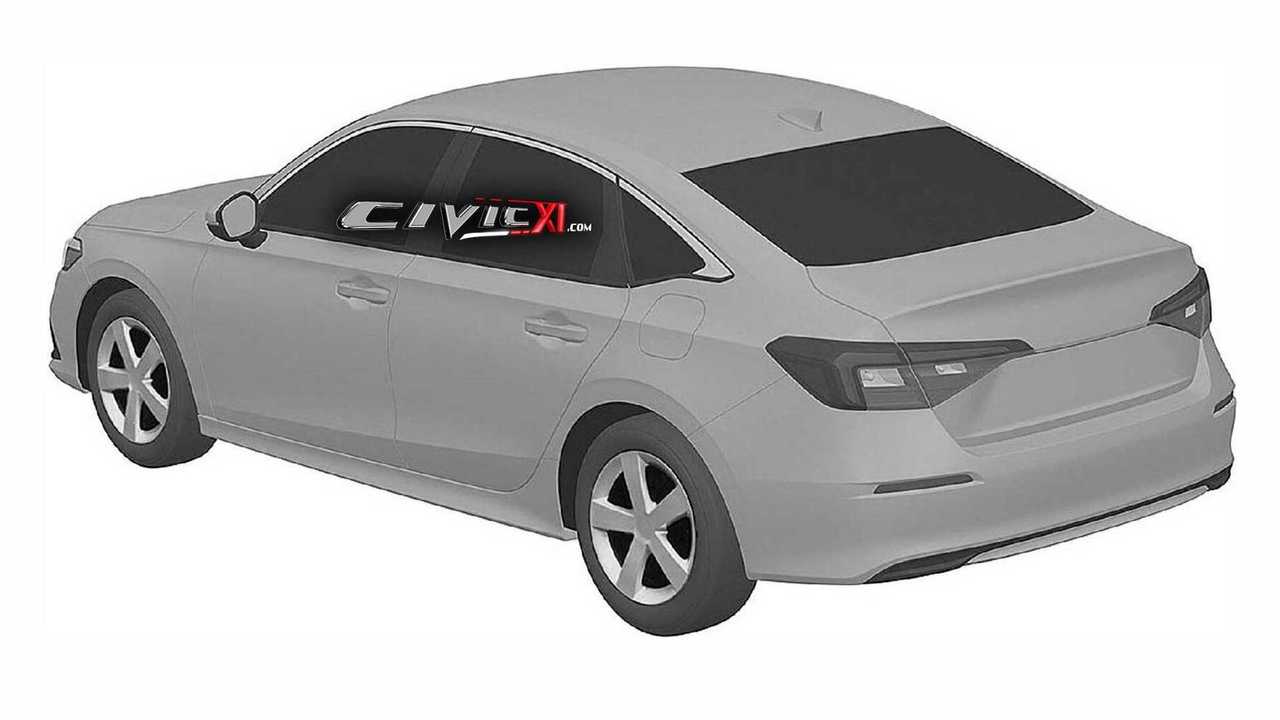 Does it look better than the hatch?

Well, that was fast. Less than a day after the hatchback made an unexpected debut courtesy of leaked trademark images, the next Honda Civic Saloon is being unofficially revealed in the exact same way. Once again, the folks over at the Civic XI forums have discovered the patent photos showing the eleventh generation of the compact saloon way before its debut set for 2021.

The front half of the car is unsurprisingly shared with the five-door model as the changes occur aft the B-pillar where the saloon has a flatter roofline to accommodate the elongated rear. The new Civic saloon appears to have a cleaner and simpler design reminiscent of the Accord and Insight. It lacks the hatchback’s LED light strip at the back where the taillights themselves have a different shape and look.

The saloon appears to have lost the somewhat swoopy profile of the outgoing model and the boot lid seems a tad larger, thus suggesting more rear headroom and cargo capacity compared to the current Civic. The front and rear overhangs seem rather huge – especially when viewed from the side – but we’re hoping they won’t be this obvious on the real thing.

Unless we’re talking Lamborghini Miura or Mercedes 300SL Gullwing levels of beauty, most cars look rather dull in these patent images. We’re confident the actual next Civic will be more exciting in real life, albeit the exterior design seems to play it safe as it appears to be way less daring than what Honda currently sells.

A new Civic is coming:

Honda has already made it crystal clear the revamped model will premiere next spring, with performance Si and Type R derivatives to follow. One flavor of the Civic that won’t return for the next generation will be the coupe, which is hardly a surprise given the decreasing popularity of two-door mainstream cars.

This time around, the Civic hatchback will be manufactured on North American soil as Honda is closing the Swindon factory in UK and moving production of the five-door model to its facility in Indiana.